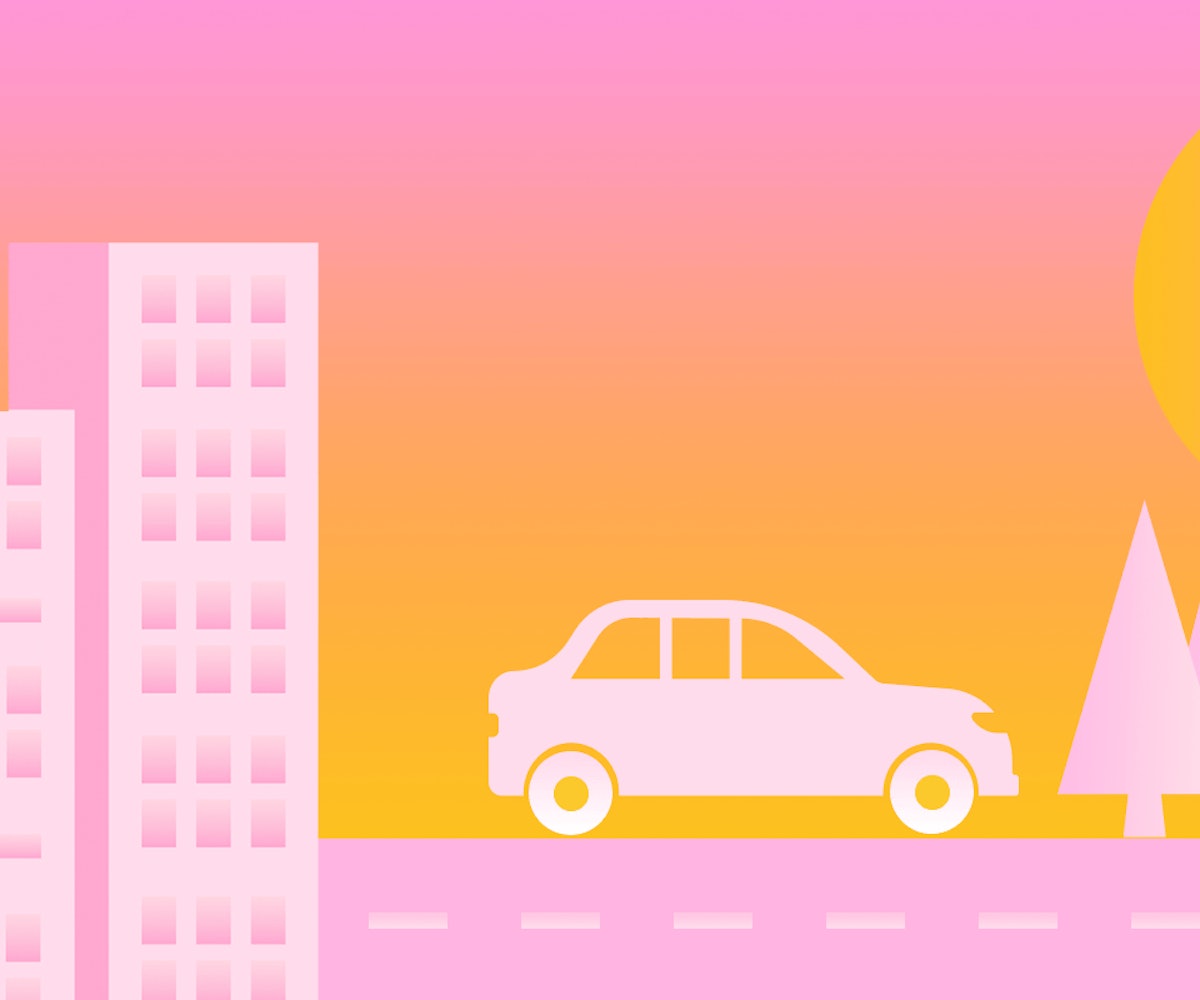 As any millennial knows, being a part of their generation means being diseased, or, at least, afflicted. The symptoms of this affliction—taking baths, being tired, liking houseplants, killing J. Crew, etc.—are pored over by journalists; as if examined through a kaleidoscopic lens, they're refracted into seemingly infinite articles, all of them distinctly oriented, all of them leading to an identical conclusion: Millennials are burnt out. (And broke, which leads to being... burnt out.)

This, anyway, was the conclusion reached by BuzzFeed writer Anne-Helen Petersen in her viral article earlier this year, "How Millennials Became The Burnout Generation," which looked at all the vagaries of being a millennial—the exhaustion, the crippling anxiety, the incapacity to go to the post office—and made clear that there is a reason why millennials feel this way, there is a cause for this burnout, and it's "both more complex and far simpler" than Petersen had expected.

And that cause? To be reductive, it's capitalism and the digital world. To be expansive, it's capitalism and the digital world. The answer is both simple and comprehensive, because the answer to the question of "what is wrong with millennials" is: everything. The entire way our lives are set up in this era of life hacks and optimization and 24-hour access is designed to keep us busy, to dazzle our senses, to overwhelm us. And so the cure to this problem seems similarly simple and comprehensive: escape; get away.

It was because of this type of burnout that, in 2015, Jon Staff and Pete Davis launched Getaway, a means for people to escape their lives and unplug for a little while. Comprised of tiny cabins in rural areas just outside of major cities (New York, Boston, Washington, D.C., et al.), Getaway was not specifically designed for millennials—though both Staff and Davis are in that demographic—but it is certainly aligned with the generation's commonly accepted interests, and is self-described as being an "experience designed to bring us back to our elements, immerse us in the magic of the woods, and challenge us to rediscover the pleasure of boredom, solitude, and unstructured time."

It's also in keeping with what could roughly be called millennial aesthetics; no, there aren't pale pink walls, but the modern cabins are lined with rough-hewn pale wood beams, the beds outfitted in the kind of linens you've seen in the most compelling Instagram ads, etc. They're beautiful and simple and look like very soothing places to get away, the perfect places to disconnect, since there's a place to lock away your phone and plenty of nature around in which to wander. They also range in price between, depending on location and number of people in your cabin, $99 to 199 a night, which is a price that will be comfortably priced for many millennials and prohibitively so for others.

But, of course, they haven't just attracted millennials. As Staff told me over the phone not long ago: "We thought it would be all hipsters [in their 20s and 30s] who work a lot and want more work-life balance. And it's true that that's probably the majority, but the range really is everybody. We get retirees who want to get back to nature, we get cute notes from kids in high school; you have to be 18 to stay in a Getaway, and they'll write up these notes that say, 'We're 17, but we promise we'll be really good!' People go alone to read, write, and reflect." Staff said that if he were to categorize Getaway customers, it would be "more psychographic than demographic. There's a group of people who spans demographics who is eager to disconnect and recharge."

Capitalism is a system that thrives on imbalance and inequality; within it, there are clear winners and losers, haves and have-nots. It's not surprising that as we've ventured away from the labor-organizing movements of a century ago, and entered into an era of nonstop hustle that we'd be feeling the burnout. We're not supposed to work this much; we're not supposed to be this connected. It's this historical truth that's at the center of our current age of burnout, and it's one that Staff and Davis explore in their recent book, How to Get Away: Finding Balance in Our Overworked, Overcrowded, Always-On World.

Staff said to me that he and Davis wanted to write the book because launching Getaway made them realize more clearly than ever before that the need for balance in our lives is profound, telling me: "We take the view that you have to have pretty strong barriers between work and leisure, and that's what we lost in the digital age."

But while it's easy enough to say you need balance and to feel you need balance, it's another thing to understand that there's actually a biological impetus to seek it. Staff explained, "We talk about balance a lot, we try to make that real by talking about the different balances that we're trying to achieve, which is how the book is structured: city and nature, work and leisure, technology and disconnection... We also wanted to offer folks some take-home data that can validate that they're not crazy in feeling this way, can point them to some resources to use in their own life, their own organizations, arguments with folks, and that's why we took a research approach to writing the book. What I didn't expect was there to be so much scientific data to support this."

What Staff found, he said, was that "science shows us that all the stuff we're feeling has a basis in biology and in chemistry. Nature does really wonderful things to our brains; the fluttering of leaves, the flickering of the campfire, or the lapping of waves, actually do lull our brains to a place where fault mode networks are activated. Our cortisol levels do drop when we walk through forests."

These might not be earth-shattering revelations for you—Staff told me about a cynical coworker who told him, "It's nice, but you don't need a book to know nature is good. We all know it's good, we all go there, and it's nice. That's it."—but then again, they might. After all, many things we now think are intuitive bits of knowledge—like, say, that cigarettes are harmful to our health—are actually learned pieces of information. There was a really long time when the average person didn't understand that smoking was harmful, or exactly how harmful it was.

Now, many people see screen-use as being analogous to cigarettes. It's not a perfect comparison, but calling digital use an addictive behavior isn't wrong. Staff said, "The addiction thing is real. Some people say, 'Oh, I'm addicted to my phone.' I don't think they're reflecting the actual science that says, 'No, you are.' When you get that notification or see the red dot, there's a little dopamine blast in your brain that biologically makes you feel a rush. That is a biological reaction to this technology that we call addiction. It is hard to give it up."

The benefits, though, of giving it up are as immediate as the feelings of withdrawal. As with any addiction, it is necessary to retrain your brain, to conceive the world anew. This is something that becomes clear when reading Staff and Davis's book, that curing burnout means reconceptualizing how you want to live and work and being open to the fact that you don't need to be progressing all the time, you don't need to be on. (One of the chapters is titled, "You Are Not a Lightbulb," except maybe you are because if you're on all the time, you too will burn out. Anyway.)

One of the more insidious aspects of the millennial burnout conversation is the ways in which it's become another way to sell things to millennials: things like meditation apps and relaxation pods and, well, maybe cabin getaways in the woods. It's an issue because, if the problem causing millennial burnout is capitalism, how could the answer to that problem ever be to spend more money? And the answer is that it's not, of course. Neither Staff nor I am suggesting that the only way to get rid of your digital addiction or devotion to working late into the night is to spend a weekend at a beautifully appointed cabin in the woods. Though it certainly isn't a bad way to disrupt your routine; as Staff said, "Quitting cold turkey anything is really difficult, but if you can replace a bad habit with a slightly better one, then great. Getaway is one example of this. We're not telling you to move to the woods and grow your own rutabagas. Go for a weekend. We challenge you to lock up your phone, not use WiFi."

What the Getaway philosophy is more about, though, and what the book (which is a lot more affordable than a weekend away!) makes clear is that changing your life, steering clear of screens, and avoiding burnout, doesn't require you to spend any money, it just requires that you shift your perspective. One way of doing that is learning about the inherited legacy of overworked people who fought for balance, demanding things we've now let slip through our fingers—like weekends off and real vacation time. There is a tradition of structured leisure time, with proscribed days of rest being prioritized in every culture in the world, that we shouldn't now ignore just because our phones light up at all hours of the day and night. We should take back these ways of being, turn ourselves off, and be our own cure.

How? Well, start with a small escape. Get up from your desk. Leave your phone behind. And just walk away for a while. The world won't stop turning, but your restless mind might, for a minute, anyway, and maybe more.