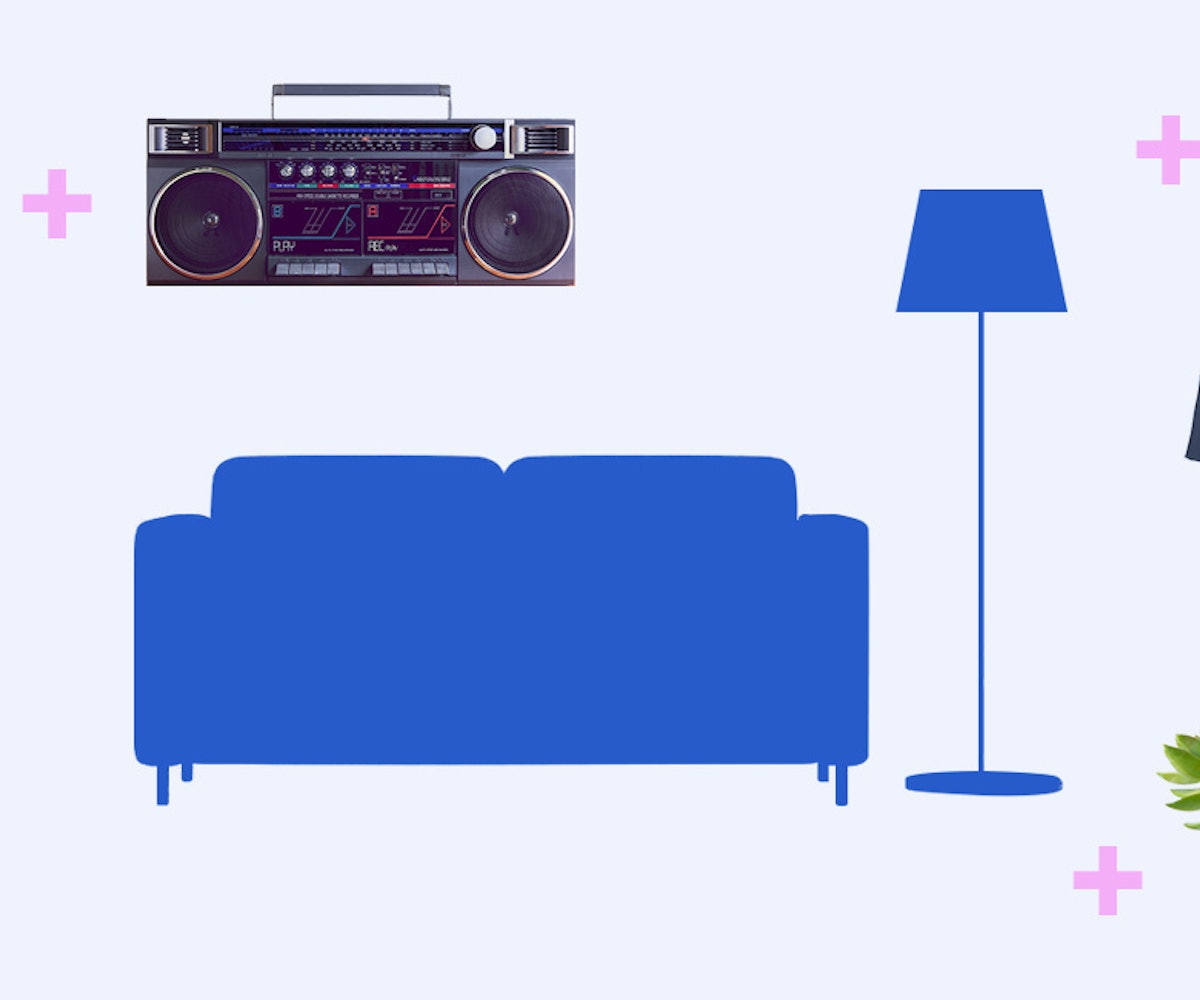 I was staring down my closet—which contained the bare minimum necessary not to spend all my waking hours on laundry—when my eyes focused on a thrifted blazer that had been purchased during my mom's first visit to my new apartment; I thought, I bet I don't need that.

I've had a love affair with minimalism—the act of stripping down and cleaning out—since high school. This was before debates on Marie Kondo dominated Twitter feeds, and even before home design adopted a bare-bones vibe meant to indicate that you had more because you needed less. My love for this kind of essentialized living continued to college, when I experimented with creating the crisp kind of capsule wardrobe that would fit neatly in one suitcase—which unfortunately resulted in donating my only pair of shoes that could withstand freezing rain the night before an ice storm. But still, knick-knacks felt cluttered, too many clothes meant too many options, and as a working student who was striving for a savings account, avoiding buying anything felt like a victory. The quest to have less gave me a tangled sense of enlightenment and awareness of privilege: Having things to clean out felt gluttonous when others had so little, but only having what I truly needed made me feel as though I had unlocked the same sense of clarity that meditation apps tell me I need.

There were no downsides to having less initially. My spaces were clean, and what remained within them were either the things I really adored, or those that I found truly useful. But soon enough I noticed that I was indulging in a strange kind of self-deprivation, one that cloaked itself in minimalism in order to masquerade as a virtue. Small things, like getting a coffee or treating myself to a non-Trader Joe's dinner became opportunities for me to flex my responsibility instead of indulging in pleasure. Once I'd cleaned out my already not-robust wardrobe, I was down to two only pairs of pants and realized, with a sinking feeling, I had nothing to wear to a job interview. And, my bedroom looked empty, as though someone was moving out and had only left basics behind in the interim. Having less became doing less as I battled off new items, new experiences, and small treats as though they were pitfalls instead of privileges, something every human being deserves now and again.

In my effort to simplify, I added something that gobbled up everything else: control. My desire to slash everything was a last-ditch effort to control what felt like an out-of-control life. I couldn't control the job market, or stop wondering endlessly if I were living in the right city, or questioning whether the person I liked would ever acknowledge I was on the planet. I couldn't control the world, but my self-discipline made me feel as though surely, prayerfully, I was doing something to control the outcome of my life. I found myself faced with a question that gets lost amidst our stacks to give away: How do I add back in?

Laura Ferrer, Ph.D., explains that one of the reasons minimalism feels so alluring today is that, collectively, we're overwhelmed. "Chronically rushed and inundated with information, tasks, and 'stuff' of all sorts, we can become exhausted by our daily experience," she says, noting that many attempts to declutter start with the intention of creating literal and figurative space. Ferrerr says when our surroundings are organized instead of overwhelming, we experience a boost in mood that comes from self-efficacy, the ability to cope with what comes up in our lives. Still, she cautions that, as with any lifestyle choice, it's important to check in on whether the path we're following lines up with how we're feeling, so "we can keep practicing in a way that is in line with our current needs and goals, and not just a set of rules we have created."

This was, of course, exactly what I wasn't doing: I clung to rules without reason, convinced that breaking my streak of having or needing less meant I was failing to be in control. Suddenly, I understood why the buzz over millennials overspending on avocado toast, thus delaying homeownership, went so viral: We use small indulgences as scapegoats for systematic problems. That's how I managed to take minimalism, a perfectly good practice, and spin it into something that guilted me for simply existing as a person in the world, someone who can't control everything, and might even want things.

Jordana Jacobs, Ph.D., says that, as with anything, minimalism requires a balance, nestled between the extremes of buying constantly or buying nothing at all. "Mental health, when it comes to shopping or anything else for that matter, is about learning how to exist in the in between, to sit in the gray," she explains. She says that if we're unclear whether we're in control of our lives, we may look to external realities, including the state of our homes or closets, for clues.

Rather than resist the urge to clean out, I refocused attention on adding things in, steps that seem small but are remarkable to me. Slowly, I undid the line of thinking that one can either budget or enjoy a treat, never both at once; I shoved feelings of guilt for splurging on a movie ticket or replacing the tattered white button-down I wear nearly every day in the summer into the metaphorical drawer. I realized that, when asking myself what sparks joy or makes me better, addition often counts as much as subtraction.

"The benefit of adding things back into our lives after a period of extreme minimalism is that when we do so, it is with great awareness," explains Jacobs. That's how I suddenly felt: aware of what matters, and what isn't just worth keeping, but worth adding. It isn't everything, but it's something, a feeling with more clarity than even my most intense purge offered.

And I'm very glad I kept the blazer.