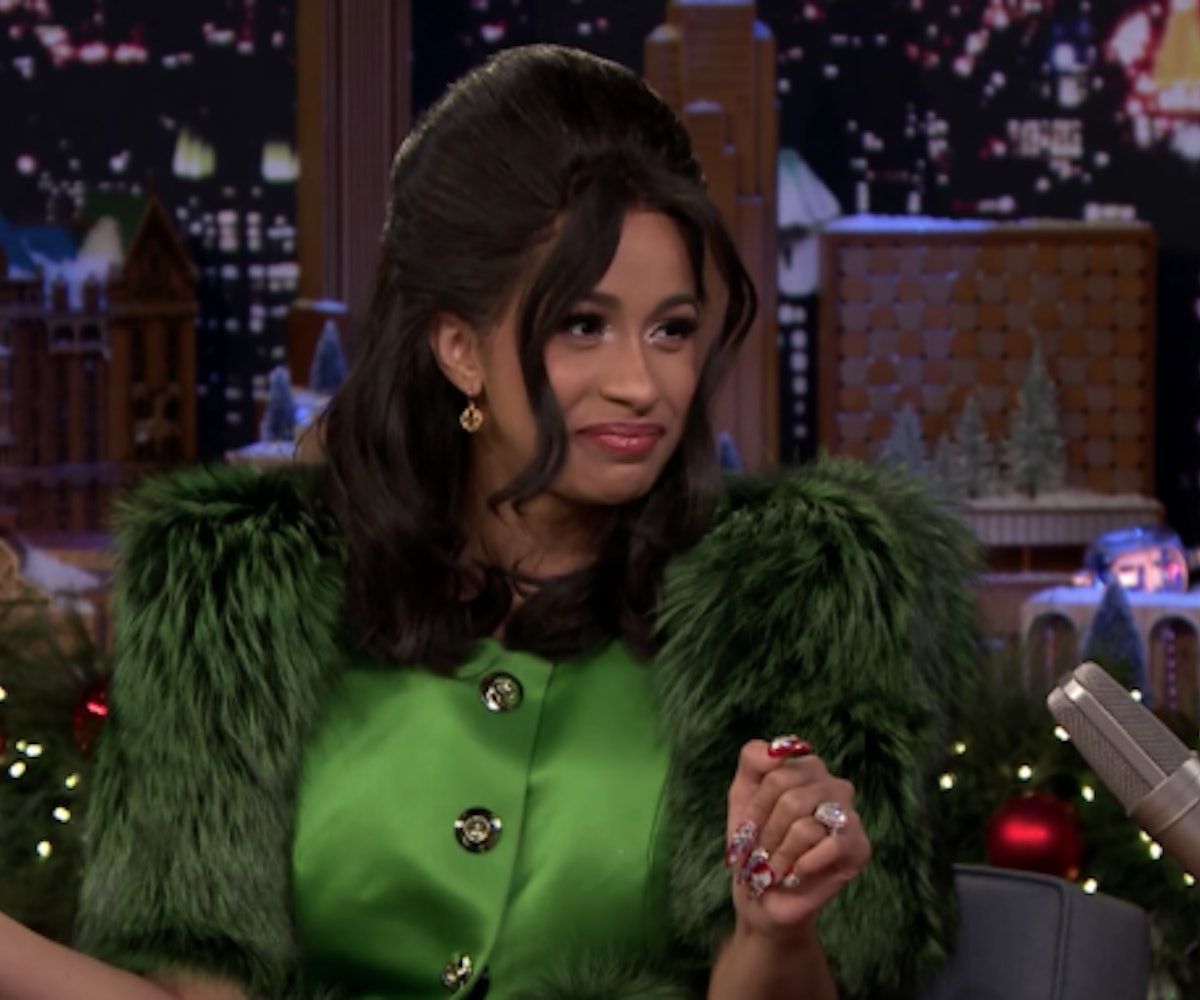 Today, GIPHY released a list of its top performing GIFs from 2018, and it's making us feel seen. The most viewed GIF this year had upwards of 282 million views, and, obviously, it's of the most GIF-able celebrity: Cardi B.

There are more GIFs that reflect the viral moments from the year up until now, and others that have undoubtedly been shared multiple times in more private conversations to show feelings of excitement and love. Last year's list had a similar mix.

Below, we rounded up our favorites from the top 25, which we've definitely been using this whole year (and probably won't stop in 2019). See them, below.

Tyra Banks giving some pretty valuable life advice was number 25 on the list.

A GIF from The Room made number 17 because of the popularity of this year's The Disaster Artist, no doubt.

At number 16, this GIF was a popular result from user searches for "no."

Reggie Watts supporting us is all we needed this year; this was number 14 on the list.

The coolest dog you've ever seen was the eighth most-viewed GIF this year.

This GIF could be sent to anyone you love: friend, family, or partner. That's probably why it came in at number 5.

Colombian pop duo Alkilados were number 2 on the list. We wish we were this excited about anything.

And, of course, Cardi B being her best self made the top of the list. What else would you expect?

NEXT UP
Culture
Not One, But Two BTS Documentaries Are Coming
Culture
In Cann’s Holiday Campaign, The Greatest Gift Is Being Chill
Culture
Simona Tabasco Is the Lifeblood of The White Lotus
NYLON Nineteen
Kosar Ali Is A Met Gala Aficionado