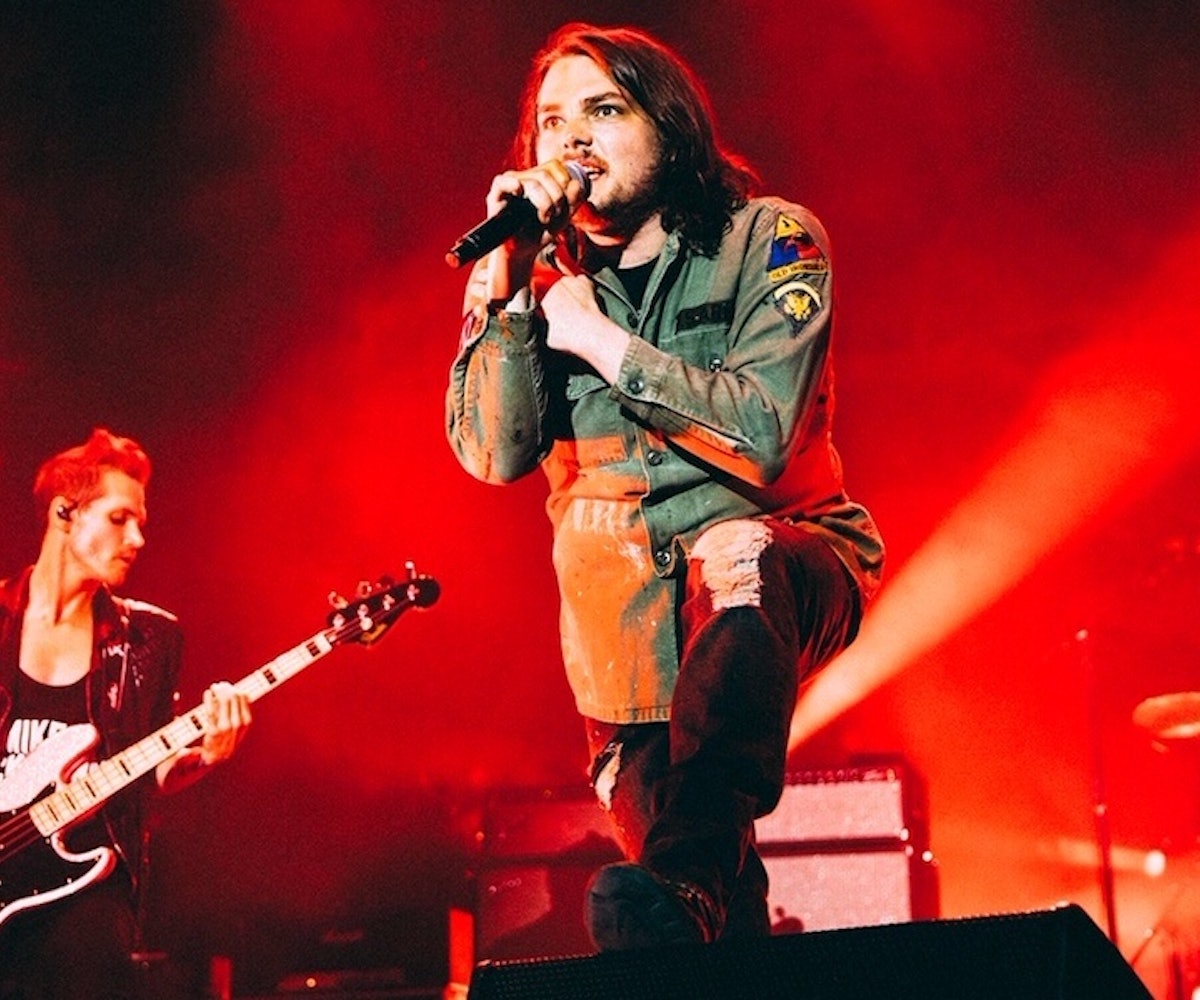 Break out your eyeliner, Killjoys: My Chemical Romance is touring the U.S. in 2020. Following their internet-breaking reunion announcement in fall 2019 and sold-out return to the stage at The Shrine Expo Hall in Los Angeles, My Chemical Romance has finally shared plans to bring their emo anthems across the states later this year. The tour news comes shortly after the band announced stadium shows across the U.K. and Europe, as well as additional international festival appearances.

On Tuesday, MCR teased fans with a silent video and cryptic message on social media to head to their YouTube channel for a special announcement at 11:35 a.m. EST. In the video, titled "A summoning…", a young man cloaked in black leather acts as our protagonist. After seemingly trying to summon the spirits of MCR using a Ouija board, he's chased by a trio of figures in paper mâché masks through a series of rooms meant to represent each of the MCR albums and eras. The "Helena" ballerina makes an appearance, as do the Three Cheers bloodied album-art couple. In the end, the young protagonist winds up on stage in an arena, and the screen fades to black to reveal tour dates.

Based on the tour schedule at hand, it appears that there are very few potential opportunities for MCR to squeeze in additional shows should they (inevitably) sell out, so be sure to set your alarms and be online promptly when tickets go on sale. It's the band's first U.S. tour in nearly a decade, and many venues listed only are prepared to accommodate approximately 20,000 fans each. Last Friday, tickets for two back-to-back shows at Stadium MK — a venue with a whopping 30,500 person capacity — sold out within an hour of tickets going on sale. A third date has been announced, and is looking likely to sell out.

Amongst the U.S. tour dates include a handful of music festivals, including the legendary Riot Fest in Chicago, IL, as well as Music Midtown in Atlanta, GA, and Aftershock in Sacramento, CA. Check out the official video announcement and full list of 2020 U.S. tour dates below. Tickets go on sale on Friday, January 31 at 12 p.m. local time here.