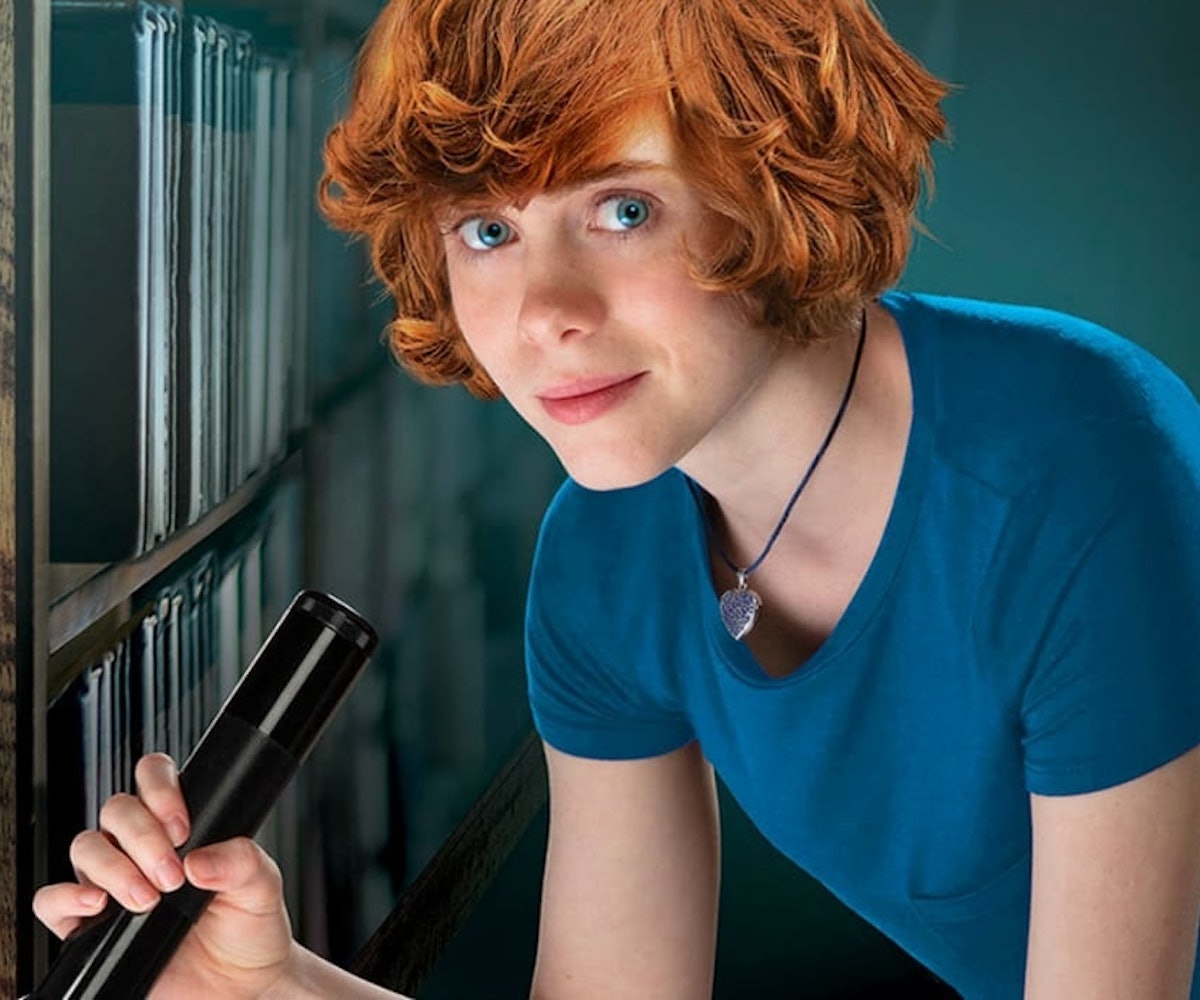 Recently, a brand-new version of Nancy Drew became available on DVD and On Demand services. Nancy Drew and the Hidden Staircase, starring Sophia Lillis from It as the famous teen sleuth, actually received a brief theatrical release in March from no less a studio than Warner Bros., whose home entertainment division produced the new film. The theatrical release was only at AMC theaters and served mostly as a quick advertisement for/legitimization of the new film, which plays very much like a direct-to-video offering, both in its charming modesty and its lack of ambition. It's a decidedly less eye-catching take on Nancy Drew than her last big-screen outing, the 2007 film written and directed by Andrew Fleming, with kind of a Brady Bunch spin (Nancy, played by Emma Roberts, is a girl whose retro tastes nod at the old-fashioned source material, juxtaposed with puzzled 2007 teenagers. It's funny!).

In some ways, Nancy Drew feels like the teen girl equivalent of Tarzan or Robin Hood—one of those much-told stories that studios are always trying to reboot for contemporary audiences, familiar characters whose IP rights (if any) won't break the bank. Warner Bros., perhaps more conscious of their studio's storied history than some of the other major conglomerates, has produced a number of these would-be franchise-starters, usually to little acclaim. But while new iterations of Tarzan and Robin Hood are understandably greeted with variations on "nobody asked for this," it's hard to say the same about Nancy Drew—even if it may technically be true.

Like her pulpier male counterparts, Nancy Drew's onscreen history at Warner Bros. dates back decades. After buying the rights to the books (originally published in the 1930s), the studio quickly produced a series of four Nancy Drew adventures, released over the course of about a year between fall 1938 and fall 1939, starring Bonita Granville as Nancy. They're clearly a product of their time, especially in Granville's performance, which has that vintage Hollywood mix of adult affect and more childish characterization. In reality, Granville was almost the exact same age as her character when she made her Nancy Drew movies; in the movies, Nancy variously reads as both younger and older than her given age of 16. Nancy has a more stereotypically "girly" veneer in the movies, a bit more prone to petulance or shrieks of panic; the new Hidden Staircase makes sure to give her some tomboy bona fides. But Granville's version is worth seeking out; she gives Nancy a screwball energy not dissimilar from more adult-oriented comedies of the era.

And the old Nancy Drew movies do often play as comedy—sometimes delightfully, and sometimes to their detriment. The weakest one, Nancy Drew: Troubleshooter, feels weirdly distracted from its central mystery; the movies usually tip their culprit well before their finales, but this one reveals a murderer especially early, and spends a lot of time putting Nancy and her sorta-boyfriend Ted Nickerson (née Ned Nickerson, in the books) through quasi-spectacular slapstick. The movie ends not with Nancy sleuthing around or disarming a bad guy, but with the kids spiraling around in a biplane, which Ted (Frankie Thomas) is comically unequipped to steer or land properly. Troubleshooter also tries to wring some comedy from a racist scaredy-cat caricature of a black farmhand, which leaves an awfully sour taste, especially for a film series aimed at least in part at kids.

But the other films are often genuinely funny (and, bonus, not directly racist!). The mysteries are never especially complicated, though viewed 80 years later, they do have a charming fustiness: one (Nancy Drew: Detective) involves a long scene where Nancy and Ted must trail a homing pigeon, and another (Nancy Drew and the Hidden Staircase, based on the same source material as the recent film) begins with a search for a briefcase full of affidavits. In fact, what's often fun about the movies is how inessential the mysteries are, and how Nancy is nonetheless deeply and intractably compelled to poke her nose into them, dragging poor Ted along in the process.

That's where Granville's screwball energy comes in: This Nancy is a bit less upright, a little more underhanded, and a lot more manipulative—griftier, really, than the kid-lit incarnation. Hidden Staircase ends the series (spoiler?) with Ted being taken off to jail again, facing punishment (or at least admonishment) for Nancy's investigative crimes, including forging a suicide note for a murder victim while she searches for the real killer. The movies' zippiness, and obvious affection for Nancy's meddling, makes them less junior-level noir or legal soap opera than screwball farce for kids. Within this frame, Nancy's qualities that could read as sexist—she's a reckless driver, for example—become endearing, even triumphant. Nancy is never rebuked for being a menace behind the wheel, beyond Ted's impotent complaints.

The Nancy Drew movies also resemble a hybridization of new and old television. Like classic TV procedurals, they have recurring characters and comforting running gags, but no continuing story line; Nancy and Ted's relationship doesn't really progress, and no one's worldview particularly changes. But in number and length, they're a little closer to a limited series: four episodes whose hour-and-change runtimes more closely resemble the TV-plus length of a prestige drama (and many of those, despite their pretensions toward psychology or sociology, basically are stretched-out procedurals). Of course, making a series of hour-long cheapies for the second halves of double bills at the cinema wasn't a revolutionary act in the 1930s, any more than the episodic nature of older television is a bold stance against serialization. But it nonetheless offers some of the lost comfort of an old episodic detective show, without the CBS obsession with sex crimes or gore.

The Nancy Drew series is available on a DVD set, one occasionally will turn up on TCM, and one of the best entries, Nancy Drew: Reporter, is currently streaming on Amazon Prime. But the series isn't talked about much, just as the recent movie didn't receive much attention and the 2007 version flopped at the box office. But maybe there's still something in the air: Veronica Mars, probably the most beloved recent (and unofficial) reinterpretation of Nancy Drew, is returning for a limited Hulu series, following its original three-season run and a follow-up movie (which, like the new Hidden Staircase, received a brief Warner-backed theatrical run).

Veronica Mars started as an amateur sleuth, too, though as she's moved into adulthood, her character has gone pro. That amateur status gives Nancy Drew's adventures some extra kick, and may have to do with whatever enduring appeal they hold (private eyes may be less of an onscreen staple these days, but, in most of her incarnations, Nancy isn't exactly licensed). During a time of fascination with young lady grifters, the young lady as amateur sleuth, working her way into investigations that haven't hired her, is an irresistible counterbalance—fakery with a righteous cause. Some versions of Nancy Drew make for great role models, but it's just as heartening to see a 1930s movie series with so little interest in ladylike decorum.