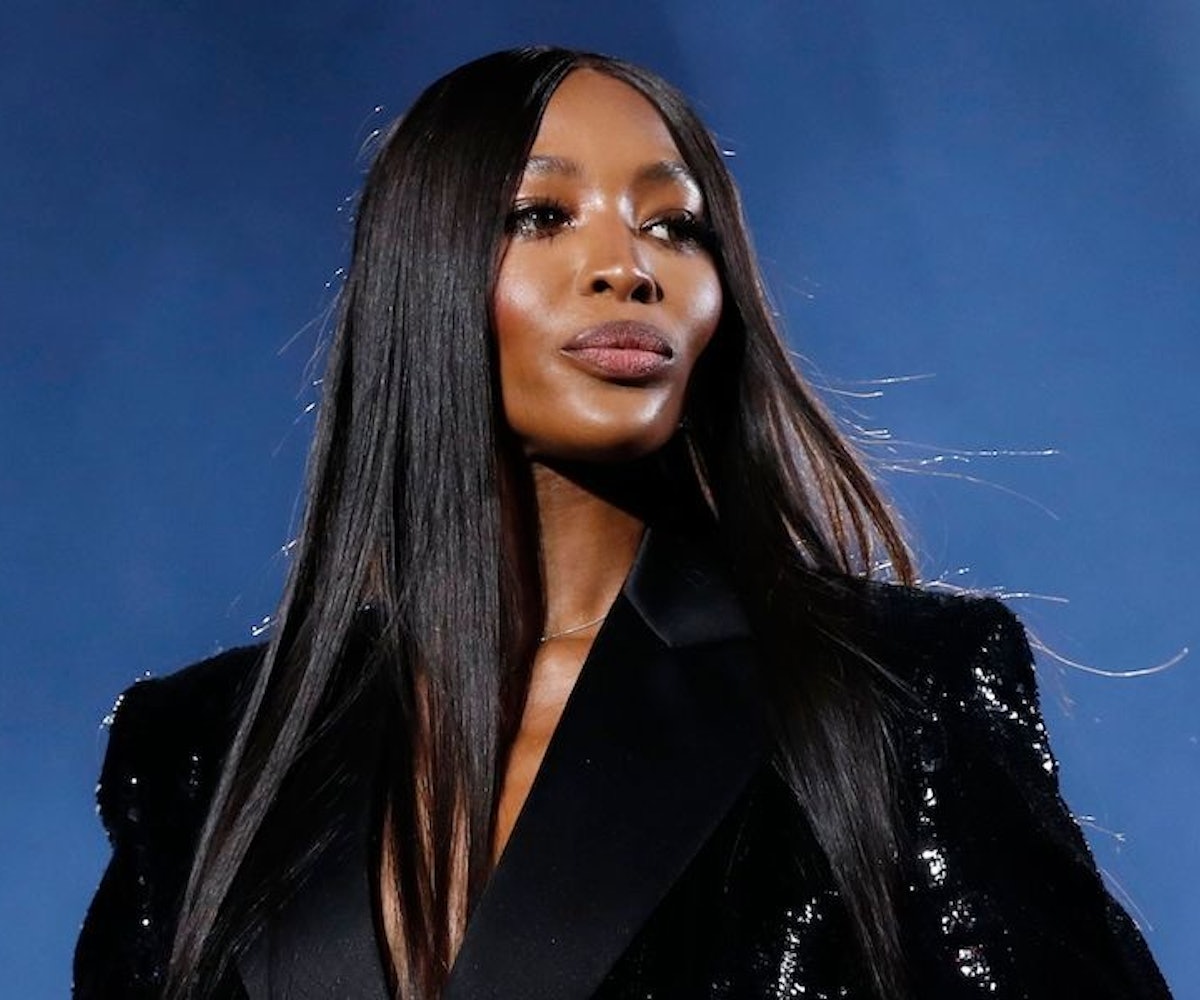 Naomi Campbell shut down the runway for Saint Laurent during Paris Fashion Week on Tuesday in the suit to end all power suits. The double-breasted jacket and matching trousers were covered in slick sequins that give off a sheen similar to patent leather from far away, catching the light without being gaudy.

The styling of the suit let it take over as the main spectacle; Campbell's accessories were limited to a delicate silver chain and pointed-toe pumps, with an ultra-natural makeup look and clean center part. Campbell's Mona Lisa smile is a whole mood, because how could you not feel like a boss while strutting in this 'fit? If I owned a suit this good, I'd never take it off.

The show itself was a Parisian goth spectacle, with Voguelikening it to a rock concert beneath the Eiffel Tower. It began with an array of deep jewel tones and metallic patterns, before turning to almost solely black array of suits for the second half. In addition to Campbell, Kaia Gerber, Anja Rubik, and Stella Tennant also appeared on the runway.