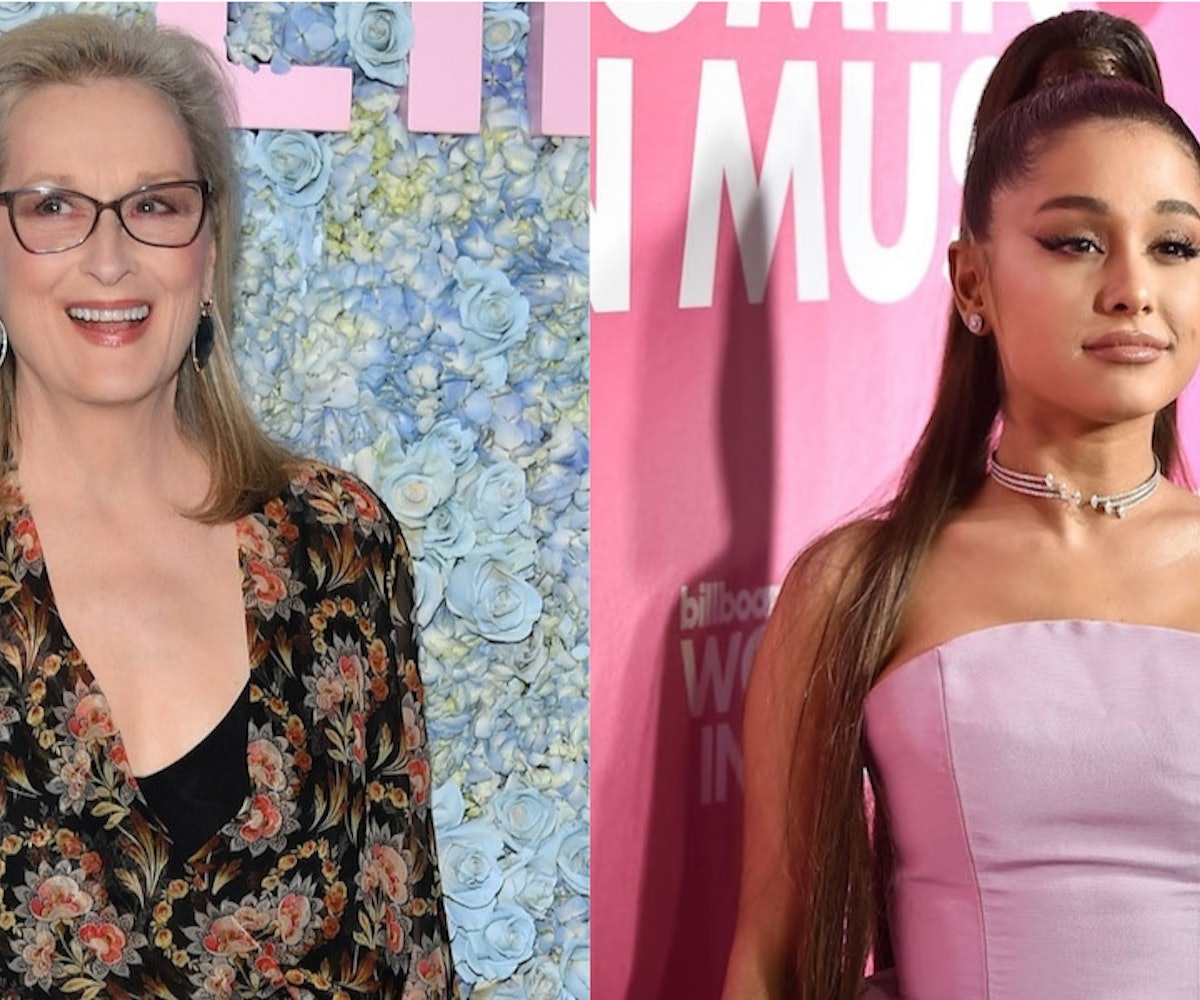 The Prom is coming to Netflix. The Tony Award-nominated Broadway show is being transformed into a star-studded movie musical by American Horror Story creator Ryan Murphy, who already tapped the likes of Meryl Streep and Ariana Grande to star.

The story follows young queer high schooler Emma, whose school board would rather cancel the prom altogether than allow her to take her girlfriend as her date. Currently, Deadline reports Murphy and Netflix have yet to find the actress who will star as Emma, but a number of celebs fill out the rest of the cast. Streep, James Corden, Nicole Kidman, and Andrew Rannells play washed-up Broadway stars, while Awkwafina will be the poor publicist, Ms. Sheldon, tasked with wrangling the four of them. Grande will reprise her Mean Girls schtick as Alyssa, Emma's popular classmate, and Keegan-Michael Key joins as Principal Hawkins.

The Prom's film adaptation is currently slated for a fall 2020 release, first in theaters before it drops on the streaming platform. But, do you think we could get the soundtrack sooner? I'm ready.