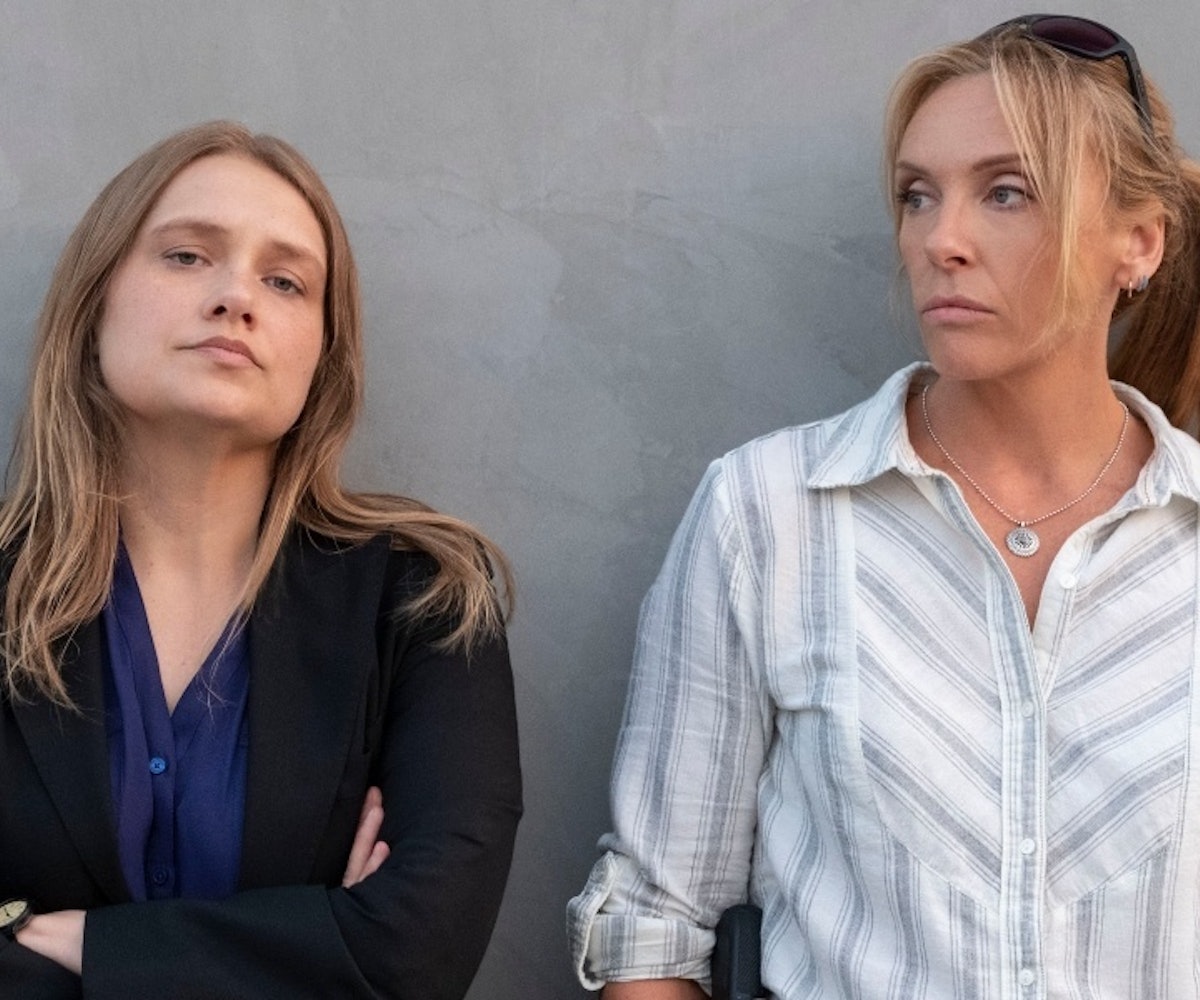 Toni Collette and Merritt Wever are tracking down a rapist in Netflix's upcoming series, Unbelievable.

Based on the Pulitzer winning article "An Unbelievable Story Of Rape," published by The Marshall Report, it tells the story of a nationwide investigation to find a serial rapist that police departments across the country are reluctant to admit exists.

When 18-year-old Marie Adler (Kaitlyn Dever) reports that she's been raped, neither detectives nor her loved ones believe her. Unbelievable then goes hundreds of miles away, where "detectives Grace Rasmussen and Karen Duvall (Emmy winners Toni Collette and Merritt Wever) meet while investigating an eerily similar pair of intruder rapes." These two women figure out that one man is likely responsible for all of the attacks and get to work to track him down, without much help.

The series also stars Danielle Macdonald and, appropriately, Law & Order: SVU alum John Hartmann. And in case you were wondering, the real-life rapist was caught, confessed to multiple crimes, and was sentenced to 327.5 years in prison.

You can check out the intense trailer, below, and watch the entire series when it debuts on Netflix on September 13.