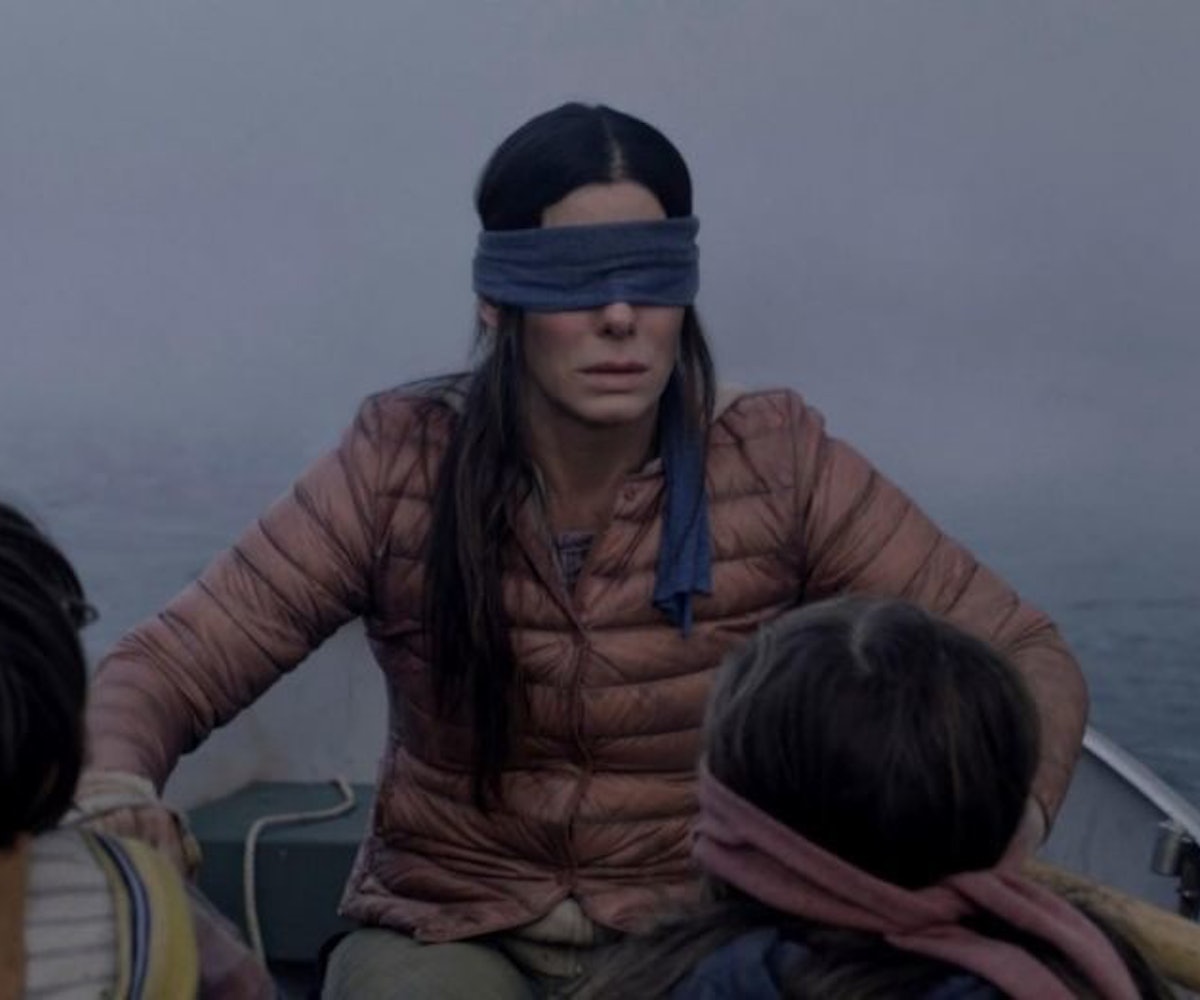 Over the weekend, it seems like everyone watched Sandra Bullock's new Netflix film, Bird Box, which is set in a world where people are forced to walk blindfolded to escape a sinister presence that makes anyone who lays eyes on it suicidal. And, since the internet exists, the film has spawned a ton of memes and one challenge that Netflix has had to advise against.

Like the Tide Pod challenge before it, there's now a Bird Box challenge in which users are blindfolding themselves and then performing (sometimes risky) tasks to parody the events of the film.

After a few videos involving dangerous stunts have gone viral, Netflix has issued a warning on Twitter about going overboard with the challenge for likes and retweets. "Can't believe I have to say this, but: PLEASE DO NOT HURT YOURSELVES WITH THE BIRD BOX CHALLENGE," reads the tweet, which continues to say that the characters of the thriller wouldn't want fans to "end up in the hospital due to memes."

Hopefully, the wannabe stunt people trying to get attention on the internet can see this warning through their blindfolds.