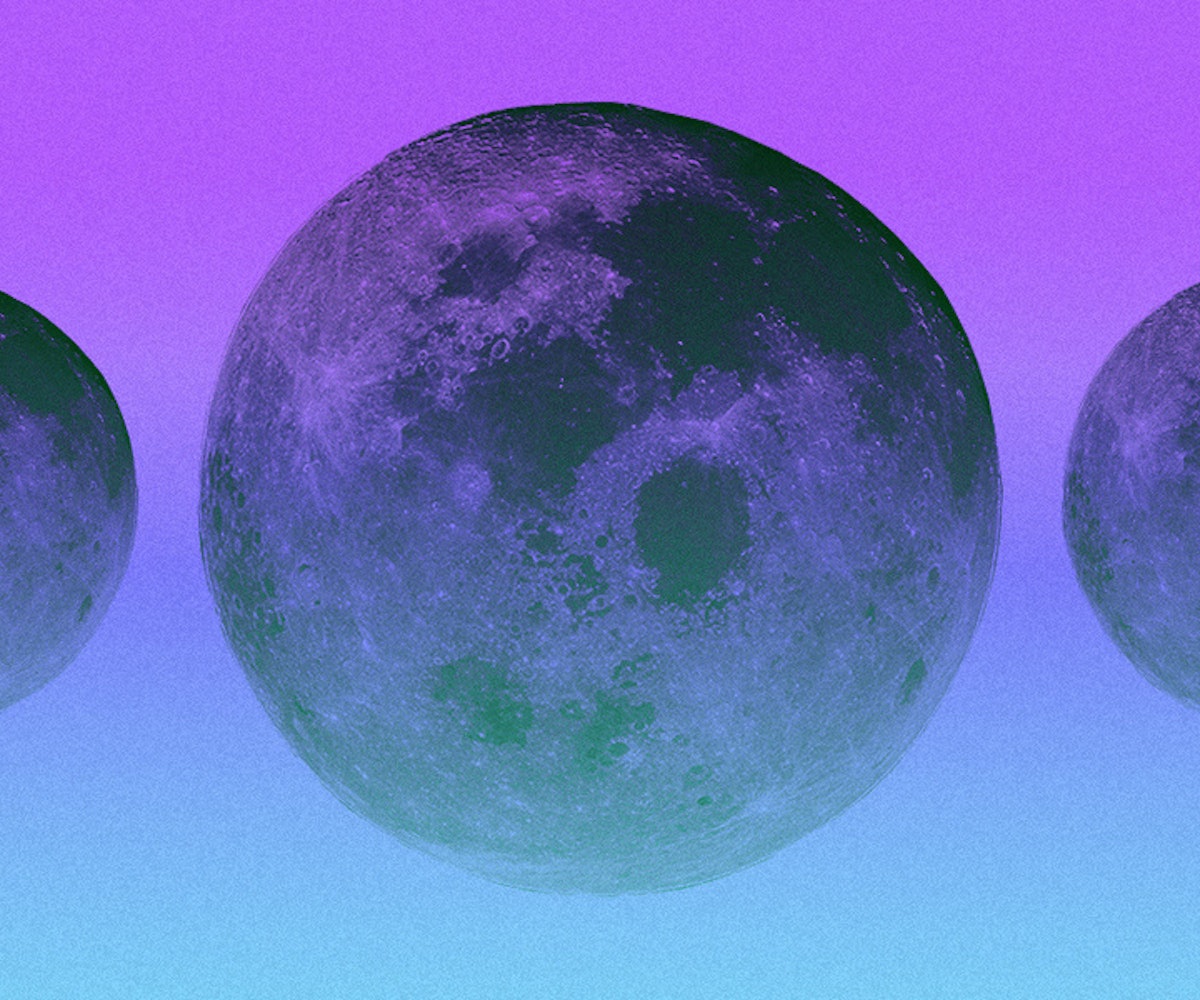 It's important, when we talk about the new moon, to talk about night. There are various kinds of night; there is the kind of night that lets one stand underneath a full moon in a large earthly expanse and feel oneself illuminated by blue cosmic light, which is full of secrets millennia old. Whispered nightly by our ancestors and by our future children—this night is not one of those.

This month, the new moon in Sagittarius asks us what a story can do. Sagittarius is a fire sign, mutable and therefore interested in collecting the threads of others. Sagittarius thrives in a circle, they get louder and brighter as they spin a tale. While the other fire signs, Leo and Aries, cry out the royal "we" and the child-like "I," the Sagittarius exclaims, "Over here!" Independent and generous at once, Sagittarius isn't so much interested in showing you who they are. They are absolutely invested in a sense of place, in what a landscape can teach us, in a self that is always redefined by context. They are the kind of horses that do well in a stable until they break free, and then they are wild horses, as if they'd never been tamed at all. Enamored with what happens when kindred spirits brave the odds together, Sagittarius dreams of the kinds of bonds that allow them to grow as individuals.

There isn't a year that goes by that I don't think of my dear Sagittarius friend Claire who, as a young girl growing up in Virginia over a decade ago, wrote an application letter to a cowboy college in Bishop, California, hoping against all odds that she would be the first girl admitted to their program. This college has only opened its doors to women in the past year, on the heels of a lawsuit, and—judging from its website—it's not the kind of place a woman would have the support to thrive anytime soon. Her desire to be where the wild terrain and horses are, her optimism, her moral compass which quivered toward an epicenter of gender disparity, I think about all these things when I think about a Sagittarian new moon night. It is darkness where freedom is the objective and the guiding principle.

For those of us who don't believe we've ever known freedom, or question what the word freedom can mean in a "free country" where children die in cages for attempting to be free, it can be heartening to remember that the moon belongs with the Earth and not to it. This moon, the one we know, the one that some of us use for dreaming while others use to light a path forward, loves every earthling without regard to nation. She chooses this planet and, in choosing it, chooses us.

Every story that defines the moon as belonging to Earth is a story that wants us to forget about the power of choice, about the kind of bonds that are only made possible through reciprocity and mutual intention. For this month's new moon in Sagittarius, while Jupiter grows stronger and more powerful in his home planet, take time to sit in the dark and savor it. These are the nights when recognizing what you don't know will give way to finding your wild place in the family of things. These are nights when the stories you've inherited, the ones that echoed in your head all year, will quiet down, and in that quiet, you'll hear the murmuring of something unwritten and entirely your own.