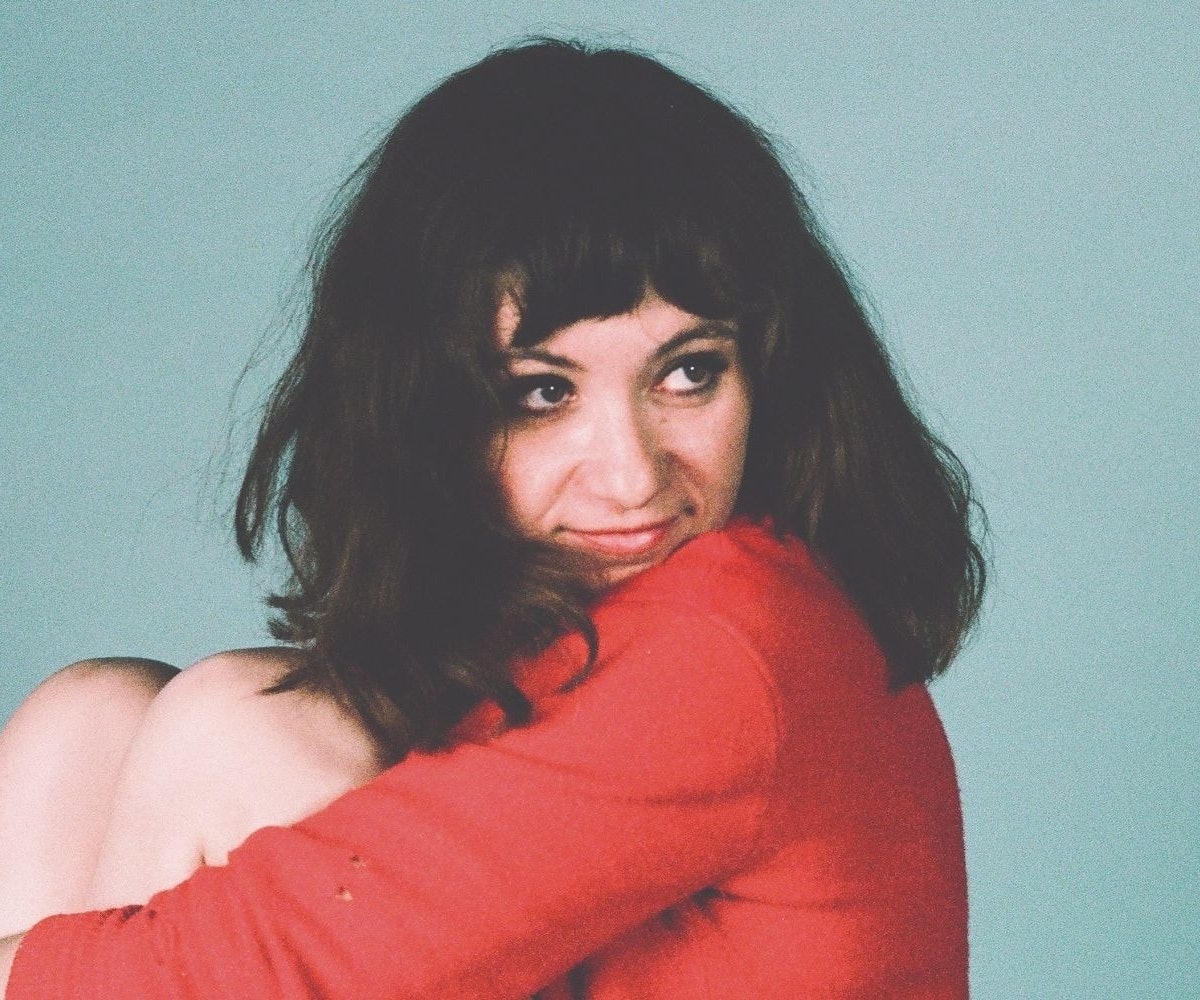 Noël Wells is still trying to figure everything out, and she's more than okay with that. She tries to keep her routines simple and consistent, eating and wearing similar things each day to mitigate what she says is her "pretty bad anxiety." Ahead of the release of her debut album, It's So Nice!, I talked with the actress and comedian (and now, musician) about astrology, personal growth, and finding beauty in the murkiest of realities. "This is a record of a person figuring things out so that, hopefully, I'll be able to share the way that I figure things out moving forward," she tells me.

Though Wells is best known for her turns on Saturday Night Live and Master of None, turning to music isn't all that surprising of a career move for her. In middle school, she participated in band, and in high school, she created a pop-punk group "that was, you know, questionable." She tells me, "It was called Red Tag. Actually, we recorded an EP, and I raised $400 from my tips from when I worked at Sonic... and then I supplemented the rest of the cost by selling anti-George W. Bush pins in the hallways during passing period." Those funds bought them a sweet two hours of time in a recording space, during which they cranked out four songs that "still exist somewhere," but she doesn't mention where. "They're really… they're fun."

"After that, I never seriously considered doing music as a career path," Wells says. "I went to college, and I was like, I want to do comedy, but secretly I want to be a director." And all continued in that vein until Wells' Saturn Return really hit her. "Oh my god," she says, "I thought that my Saturn Return started after I got let go from Saturday Night Live, which was when I was 26... And then I thought it was starting after they didn't bring me back for Master of None... And then I thought my Saturn Return started after my movie, but, really, I think the thick of it was 2016 to, like, maybe yesterday," she laughs. "I just had such a hard like three years, and I wrote. But I do think it was a creative awakening for me. It sounds embarrassing to talk about, but I really started seeing all these things being stripped away, all these patterns, and my point of view on the world being completely flipped around."

"And then I thought my Saturn return started after my movie, but really I think the thick of it was 2016 to, like, maybe yesterday."

"After I finished my movie [Mr. Roosevelt], a lot of career stuff settled in a way where I got to see what working in the entertainment industry was really like," she tells me. "I just found myself." The album process "started as me wanting to write poems, but then the poetry sort of came out of me like songs," and eventually, she got a guitar, took some lessons, and wound up in a recording studio.

The title of the album, It's So Nice!, and its accompanying track encapsulate much of what Wells explores on her album. There are two versions of the song on the album—one fully produced, and one much more stripped-down, closer to the demo, left as a closing note. "The original version of the song, it's super ironic; it's a sad song. But it was really a song about how even though I'm in one of the darkest periods of my life, I really do see how beautiful everything is." Wells sees the parallel of her experience to that of the world around her: "I think we're in some very dark times, but because of that, I think we're all being shown really what's important in life and if we're open to seeing it, what's beautiful about existence. And what's beautiful is love, is beauty, is our connection to other people."

"Each song is a chapter of a book," Wells confirms, with the finished project "encapsulating this period of my life." She kept a keen eye on its ordering, on the emotions she wanted to evoke and when. There's cheery realism on tracks like "It's So Nice," but there's also murkier contemplations. "I would hate for it to be labeled this way, but a lot of the things that I was going through [on It's So Nice!] are my #MeToo stories. I've gone through so many messed up career situations, and I had to deal with the traumas that I had and the ways that I was taken advantage of and how people weren't there for me and nobody believed me," she says. "It's sort of a recurring thing… it's not just the entertainment industry. It's just what it is being a woman, trying to find agency in a world that's very patriarchal."

That being said, she looks at the "flip side" of that momentarily on "Silver Lake." "We've become this punitive culture where we punish people for making mistakes; we swarm on people and tear them down, [and] that seems to be just the same problem," she shares. In cancel culture, there are plenty of things she agrees we should cancel, like "corporations" and truly vile people. She continues, "The song says it better than I can, but it's this idea of… we cancel artists because they did something wrong, or they said the wrong thing, when everybody is messed up. The only way we're going to get better is if we give each other space to recognize our mistakes and grow from them."

Peer more closely at the liner notes, and you'll notice that Wells didn't seek out much help when writing her songs—aside from a select few, she takes the full writing credit on each track. "I came into the [recording] process with all the songs written," she tells me. But, she only started learning guitar two years ago, which limited her scope, "so some of my songs came out in a folky sort of way. There was an inherent simplicity to it." The country vibe, she credits with her growing up in Texas. And she was more than happy to let that live on its own on the record, but once producers got involved, the songs were able to grow into fuller, richer texts. A bridge here, a new instrumentation there, and her folk simplicity got a bluesy, singer-songwriter edge that really ties her full emotional story together.

As she sends her first complete musical project out into the world today, Wells seems to have a sense of ease about the whole thing. She's not pushing herself to make it into something it might not be; she'll be heading out on tour in support of Sam Fender this fall, but after that, there's no pressure for anything very specific. "I'm looking forward to directing a couple more movies that are directly on the horizon. And then I have a TV show that's in development currently," she says. "My goal is that I just want to keep making really good work and working with great people and telling great stories."