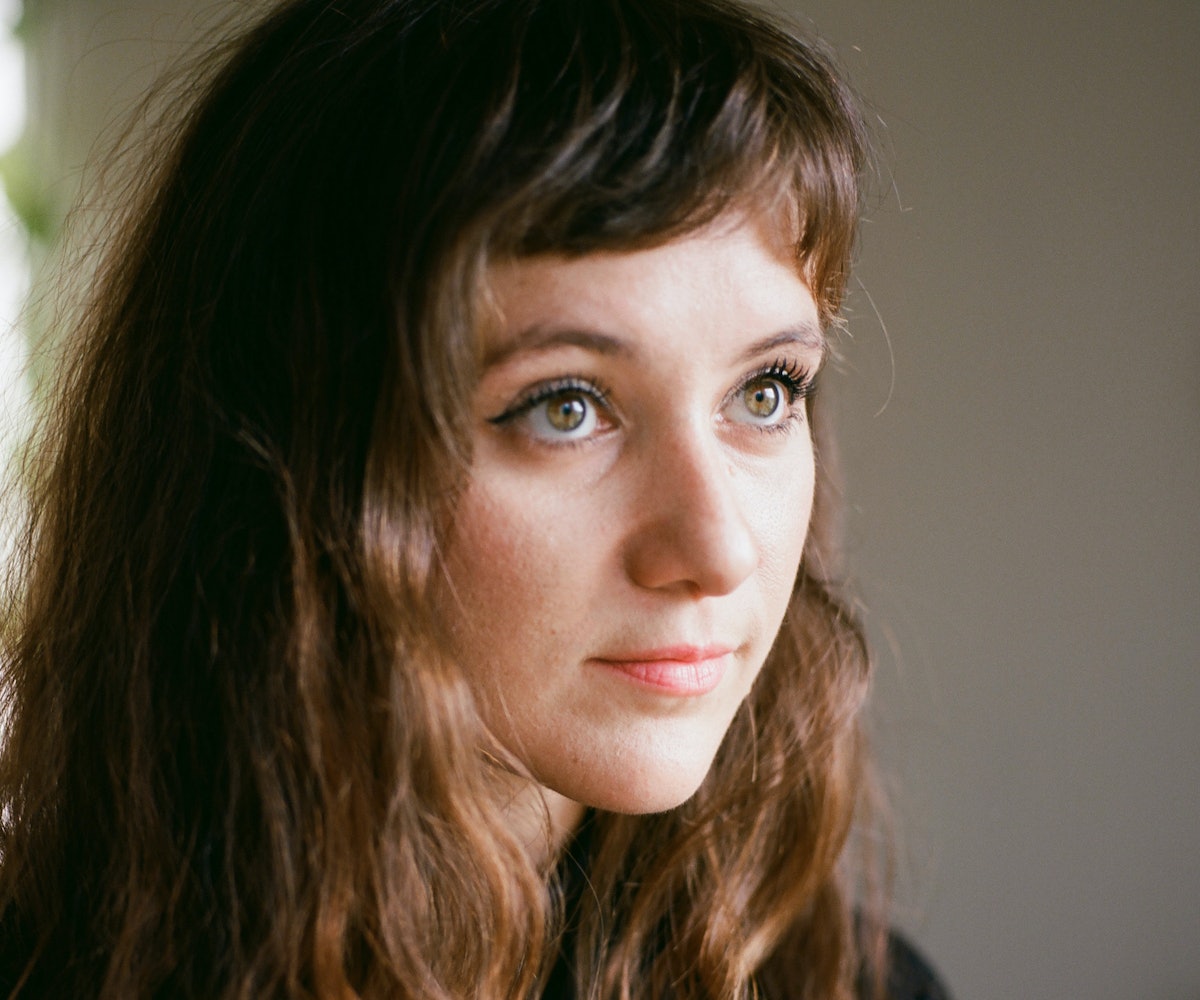 You probably know Noël Wells from her stint on Saturday Night Live, or from her work in buzzy indie films like Mr. Roosevelt, which she wrote, directed, and starred in. Now she's taking a step into the music world, premiering her debut single "Sunrise" exclusively on NYLON today.

This foray into music stems from the fact that she wasn't feeling satisfied with film and TV; Wells says, "Though I was doing all these creative things and finding levels of success, I still didn't feel like I was able to express myself like I wanted."

A tumultuous 2016 led her to use the guitar as a way to find solace, she tells us. "My anxiety had gotten so intense I could barely leave the apartment without falling apart. I felt like I was on the edge of having a nervous breakdown. All I could do to calm myself was sit there and strum and sing."

In her debut single, she channels all of this confusion and frustration, singing of a backward, mixed-up world, but also keeping the mood chill with airy harmonies, acoustic guitar, and lyrics like, "Come what may/ Until the sunlight goes away." In that way, "Sunrise" is a song of blissful, intentional ignorance, an example of just trying to keep on keeping on. "We are all marching off to get things done," Wells tells us, "feeding ourselves into a system while we put our blinders up to what's really happening, humming to tune it all out."

There's plenty more music to come from Wells—her unnamed album is set to be released next spring. She expected it to be full of "sad girl" jams, but with the collaborative help of producer Chris Nelson and engineer Branden Stroup, her sound changed quite a bit. "While the songs still retain that [melancholy], now they're also really fun. You can listen and cry and smash shit or dance to them and have sex." She adds, "At the end of the day, I didn't want to bum people out, but I do want them to know all the heavy stuff I see and feel, and also that I have a lot of hope that it's going to be alright."

Stream "Sunrise," which Wells describes as "if John Lennon had a daughter that got kidnapped by aliens who turned her into a Japanese robot programmed to be a pop star that kills," below, and stay tuned for all that's yet to come.