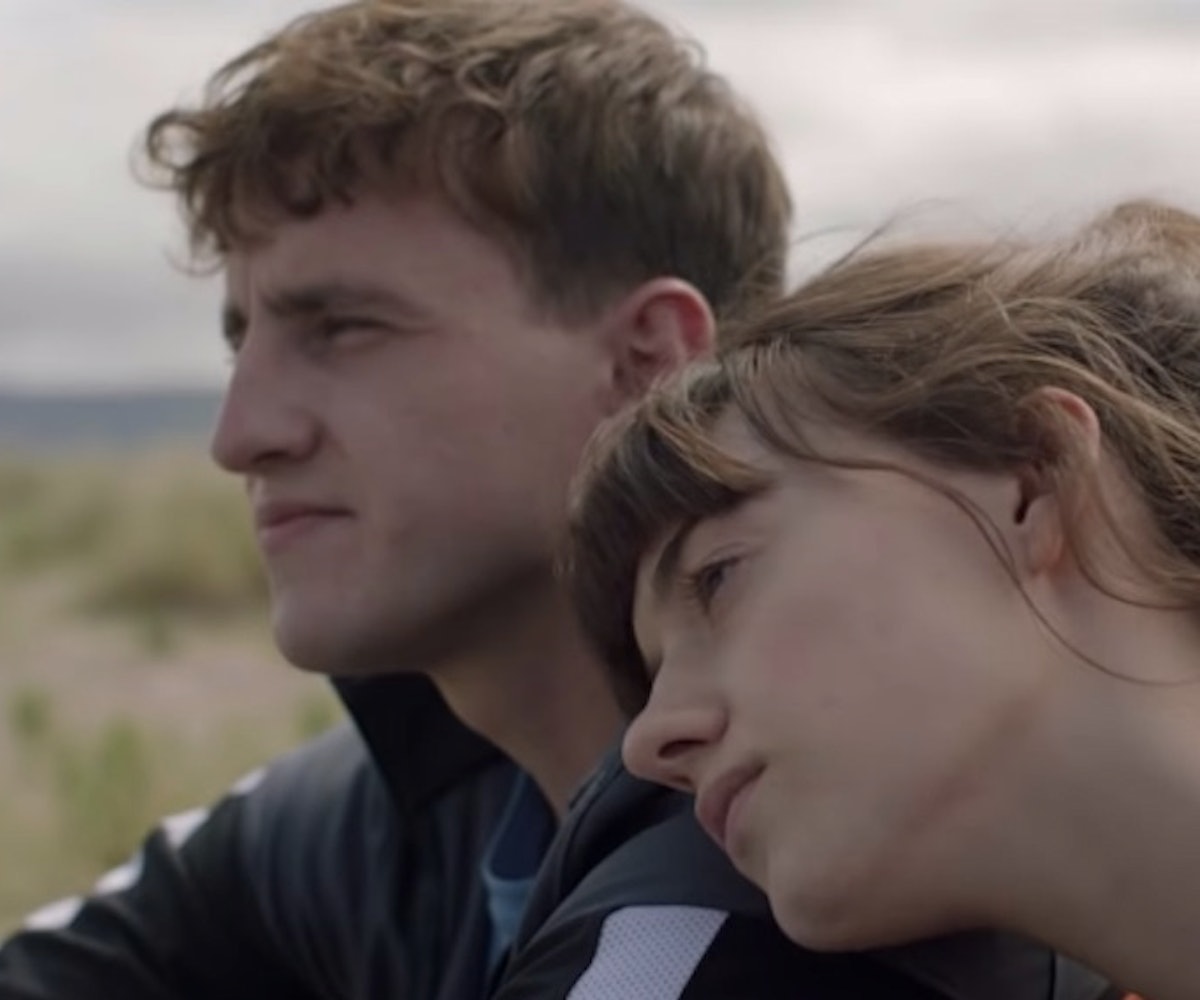 When Normal People, the second novel by beloved Irish author Sally Rooney, was published in 2018, it quickly became the talk of the town. A New York Times bestseller and winner of numerous awards, the book, about two secret friends-turned-lovers who watch as their social experiences take a 180-degree flip when they matriculate from high school to college, was adored by critics and fans alike — solidifying the young author's status as the "Salinger for the Snapchat generation" in the process. Unsurprisingly, the book was quickly snapped up for TV adaptation in a partnership between Hulu and BBC Three. And today, that adaptation just got its second trailer.

Starring Gentleman Jack's Daisy Edgar-Jones as the well-off Marianne and newcomer Paul Mescal as the working-class Connell, Hulu's Normal People looks just as electrifying as the novel its based on. Filling every frame of the trailer with depictions of steamy forbidden sex, beautiful views of the Irish countryside, and, of course, some truly brilliant performances that accurately capture the pressures of class division, the team behind this adaptation have not left any stone unturned. And with the wonderfully talented Lenny Abrahamson (an Oscar nominee for his work on Room) directing half of the series' episodes, it's pretty clear that this this twelve-episode adaptation is in good hands.

Hulu's official synopsis describes the upcoming adaptation as such: "Normal People tracks the tender but complicated relationship of Marianne and Connell from the end of their school days in a small-town west of Ireland to their undergraduate years at Trinity College. At school, he's well-liked and popular, while she's lonely, proud and intimidating. But when Connell comes to pick up his mother from her cleaning job at Marianne's house, a strange and indelible connection grows between the two teenagers – one they are determined to conceal. A year later, they're both studying in Dublin and Marianne has found her feet in a new social world but Connell hangs at the side lines, shy and uncertain. Honest, smart and intoxicating, Normal People sees the pair weave in and out of each other's lives and explores just how complicated intimacy and young love can be."

Normal People will premiere on BBC Three starting April 26th and will debut on Hulu on April 29th. Check out the trailer below.

NEXT UP
Life
Netflix Dropped A Sneak Peek Of Bridgerton Season 3
Life
October 2022's Must-Read Book Releases
Life
Gabi Abrão's Notes On Shapeshifting Will Soothe Your Existential Woes
Life
Rachael Finley Never Got A Guide To Life, So She Wrote Her Own