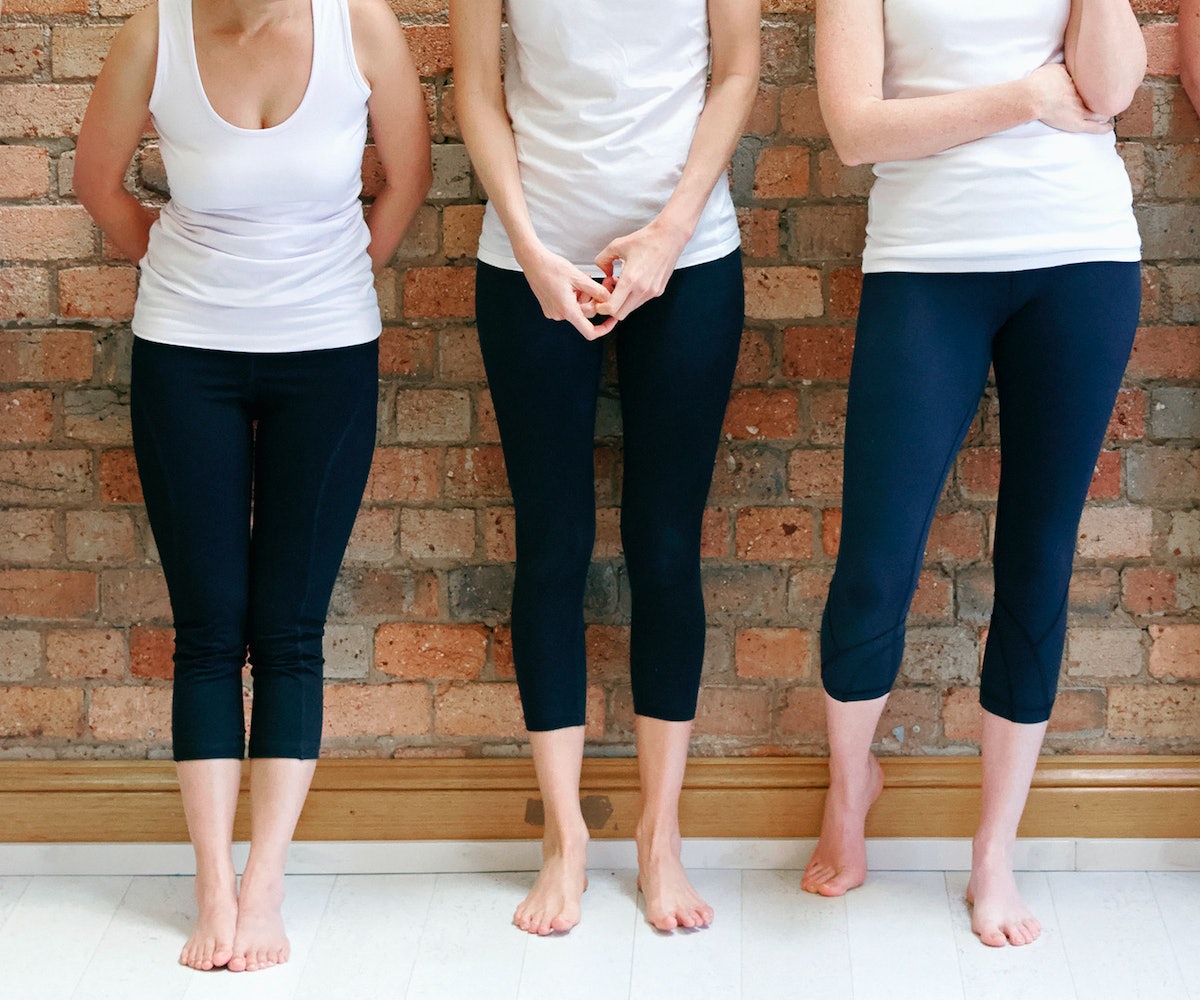 I feel like I'm in middle school all over again. In a letter to the editor published to the school's online publication The Observer, the mother of a male student at the University of Notre Dame is pleading the female students of the school "think of the mothers of sons" before opting to wear leggings. Shockingly, that's the last group of people to cross my mind when I'm getting dressed in the morning.

In the letter, titled "The legging problem," Maryann White wrote, "I'm just a Catholic mother of four sons with a problem that only girls can solve: leggings." She recounted a trip to a Catholic Mass service on campus where she stood in a pew behind a group of female students wearing *gasp* tight leggings. White says that she was "ashamed" for them, and "thought of all the other men around and behind us who couldn't help but see their behinds." She also claimed that wearing leggings is on par with walking around naked.

She says that she didn't notice her own sons staring, but that she "couldn't help but see those blackly naked rear ends. I didn't want to see them—but they were unavoidable. How much more difficult for young guys to ignore them." She ended with a plea for girls who wear leggings to "think of the mothers of sons the next time you go shopping and consider choosing jeans instead?"

In response to White's outdated worldview, many Notre Dame students have voiced their disagreement. A student named Kaitlyn Wong even created a "Legging Protest," which invited people of all genders to wear their favorite pairs of leggings. In the accompanying Facebook page, Wong wrote a satirical version of White's letter, saying, "Could you think of the women who are simply looking to be comfortable as they walk through the world the next time you talk to your sons about the way that women should be treated?"

Even men on the Notre Dame campus have responded saying that her statements do a disservice to them by positioning them as people who cannot focus when a girl in leggings is around them, or don't have the ability to respect a woman who is wearing what she wants.

I feel like I haven't heard people griping about leggings in years, and naively thought that perhaps we were either behind this critique of women wearing what they wanted or that those with outdated opinions kept them to themselves. Until they do, though, I'll continue to wear my tightest leggings and play the smallest violin for people who have nothing better to do than ask women to think of men when they're getting dressed.