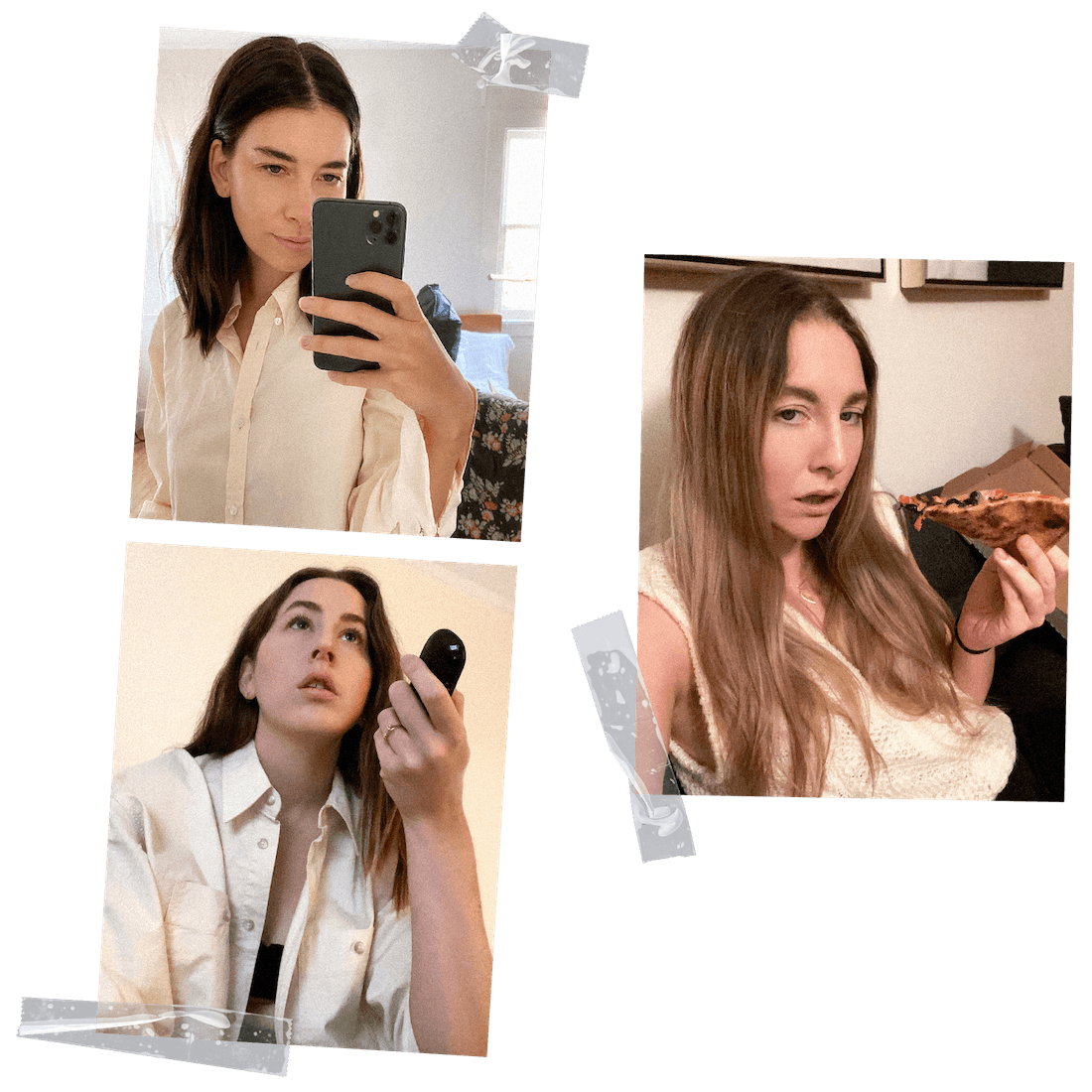 HAIM On Late Night Performances, Halloween, And Returning To Tour

Spend a night in with the Haim sisters in quarantine.

“We take Halloween super seriously,” says Alana Haim, 28, on a recent Thursday evening over Zoom. “It’s our favorite.” She’s speaking for her older sisters Este, 34, and Danielle, 31, who are also on the video call and nodding emphatically in agreement. They reminisce on a recent favorite — the Sanderson sisters from the seminal Halloween flick Hocus Pocus. “We were saving that for a while,” shares Alana. "Every year we were like, ‘Do we do it? Do we be the Sanderson sisters? Should we f*cking do it?’” Well, they f*cking did it. Then the follow-up costume the next year was maybe even more impressive — Hanson in their prepubescent, “MmBop” prime. “Oh sh*t! I forgot about f*cking Hanson!” Alana says. “That was f*cking fun. That was fun as f*ck.”

Halloween 2020, however, is going to look a little different for the Haim sisters. Quarantine in Los Angeles has kept the sisters apart as they all isolate in their respective homes; tonight’s Zoom call even acts as a bit of a virtual reunion for the trio who, as a band, are used to spending almost every day together. Alana exclaims in delight over Danielle’s red vest; Este and Alana marvel over the recent change in temperature to true sweater weather (said in the exaggerated accents of Amy Poehler and Maya Rudolph on SNL, of course). “I mean, you heard me when I got on the call,” notes Este. “I was like, ‘Hi Lans! I miss you, I haven't seen you in forever.’”

So, no group costume for an epic Halloween rager this year. “I think it's going to be me, a bottle of wine, and a lot of Jamie Lee Curtis,” says Este. This is what’s come to be a typical night in for the sisters in the year 2020 — just like it has for everyone else. “It’s 5 p.m., so I’ll be drinking immediately after this Zoom call,” says Alana. “And then I just dance around my house by myself.” (Her drink of choice is currently bourbon on ice, while Danielle prefers a Corona beer: “I feel like we need to keep 'Ronas alive.”). But for every lazy night in quarantine, there have been plenty of productive ones, to say the least. In June, the trio released their latest studio album Women in Music Pt. III, and they have been working hard to promote a very personal album while not being able to interact with many people at all.

“My body is like, ‘Knock knock, what the f*ck is going on?’ We were preparing for a year to go on tour and now you're not touring," says Alana. “That's the biggest adjustment. One thing that we've always talked about as sisters when we come off tour is that we didn't really have time to think about what we had done. This is kind of like the first time where we have time to kind of stop and smell the roses, if you will, and just kind of regroup and think about what the next steps are.” Instead of just resting on the laurels of the best reviews of their career and a traditional press cycle, the band decided to use this time for experimentation. If they can’t connect with fans — and their love of live music — in a traditional sense, what does performance look like in the time of COVID-19?

The answer, and the proof, now lives on YouTube in the form of a series of groundbreaking late night performances that push the needle far beyond “band plays lead in single in cramped studio.” When we speak, they have just played an empty parking lot at The Forum for Jimmy Kimmel Live!; they coordinated a laser light show from three separate bedrooms on The Late Late Show With James Corden; most recently, they dressed up as zombie brides and enlisted Robert Pattinson to play an “emotional vampire” for Late Night With Seth Meyers. “We've always been a DIY band from jump,” says Alana. “We've always been like, ‘We need to figure this sh*t out because no one is going to figure it out for us.’ Doing these performances, it really is just kind of going back to the drawing board. There’s more freedom.” There have been some limitations, of course. “I think at one point we also wanted to play on roof of The Forum,” says Este. “Shoot for the sun, maybe you'll get to the moon.” Adds Alana, “We got the parking lot.”

Being able to get creative in how they perform the new album has been a sort of catharsis to counteract the “weird” and “bittersweet” feelings of putting out a record in the middle of a pandemic. “When I look at this [project], I've never been more proud of an album. There was so much we needed to get out, and we finally figured out how to put it on record, ” says Alana. “When everything was done all I wanted to do was throw a f*cking raging party. This album, I love it so much and to not celebrate it, and not give it its celebration really was heartbreaking.” The real celebration, they know, will be when they can finally get on the road and play the songs for the crowds they were intended for. In the meantime, they’re plotting how to make those shows even more exciting than ever before. “It’s going to be a hashtag rock show,” promises Este.

While their current tour schedule sees them playing massive venues like Madison Square Garden, the sisters are crafting ways to make it feel just as intimate as a grungy basement gig. “We spent most of our career playing any venue that would have us in L.A., opening up for our friends and playing for four people,” says Danielle. “Sometimes we get feedback about our shows like, ‘You guys are really aggressive live.’ I feel like it's because we kind of still have 'opener' mentality in a way, where we just won't accept that people are there to see us headline. In our minds we're still like, ‘We still have to get everyone's attention.’” If that means literally popping up in someone’s face in the middle of the arena, then so be it. “When we were little, we saw the ‘Nsync tour where they would shoot out of cannons during the show,” says Alana. ”We were always trying to figure out like, ‘OK, what if we had guitars in the cannon and we shot out of a cannon?’ That's when you know our 12-year-old rock dreams are coming true."

“The second we can play this record live it's going to really give it its celebration that it deserved,” she continues. “It's going to be a f*cking party. Our tours have always been parties, but this next tour especially is going to be f*cking crazy.”