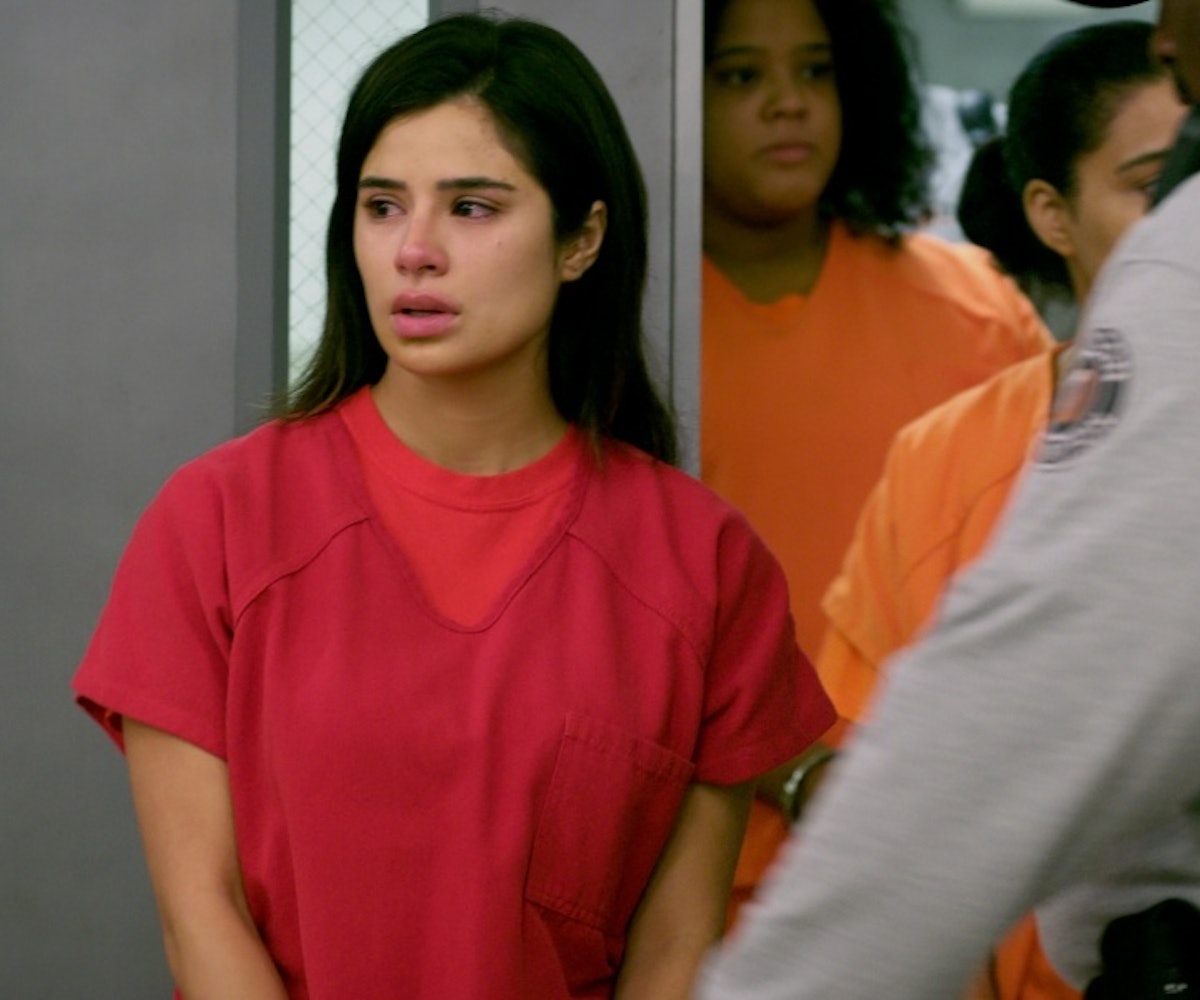 For its final season, Orange Is the New Black doubles down on what anyone paying attention to the news already knows: Immigrations and Customs Enforcement (ICE) have made good bedfellows with our inherently flawed criminal justice system, targeting the most at-risk populations. But even after seeing countless pictures of people caged up in detention centers or reading about parents being separated from their children at the border, immigrants' struggles can be hard to fully imagine or to feel closely connected with. Sometimes it takes watching someone you've grown to love—in this case, Maritza (Diane Guerrero), one of our favorite OItNB characters—go through the worst-case scenario for immigrants to truly understand what's at stake.

Maritza, Litchfield's resident YouTuber, was absent for the entirety of Season 6; her BFF, Flaca (Jackie Cruz), had heard a rumor that she'd been sent to a prison across the country after the riot that ended the show's fifth season. But, what we learned when Maritza emerged in Season 7, is that she was actually out of jail, if struggling with the terms of her parole—especially when an NBA player offered to fly her out to L.A. and she couldn't accept. Wanting to do the right thing, Maritza stayed in NYC and went to a bar with her friend. And then disaster struck when the joint was raided by ICE, Maritza didn't have her ID, and she was soon back behind bars, this time in an immigration detention facility, where she learned that her mother had never revealed the truth about their immigration status.

Adamant that she was a U.S. citizen and just needed to get in touch with someone who could retrieve a copy of her birth certificate, Maritza attempted to advocate for herself, but her efforts were constantly thwarted in the detention facility. She couldn't purchase a calling card to use the phone because she didn't have money and the machine was broken. She couldn't send a letter, because that same broken machine also vended stamps. Tales of undocumented detainees being unable to reach their loved ones on the outside have been well documented, and OItNB didn't flinch when portraying the monotony, fear, and disorientation that people experience on the inside. While it's easy to imagine the inhumane immigration system as a web of laws, policies, faceless officers that keep the whole thing going, this season the show reminded us that human beings make these damaging decisions, and implicated everyone from ICE officers to the detention center guards to the president of the company that oversees both the center and Litchfield prison.

Ultimately, all of Maritza's work was for nothing, because once her mother was finally reached, it was revealed that Maritza had been born in Colombia. In no time at all, Maritza and a few other women are put on a plane headed toward a country they haven't seen since they were infants. As they flew to their unknown futures, each of the women faded from view, with Maritza being the last one left, and the last to disappear.

It's a powerful image—not least because it mirrors an experience in Guerrero's own life: Her family was deported back to Colombia, while she stayed in the U.S., since she had been born here. But it also serves as a reminder that we shouldn't have to know someone personally affected by this country's inhumane treatment of its immigrants to have empathy. That's one thing this show has been good at reminding us all of: It doesn't matter if your privilege protects you from seeing the awful things that happen around you every day, you're still complicit if you don't take action.

OItNB has made it easy to do just that by establishing things like the Poussey Washington Fund, and if you want to donate to an immigration-specific cause, you can visit here.

Orange Is the New Black is out on Netflix now.