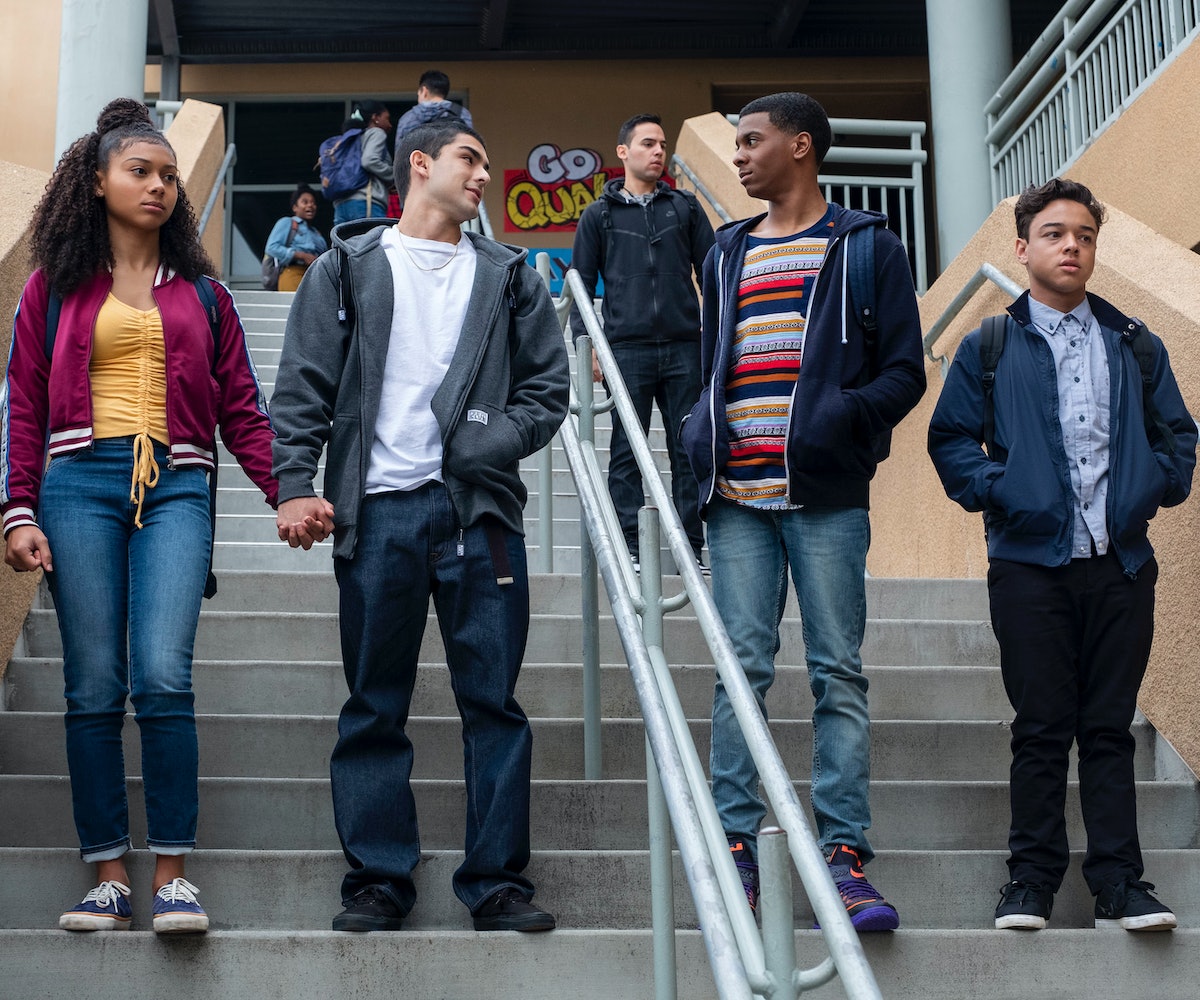 Netflix has released the official trailer for Season 2 of On My Block, a follow-up to the special clip it released last week, and it's giving fans more of what they've come to love: a group of friends hilariously dealing with some really serious circumstances.

We can rest assured that Ruby (Jason Genao) is not only alive but well and has bounced right back to his spunky little self. This is pretty much true of the entire On My Block crew, which also include Monse (Sierra Capri), Cesar (Diego Tinoco), and Jamal (Brett Gray), except that now they're sitting on a couple hundred thousand dollars and don't know what to do with it.

The newfound RollerWorld fortune has made Jamal so paranoid that he's seeking "protection," a service that is likely going to lead him and his friends right back into hands of the Santos gang they were trying to avoid. Through it all, Monse is still deeply invested in making sure everyone is okay while Cesar is still in too deep with the Santos. As the old adage goes: mo money, mo problems.

There's also a musical number, complete with full choreography, between Ruby and Jasmine (Jessica Garcia). If he knew this was coming last season, he probably would have willingly succumbed to his injuries.

On My Block was co-created by Eddie Gonzalez & Jeremy Haft (

All Eyez On Me

). Check out the official trailer, below.