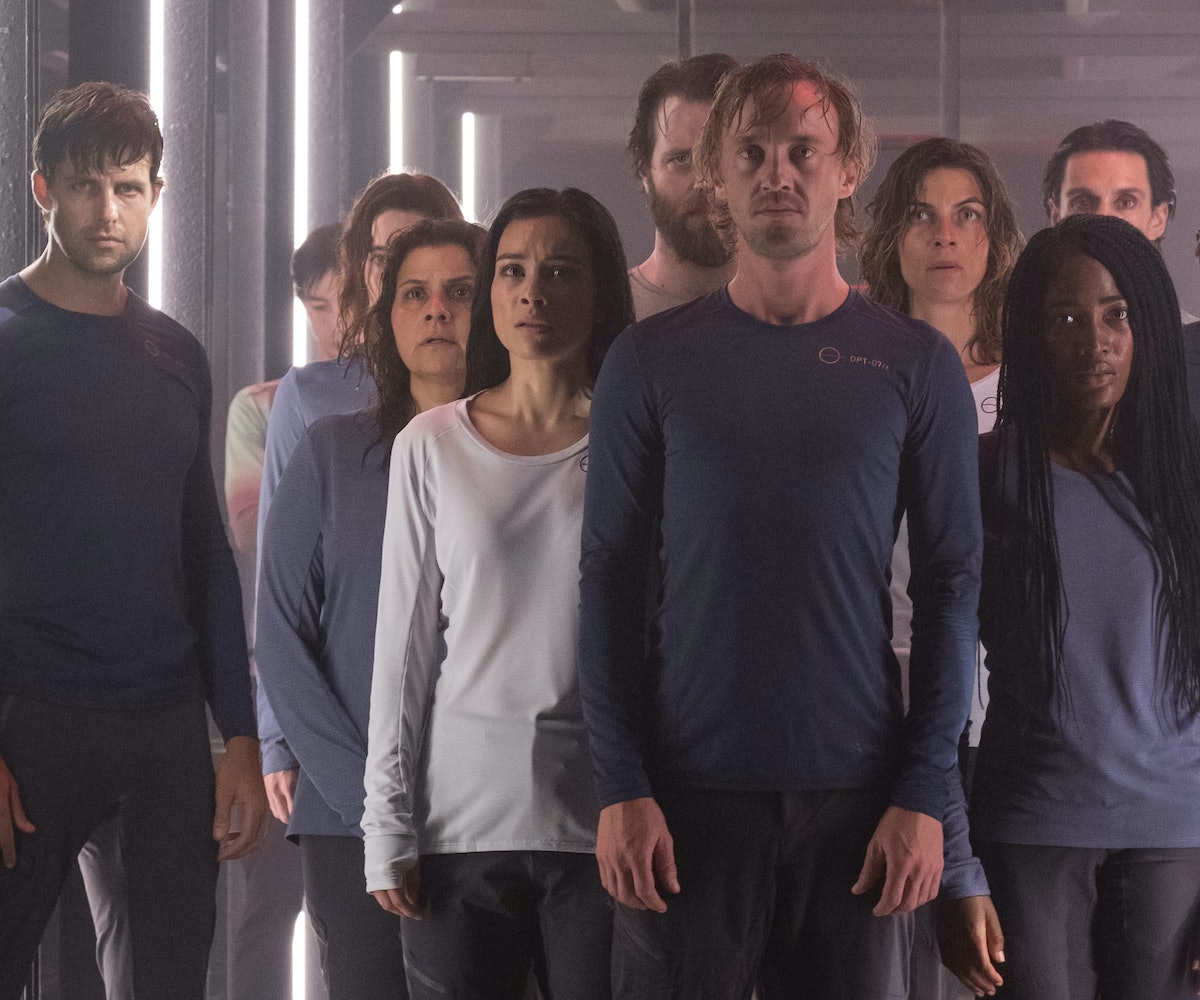 Mika Watkins is onto something good. Though she's just a first-time showrunner, rather than starting off with something simple, she's created Origin, an expansive dystopian narrative that relies on an ensemble cast to depict the panicked, confused reality into which they've been thrust.

And it's not only confusing for the characters—there's a lot for viewers to decipher as well. To begin with, Origin's characters not only don't introduce themselves to each other until their respective flashback episodes are shown but also, the audience doesn't quite know who they are either.

If you're confused already, we don't blame you; intellectual whiplash is par for the course in this dark world Watkins had concocted. But, it is also absolutely addictive, thanks to everything from the nuanced written women, who all have beautifully complex personalities and story arcs, to the compellingly gruesome way the premise of the series seems eerily relatable.

Origin's premise is that a new, habitable planet has been discovered, and people from Earth—for one reason or another—have decided to leave their lives and issues behind and move to this new planet to build a new civilization. What could go wrong? Well, for starters, the ship bringing them there—not coincidentally named Origin—is evacuated mid-journey for an unknown reason, leaving a few people behind, who have no idea how to get themselves to safety.

The pilot episode jumps right into this catastrophic event, using flashbacks throughout the series to introduce the audience to each person still on the ship while they remain strangers to one another.

And while we're still not quite at the age of space exploration where a ship like Origin is possible, as Watkins pointed out to me, "We are getting closer to seeing things like the Mars mission; there are so many new developments in interstellar exploration. I think the possibility of how that might play out feels very contemporary."

Watkins is a rarity in the world of TV showrunners: She's young—just 29 years old—and a woman of color. She's also a sci-fi perfectionist, who is willing to go where few men have gone before, including to the relatively untested YouTube Premium, where Origin premieres tonight.

The show seems like a bold choice to pair with a burgeoning platform. But, the series has snagged two huge names from the Harry Potter franchise, Tom Felton (Draco Malfoy) and Natalia Tena (Tonks)—though, their paths never really crossed before; Felton said, "It was a nice revelation that we were going to get the chance together on set for the first time." And, unlike passion projects and indie darlings that can give off an aura of tight budgets, Origin feels like YouTube gave it more-than-ample funds.

Neither Watkins nor the actors flinch when I ask if there are any worries about the potential reach—or lack thereof—of the platform. Tena said, "All of these platforms have something that kind of comes in and propels them, like The Handmaid's Tale for Hulu or Man in the High Castle for Amazon." For YouTube Premium, she says, "I hope [Origin] is it."

The cast is incredibly passionate about the unique nature of the show—working with a first time showrunner who knows how to properly write nuanced women characters, on a show premise that requires the strongest ensemble cast, both on page and in acting—Felton said, "It was quite an easy decision" signing onto the project. Tena praised the commitment to diversity on the show and credited it to her eagerness to jump right in. Upon hearing this, Watkins smiled and Felton made sure to capture the moment properly for my recorder: "You actually can't see this, but [she is] beaming at the moment."

And she should be, not just because of her rapport with the cast but also for the effortless way she has flexed her talents with what might have been the most difficult project to pitch straight out of the gate. An ensemble series in several different languages that relies heavily on flashbacks to entirely different universes? In space? No problem for Watkins.

But that doesn't mean she thinks she's the only one who can do this kind of thing. Watkins has advice for similarly minded young women looking to break into the industry; she tells them to "write stories that resonate with you personally." Watkins added, "I end up writing a lot about Japan, or being half-Japanese, or different cultures and different languages, because that's what I relate to… not writing things that you think will sell, but things that really matter to you, is more important."