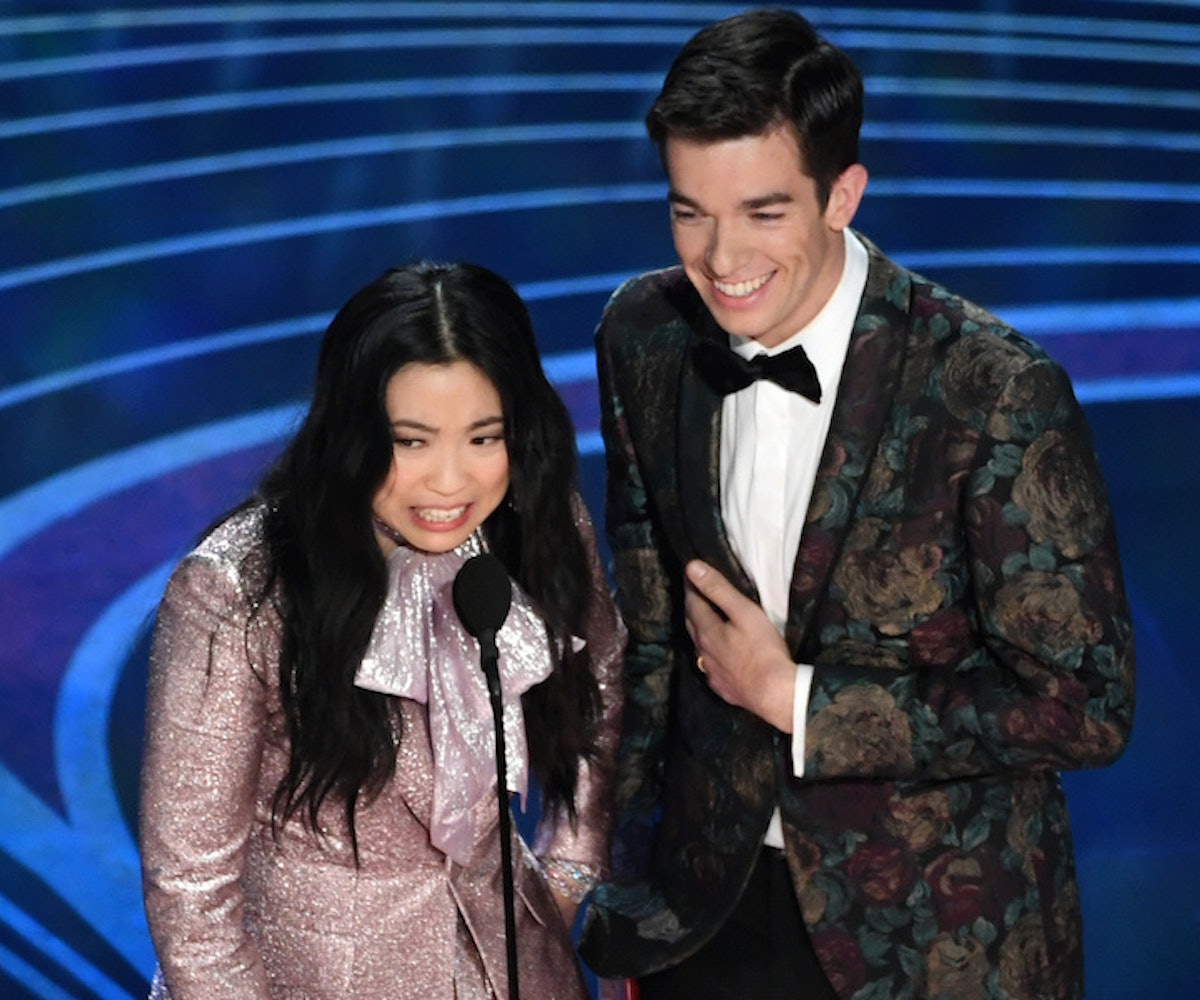 Aside from the forced jokes about the Oscars being host-less, have you actually noticed anything different about the event this year? The introductory banter is still awkward, there's an annoying balance of winners that we agree with and those we definitely don't. TBH, it's not noticeable at all that there is no host for the evening. What's more? Somehow, even after a long awards season, this particular show is going by strangely quick. Maybe it's because all the forced host bits have been cut?

Though when Awkafina and John Mulaney came to the stage in equally killer suits to present, it became pretty clear that these two would do an incredible job hosting if the Academy Awards wanted someone for next time. Their jokes were delightfully corny and a little bit awkward, everything needed of a proper hosting duo.

Previously, comedian Kevin Hart was scheduled to host the 2019 Oscars, but when homophobic tweets of his surfaced (and when he refused to apologize), Hart quit the gig and the Academy decided to forego finding a replacement.

Academy, Awkwafina and John Mulaney are basically two of the most wholesome, hilarious figures right now, so, once you decide on booking them, feel free to send the finder's fee to the NYLON office.