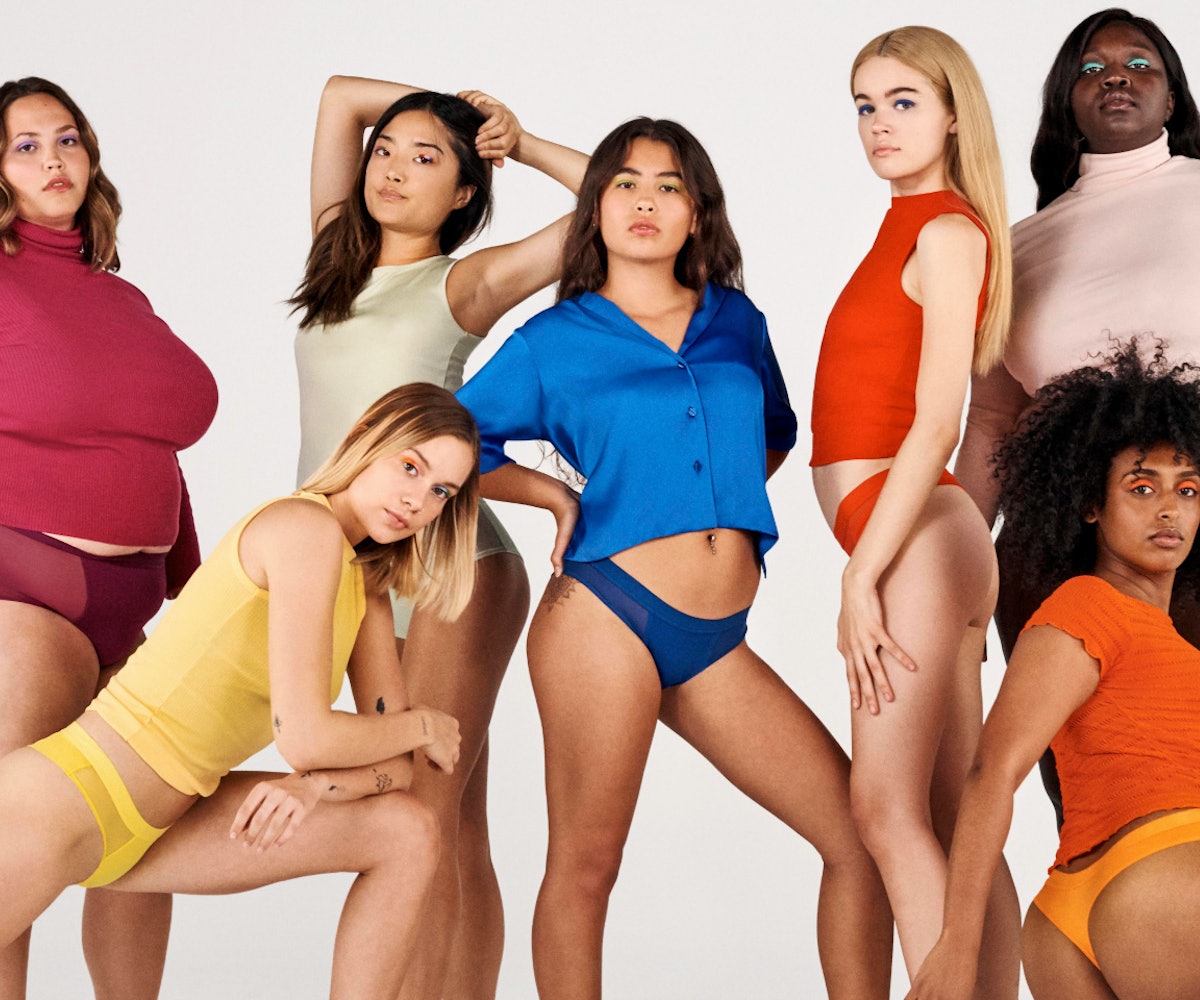 Photo by Jacq Harriet/Courtesy of Parade

With only one semester left to graduate from Columbia University, Cami Téllez made a major decision: She was going to drop out of college and start the underwear brand Parade. The then-21-year-old was studying English and Art History, while spending some of her undergraduate years working in the venture capital and start-up space with a focus on emerging direct-to-consumer brands.

"I knew a lot of people who start companies or look at four companies and are like, 'These are the things that we can start. Which one's the most lucrative?'" recalls Téllez. "I felt, from the beginning, that this is where I could have the biggest cultural change, and the space that's in the most crisis, and what is the company that I would want to build for myself when I was 16. And my sister just turned 14. What company do I want for her to have in the world? It could have only been Parade."

The idea for launching an underwear brand came to Téllez in October of 2018 when she met fellow co-founder Jack DeFuria, who has a background in tech, through a student entrepreneurs program. By that following January, Téllez dropped out of school, and the two started to build Parade, researching the market and its consumers through online surveys and a focus group of 3,000. "It's predominantly trapped in this super hot pink, super sexualized space, and then on the other side there are all these nude desexualized brands," says Téllez. "The 18- to 25-year-old demographic doesn't have an underwear company that they like. They feel really alienated from the big incumbents in the market, and that [underwear is] something emotional and personal to them that they want to feel connected to."

Parade, according to Téllez, is aiming to rewrite the American underwear story through a technicolor aesthetic that celebrates self-expression, while keeping inclusivity, sustainability, advocacy, and community at its core. And, sure, those all sound like marketing buzzwords in the year of our Lord 2019, but brands need to cut through the noise of an industry that's primed for a revamp, thanks in part to the decline of Victoria's Secret. A newcomer like Parade has to be able to stand alongside those who are aimed to potentially take over: American Eagle's Aerie is expanding on a global level, and Calvin Klein is doubling down on its famous briefs and influencer marketing, while Rihanna and Kim Kardashian are putting their celebrity behind intimates lines Savage x Fenty and Skims, respectively.

Since Parade's launch at the end of October, it's slowly but surely becoming the underwear brand that young adults are seeking to connect with. Téllez points out that they had a waitlist of 70,000-plus before they officially went live and already sold nearly 20,000 pairs of underwear with close to 10,000 transactions. "What I'm most proud of is we've sold in every state," she adds. "Our dream is really to be the next big underwear company and to really build a brand that's for everyone. And so we realized that this is just the first step in getting there. It's been exciting so far that people have resonated with it so deeply and have wanted to bring us into their lives in such an intimate way."

Parade prides itself on offering underwear for all occasions, including thongs, cheeky underwear, boy shorts, and briefs — a newly added style — in a size range of XS through 3XL and at $9 each. (One percent of all orders are donated to Planned Parenthood, and already they raised almost $20,000.) The underwear is also ethically manufactured from a sustainable material called Re:Play, or pre-consumer recycled nylon, with more fabric types set to debut next year. The majority of Parade's selection boasts a rainbow-hued palette, with new colors being added regularly and plans to offer prints and artist collaborations, too. Most recently, Parade launched a limited-edition collection with Swarovski featuring briefs and hoodies with a crystal-embellished logo.

Could a Parade store be in the works for the new year, as well? Téllez riffs on the idea: "What does the Parade experience look like in-store? Is it just a vending machine? Is it a spectacle? Is it a clubhouse? Should we do a ball pit?" It's easy for her to crowdsource feedback on this, as Parade relies on a growing community of college campus reps and micro-influencers that Téllez is in constant communication with via DM and a specially created Slack channel. Plus, each pair of underwear comes labeled with a phone number, so customers across the country have 24/7 access to Parade through text.

"I think that we've already started to shift the [underwear] category," says Téllez. "Photos that people have been posting of themselves are — it makes me emotional sometimes to talk about — a new type of visual language. Posting a picture of yourself in your underwear that's not sexualized, but about self-expression. It's great when someone with 100,000 followers posts, but, to me, it's so much more impactful when it's people who truly just found the brand, have fallen in love with it, and have chosen to tell their stories on their personal channels."