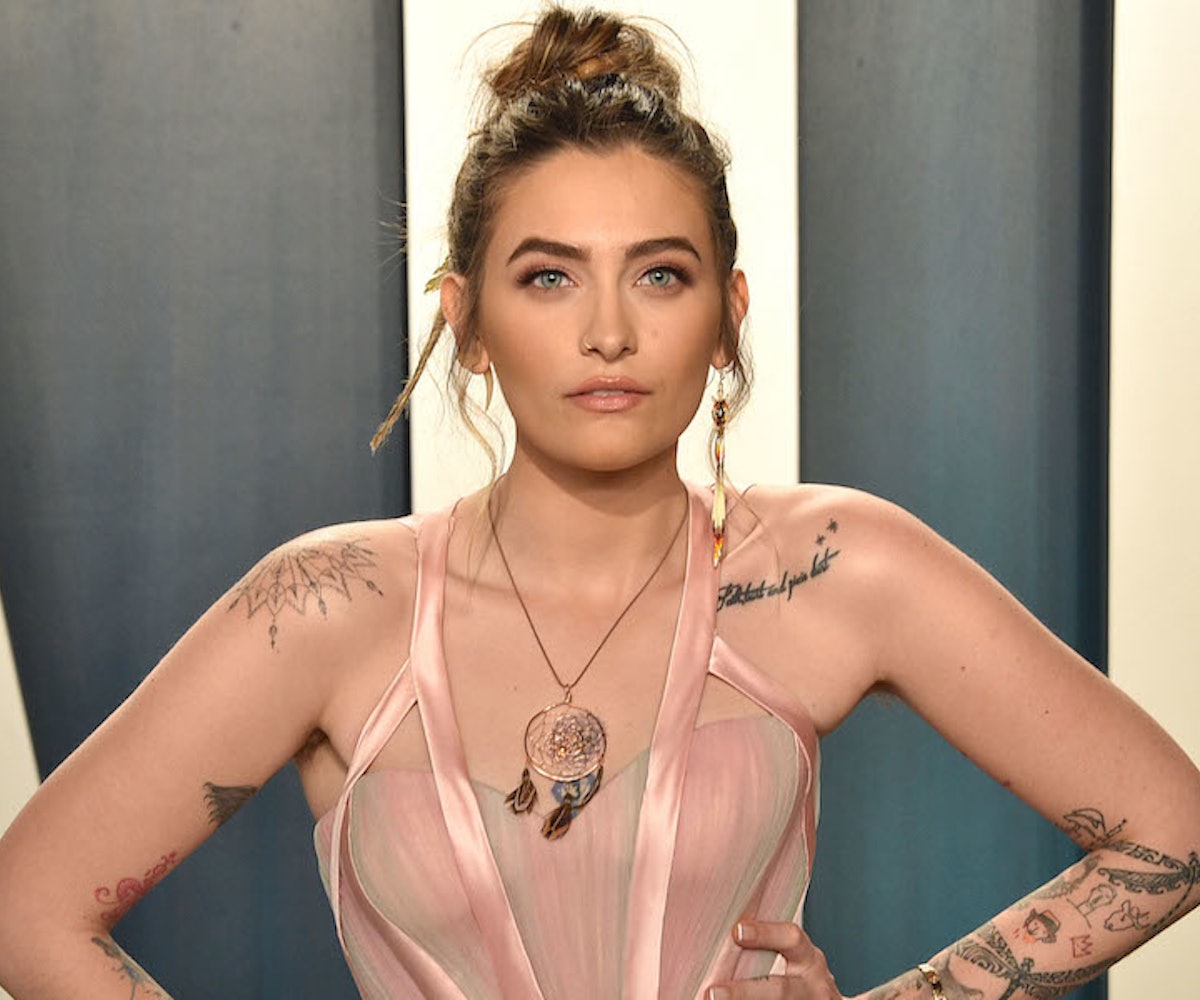 First, there was Willem Dafoe in Martin Scorsese's The Last Temptation of Christ. Then, there was Jim Caviezel in Mel Gibson's The Passion of the Christ. Now, there is...Paris Jackson? Yes, you read that correctly. Later this year, the 22-year-old model daughter of late pop star Michael Jackson will star in Habit, where she will play a gender-bent version of that Holy figure who just celebrated his resurrection this past Sunday. A few days ago, Screen Daily obtained the first-look photo from the film.

Dressed in Jesus' typical white and red robes with a head full of closely-cropped hair, Paris Jackson is the spitting image of Monsieur Christ — even if her modern update does come complete with a slightly-less-than-historically-accurate nose ring. Though the model and singer is still relatively new to the world of Hollywood, her recent performances in dark comedy Gringo and Lee Daniels' girl-group soap opera Star suggest that she was an excellent choice for this film, which was directed by first-time director Janell Shirtcliff based on a script by first-time screenwriter Suki Kaiser.

According to a press release for the forthcoming film, Habit will follow "a street-smart party girl with a Jesus fetish who gets mixed up in a violent drug deal and finds a possible way out by masquerading as a nun." Though many roles have yet to be detailed, it has been confirmed that the aforementioned party girl will be portrayed by Assassination Nation's Bella Thorne while the remainder of the cast will be rounded out by Constantine's Gavin Rossdale, singer Josie Ho, The Florida Project's Bria Vinaite, supermodel Andreja Pejic, The Kills' Jamie Hince and Alison Mosshart, Larissa Andrade, Ada Mogilevsky, and Libby Mintz, who also produced and co-wrote the film alongside Kaiser.

It's no coincidence that musicians like Rossdale, Ho, Hince, Mosshart, and Jackson were cast either. According to producer Donovan Leitch, this was a deliberate maneuver because music will be central to the narrative. Speaking to Entertainment Weekly, he said, "Yes, we intentionally stacked the film with rock stars and will have a very rocking soundtrack."

According to reports, filming on Habit has already wrapped and is now in post-production, which is good news for anyone scared that our current coronavirus-induced lockdown would delay the release of this sure-to-be-buzzy indie release. Expect new updates soon.