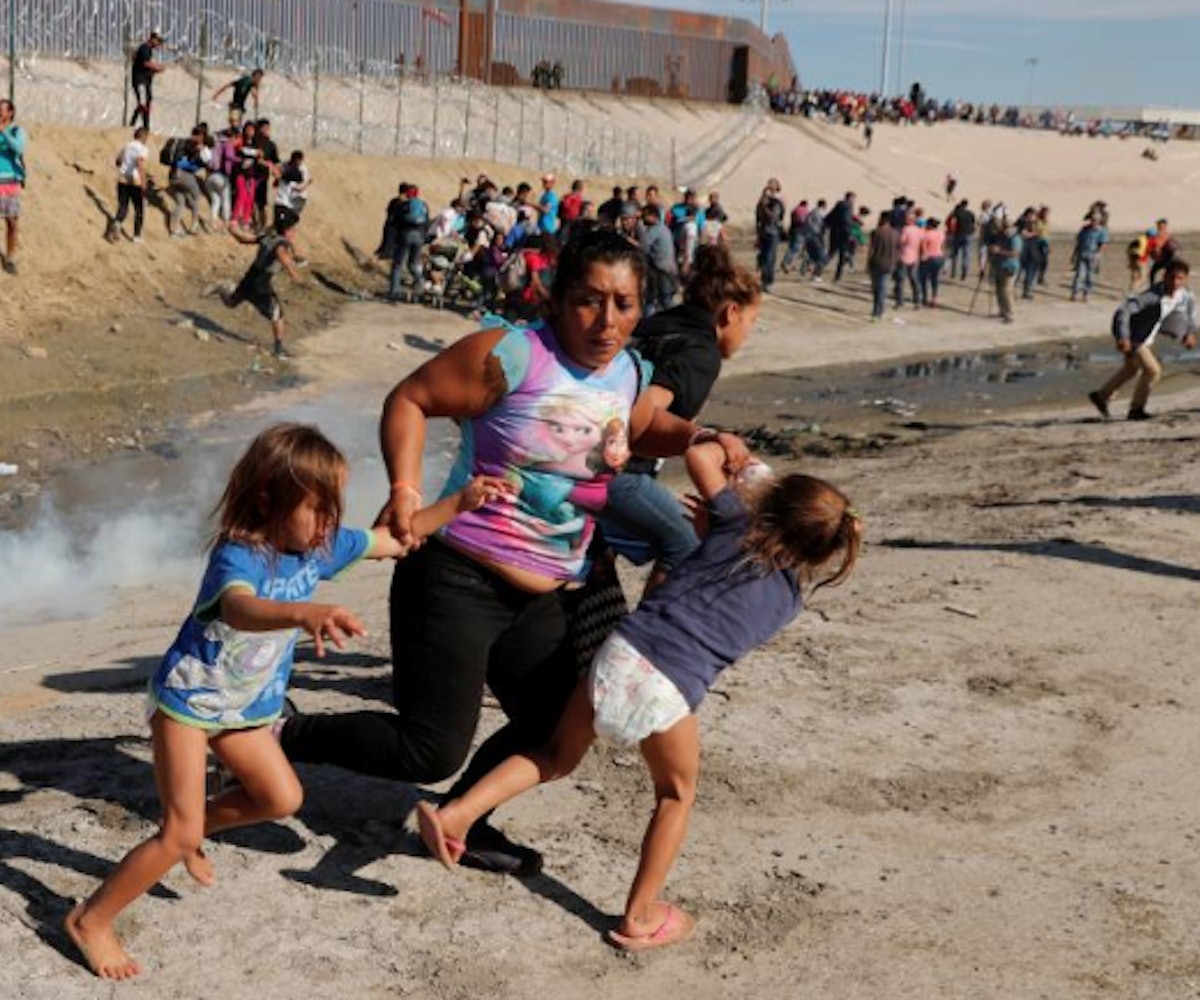 A caravan of Central American migrants, including children, has spent months traveling through Mexico to the southern border of the United States to seek legal asylum in America, and the Trump administration has spent just as long trying to make Americans afraid of them. Over the weekend, some of the migrants reached the border, and rather than being allowed to ask for asylum, they were greeted by American Border Patrol agents who doused them with pepper spray—all for legally attempting to cross the border.

After a public outcry over this horrific tactics, conservatives are trying to make their brutal actions seem less cruel: On Fox & Friends Monday morning, Ron Colburn, former U.S. Border Patrol deputy chief and current president of the Border Patrol Foundation, likened pepper spray to nacho seasoning, asserting that being sprayed with it is no big deal, because "it's natural."

When asked by Steve Doocy if targeting migrants attempting to cross the border from Mexico to the United States with tear gas was warranted, Colburn said, "Absolutely." He then attempted to make the spray used by border patrol agents seem like a safe deterrent, noting that it is OC spray and claiming that it's made from water, pepper, and alcohol. "It's natural," he said. "You could actually put it on your nachos and eat it."

Okay, no. OC pepper spray is named after its active ingredient, oleoresin capsicum, which is a chemical extracted from peppers. Ingesting any amount of OC can cause "intense burning pain, swelling, redness, and, occasionally, blistering" on the skin or "burning of the throat, shortness of breath, gagging, gasping, and inability to breathe or speak," according to a study from Duke University and the University of North Carolina. It also states that "there is no real scientific basis for the claim that OC sprays are relatively safe."

Spraying children with a substance that can cause them physical and mental harm is in no way acceptable, but we wouldn't expect anything less from an administration hell-bent on keeping them from entering the United States: The busiest port of entry from Mexico to the U.S. was closed off in order to bar the migrants' entry, while Trump personally condoned opening fire on people attempting to seek legal asylum.

And for anyone who sees what's happening at the border, and laments that it's "un-American," don't forget that pepper spray was used on young protestors in Ferguson, Missouri, after Mike Brown was killed by a police officer, and is a common tactic used by U.S. police departments to break up peaceful protests nationwide.