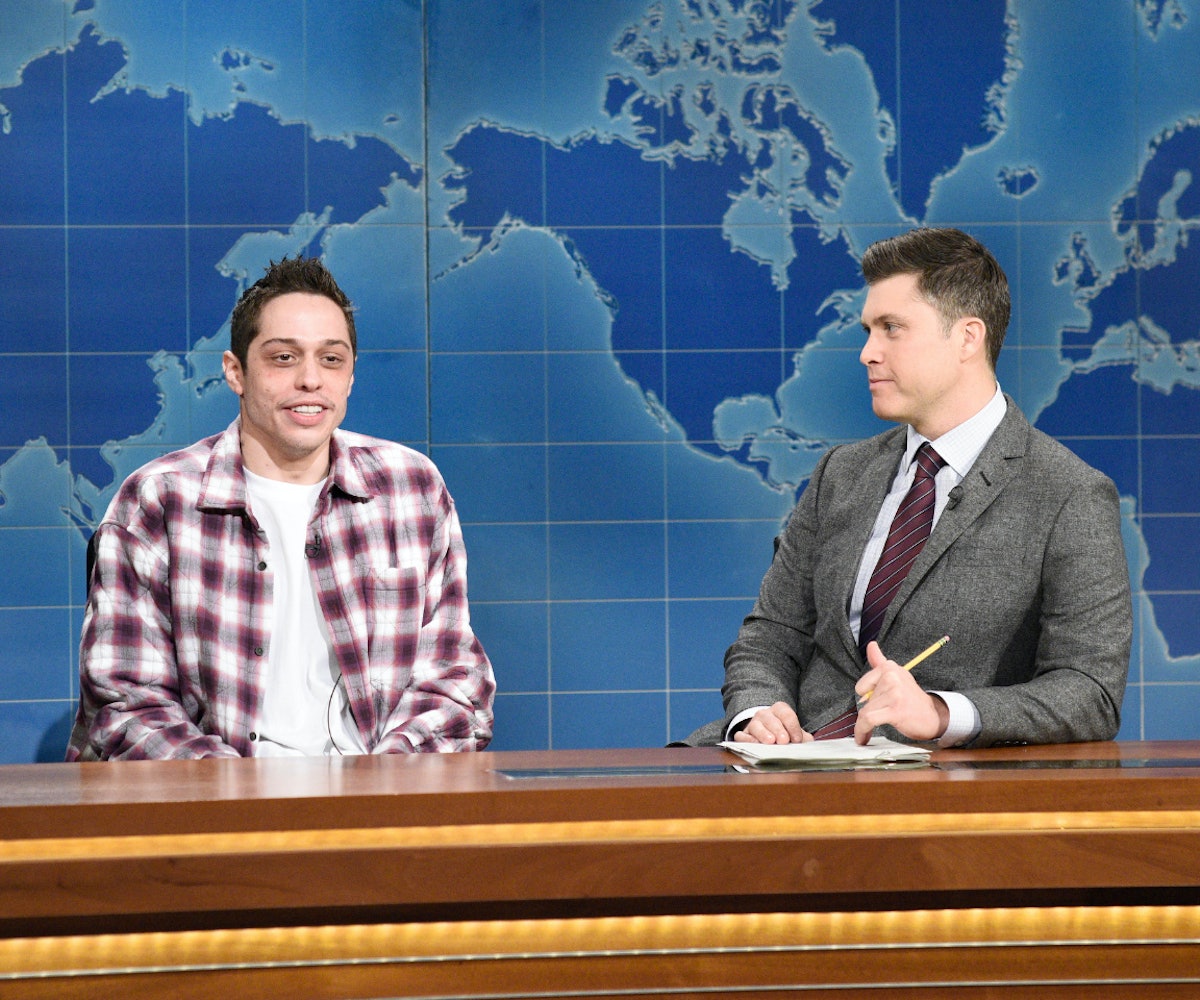 Pete Davidson talked about what it's like for him to date Kaia Gerber. Well, sort of. The comedian and made an appearance during "Weekend Update" on Saturday Night Live over the weekend to offer his thoughts on Donald Trump's impeachment as the show's Resident Young Person. Once he quickly revealed that he had no idea what was going on there, the topic turned to Davidson's dating life.

"Yeah, and it's not fair, Colin," Davidson said after Colin Jost asked if he was dating anyone. "You get to date a famous woman and everyone's delighted, but when I do it, everyone wants to punch me in the throat. What'd I do? If I'm your type of guy that your daughter or mother is into then trust me, I'm the best case scenario. There are a million guys who look like me and I'm the only one with a job. It's like me or Tyga."

The 26-year-old was first linked to 18-year-old Gerber back in November when the model attended one of his comedy shows in New York. Later that month, the two headed to Miami together to attend a friend's wedding. Photos of them making out by the pool and holding hands quickly made the rounds on the Internet.

For his November cover story for Paper magazine, Davidson opened up about what he's learned through his past high-profile relationships, which was mainly, to not discuss them publicly:

That it's nobody's business. I think when you first get in a relationship and you're on television, you don't realize that when you post a photo of you and your girlfriend, you're pretty much announcing to the world your relationship," he said. "I didn't know that because I know couples that are together that I followed that, you know, are my homies that work at Best Buy, and when they post each other's picture all the time and there are no articles written about it or they're not followed around, you forget that you have to approach it differently, which is really difficult for both [people in the relationship], because the second [the public] knows you're together, it's already against you. You're losing. Because now they know you're together, if you're not [seen together], they know something went wrong. As opposed to like... people date. People date and are friends.

See Davidson's appearance on SNL's "Weekend Update" in the video, below.