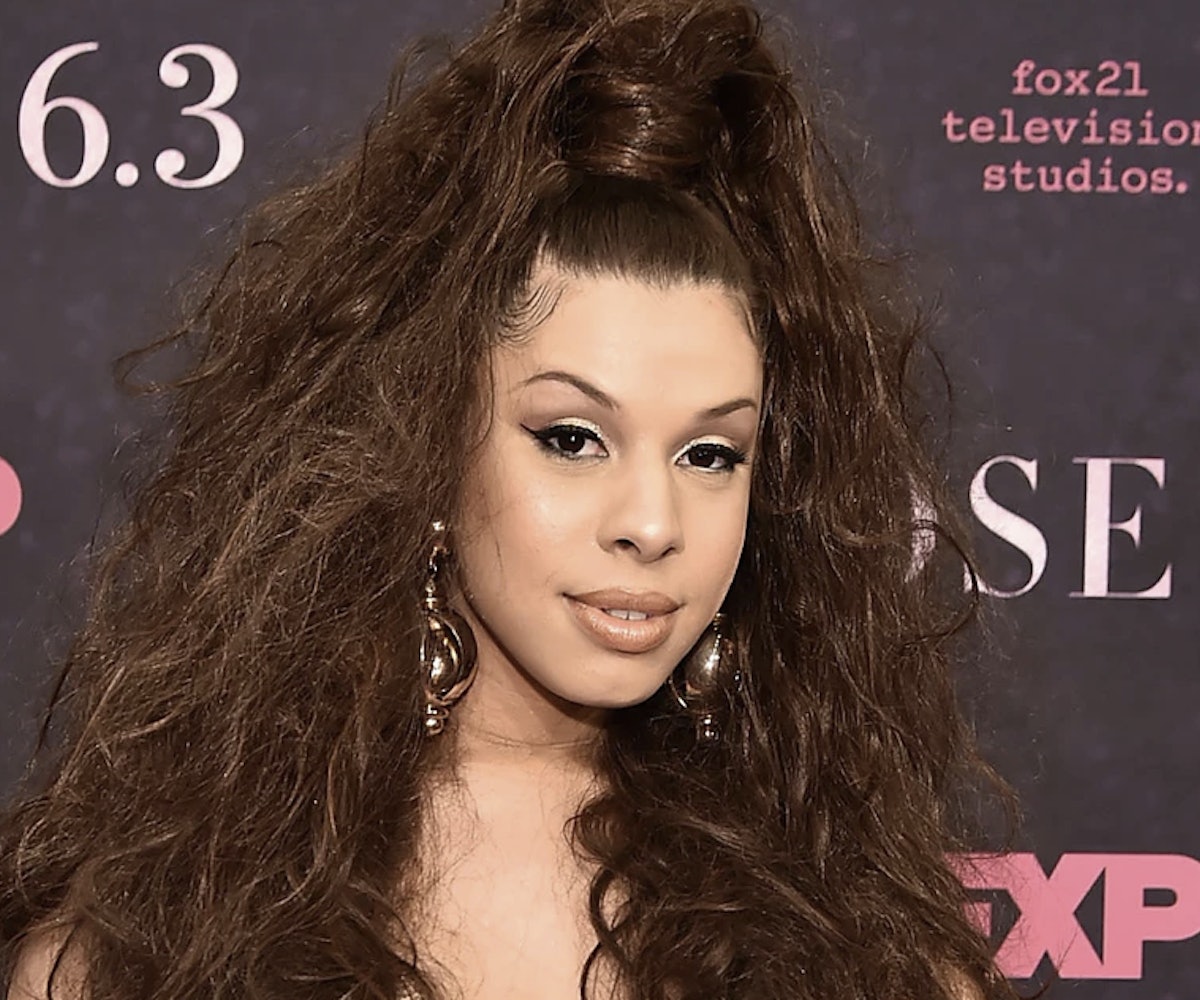 As FX's press release notes, Ryan Murphy's Pose made television history when it premiered yesterday for being the show with the "largest cast of transgender actors in series regular roles, as well as the largest recurring cast of LGBTQ actors ever for a scripted series"—and that is no small feat. Even in a world where the stories of marginalized people are becoming more and more prevalent, trans narratives continue to be shortchanged in the contemporary cultural conversation, which tends to prioritize the perspectives of cis-normative men and women over the voices of trans people and often cast the roles of trans characters with cis actors. But not Pose. And this, according to Pose star Hailie Sahar, who plays Lulu Abundance, is what makes her show so special. She emphasizes the importance of people like Murphy—who empower trans people to tell their own narratives—helping bring more authentic perspectives to stories about ballroom culture and voguing to the forefront.