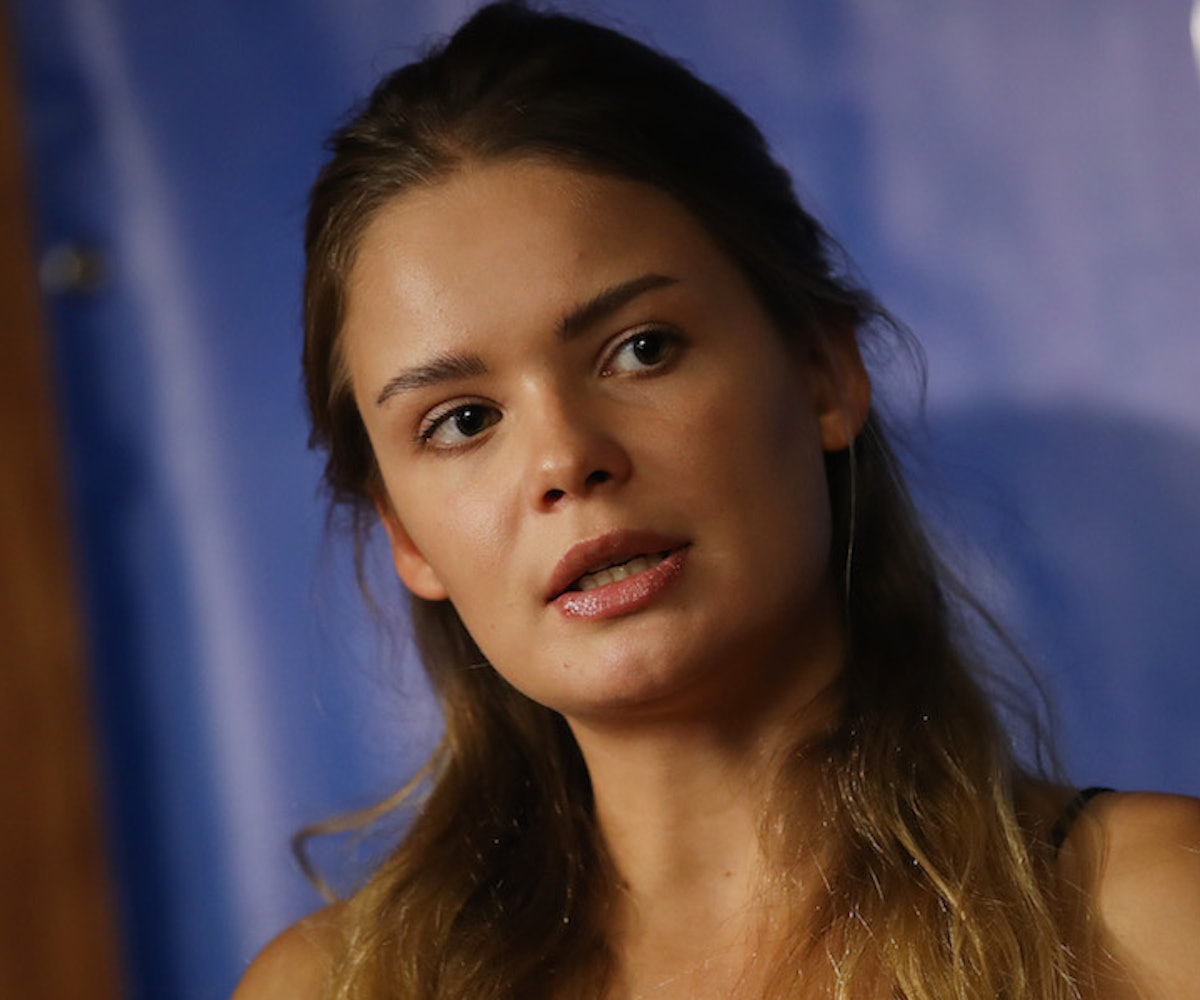 Veronika Nikulshina, aka Nika of activist-artist collective Pussy Riot, was arrested as she made her way to the Golden Mask awards in Moscow where she was nominated for an award for experimental theater show Poe.Tri. Nika was accompanied by Alexey Yershov and Maxim Karnaukhov, who were also nominated for the award alongside her.

According to Pussy Riot, who spoke with Dazed about Nika's arrest, very little is known about why she was taken in: "Right at the exit from their apartment Nika, Alexey and Maxim were arrested before going to the Golden Mask theatre awards at the Bolshoi theatre, the main theatre award in Russia, where all three were officially nominated and invited. Police said they need to take them in for a certain check up." The group added that "no reasons" were given other than to check documents, but theorizes that the trio was kept away due to government officials' attendance at the awards ceremony. The three have since been released.

Nika has been jailed and released multiple times since participating in the World Cup protest last summer with Pussy Riot, having performed a demonstration in police uniform on the field. A few months later, Peter Verzilov, who also rushed the fields with Nika, was hospitalized due to suspected poisoning but was able to make a full recovery.