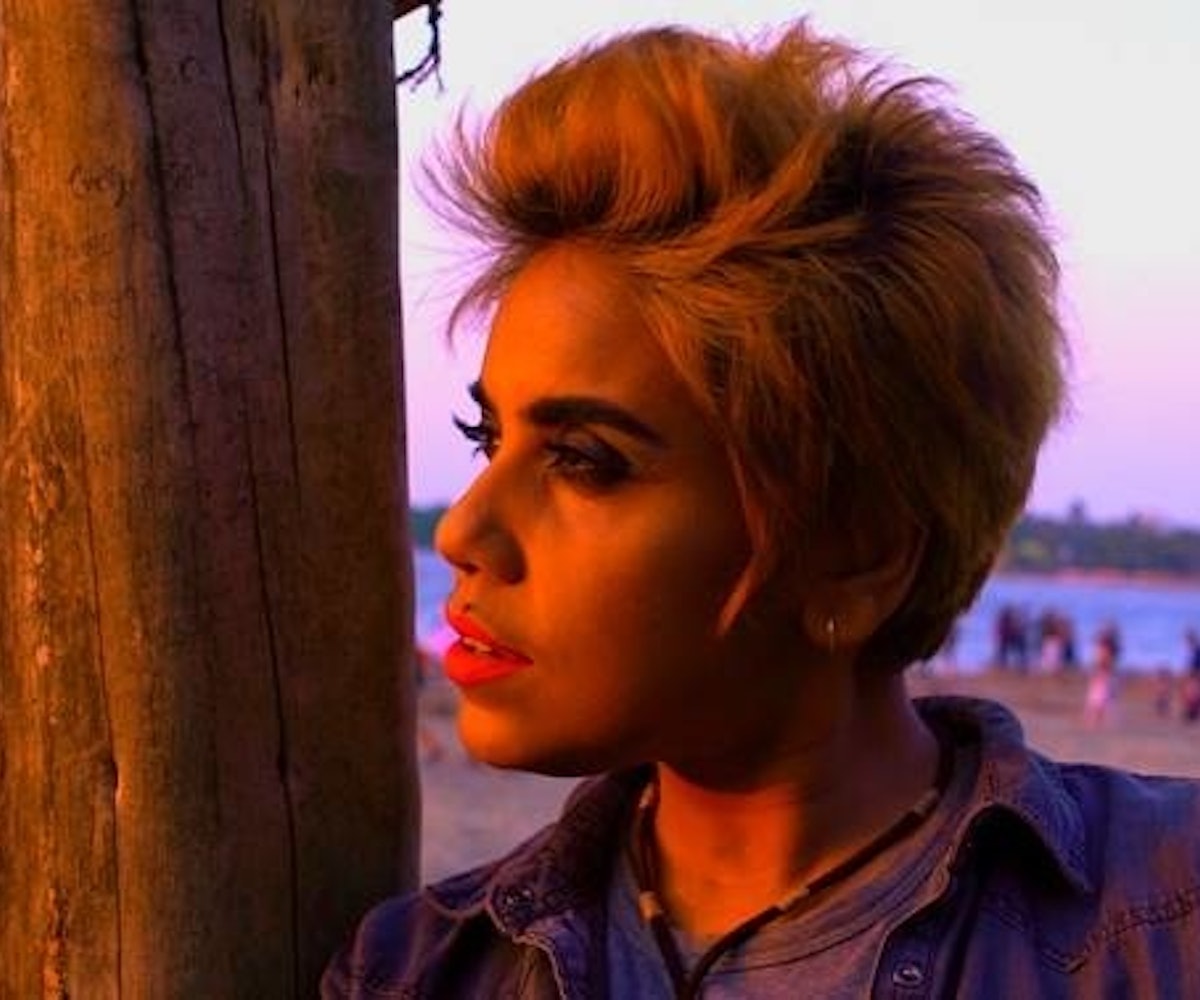 On May 17—the International Day Against Homophobia, Transphobia, and Biphobia—singer Pragya Pallavi dropped her first album. Yes, it was an accomplishment for her own budding music career, but it was also a project of historical significance. Queerism is the first openly gay album to be released in India. Pallavi uses songs like "Mama I Need You" to implore her mother to accept that she loves a woman and "not another man," while "Queer It Up" is an anthem for dance queens to fight for their right to party. A full listen to Queerism serves up disco fever, rap flow, and EDM vibes wrapped in a rainbow package.

Her first video is an unapologetic embrace of lesbian love in which Pallavi shows off her androgynous style and her strong vocal ability.

Pallavi, who identifies as a gender-fluid lesbian, was born in Patna, India, but now resides in Mumbai. She's a classically trained Hindustani vocalist and percussionist in addition to being a singer-songwriter. Fluidity is a theme that permeates much of her lived experience as evidenced in her artist statement: "I am a person who is not confined to any single genre, nationality, religion, or gender. I want to bring together Indian and western, contemporary and traditional musical influences in a way that all types of people can relate to. I know songs have the power to create a movement, this is my attempt at being that voice for LGBTIQA+ persons across the world."

Now that Queerism has hit streaming platforms in India, Pallavi has been hit with an outpouring of love from LGBTQ-identified people who feel seen by her music. She told me, "Some queer women have been writing to me that my music makes them feel strong about who they are. It's so beautiful to receive these kinds of reactions from people!" People are also showing their thanks in cash. Her album is available on Bandcamp for $4.99, but she's been receiving payments of $25 from people who want to go the extra mile to support it. She's also been featured in Billboard Pride, Gay Times, and Times of India.

With her community and the press open to Queerism, Pallavi is looking ahead. The bilingual artist has more singles—in both English and Hindi—ready to go and plans on rolling them out every couple of months. Dreams of artist collaborations and an international tour where she can take her show on the road also keep her motivated. "I want to spread sisterhood and brotherhood, love, and harmony in the world with my music," she said enthusiastically.

However, Pallavi is on the uphill journey that most marginalized artists face: She's figuring out how she's going to pay to make her dreams come true. Currently unsigned, her music comes together as the result of her own gumption and money. She wasn't shy about the fact that overhead investments are critical to seeing her vision through: "If I could find a record label or funders to help, that would be great." Money will let more people hear her music, but a lack of it won't stop her from making her art.

Now that June is here and Pride celebrations are kicking off all over the U.S., it's more important than ever to remember that the LGBTQ community is a global one. All over the world, people like Pallavi are fighting the good fight and building bridges to connect us to it.