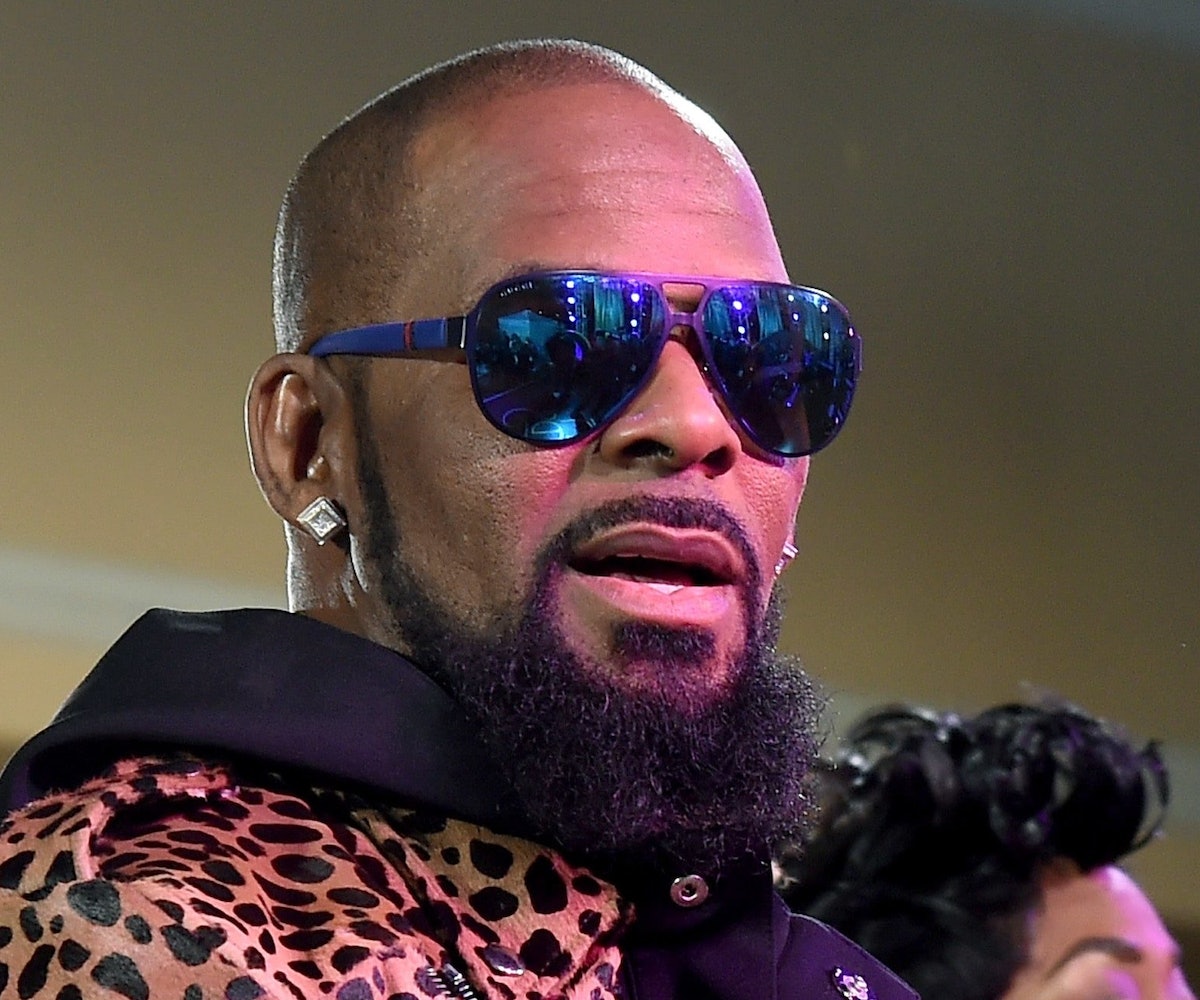 On Friday, the disgraced rapper was charged with 10 counts of sexual abuse, most of which happened to minors who were 13 to 16 years old. His bail was set for $1 million, but he only needed to post 10 percent of that sum to be released. According to his attorney, Steve Greenberg, though, Kelly can't afford to pay as a result of his mismanaged funds. He is apparently behind on his rent and owes $161,000 in child support.

"This is someone who should be wealthy," Greenberg said about Kelly, adding that multiple bad contracts and him being dropped from his record label have put him in this financial situation. "I don't even think he owns the rights to 'I Believe I Can Fly.'" Okay.

Even if Kelly were to afford his bail, he would be prohibited from contact with minors and must surrender his passport. Though I hope he just stays there until he is sent to prison.