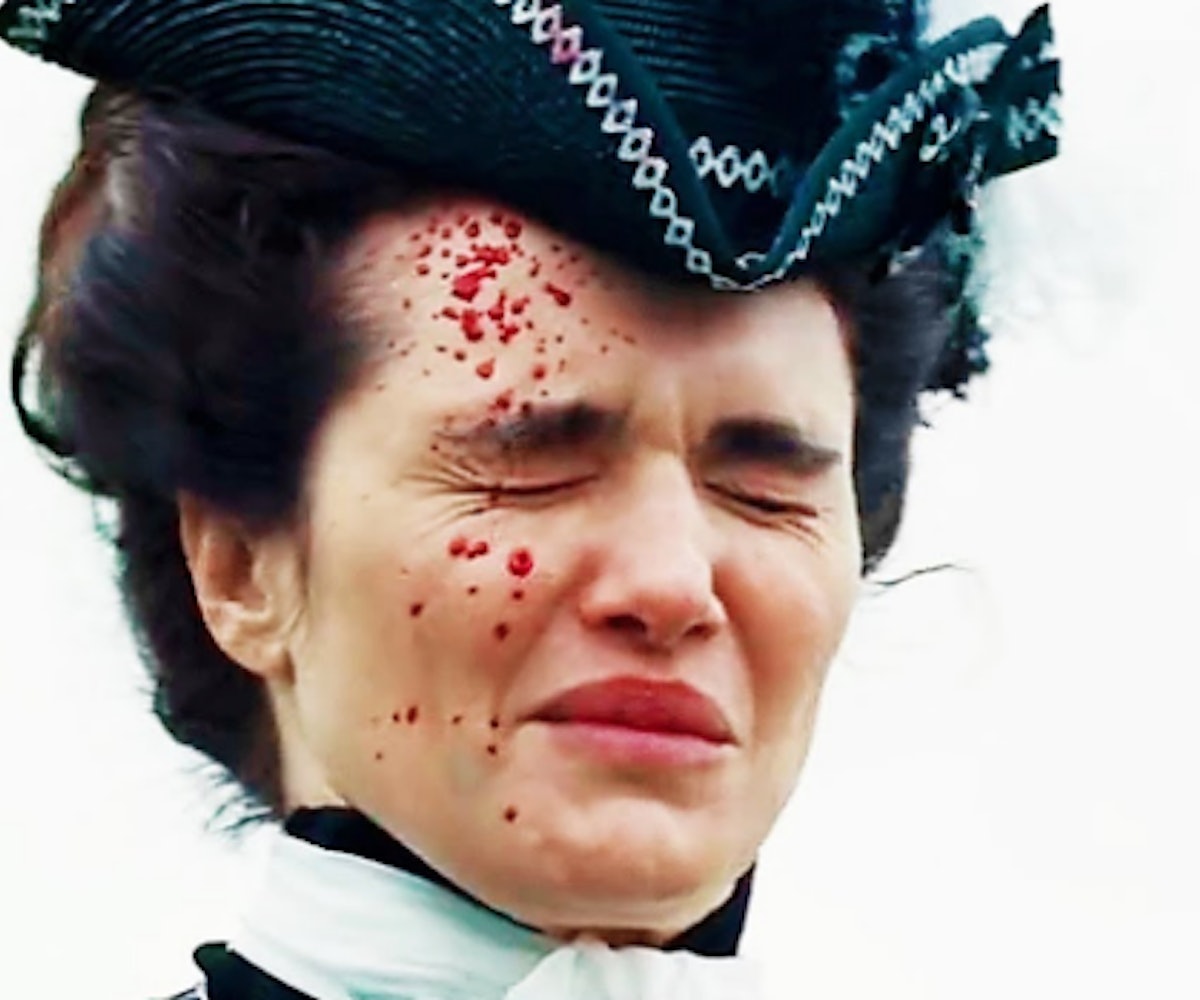 "I mean, I couldn't be less like her," Rachel Weisz said recently, speaking of her character in the darkly raucous farce The Favourite (which, I've never felt compelled to call a film a romp, and I still don't feel like using that word, but if someone else wanted to call The Favourite a romp, well, I get it).

Weisz plays Sarah Churchill, Duchess of Marlborough, a woman who wields a great deal of power within the early 18th-century court of Queen Anne (Olivia Colman), and who is cunning, controlling, alternately acid- and sweet-tongued, and one hell of a dancer. She is, in short, as Weisz said to me, "a human... she's many, many things. She's tough and manipulative and vulnerable and needy and in love and bossy... She is, to me, quite human."

She's also a woman—one who's both powerful and power-hungry, surrounded by other powerful and power-hungry women. We are, by now, used to seeing powerful women in period pieces, but, almost always, their power is notable in how it relates to the men—or the lack of men—around them. Women gain power through marriage or, rarely, through its absence; they maintain their power by the heirs they produce; they lose it when they lose their fertility. A woman's power, then, is always inextricably tied up with her biological womanhood, whereas a man's power is predicated on the social construct that equates masculinity with power.

In The Favourite, though, director Yorgos Lanthimos has subverted this well-worn paradigm, and centers three women—Sarah; the queen; and Abigail (Emma Stone), a usurper to Sarah's power—all of whom have different levels of power, all of whom wield it differently, and all of whom make it clear that, though their biological attributes inform who they are, biology isn't destiny, it's merely another weapon in a woman's arsenal.

One way in which this is done is by removing children from the narrative, all the better to demonstrate the innate powers these women possess, even absent one of the most-recognized markers of female status. In the case of Queen Anne, the lack of children is an important part of her actual history; she notably had 17 pregnancies, but only one child who lived past infancy—and he died when he was barely 11 years old.

Sarah, though, had many children, and, in fact, spent much of her energies working to get those children married to the highest ranking people possible (she probably would have been quite pleased to know that, centuries later, her descendants included a prime minister, Winston Churchill, as well as a future king, through her direct descendant Princess Diana). But The Favourite excises her children from the story, which, in some ways is probably for the best; as Weisz pointed out when we spoke of them, they "hated her by the end of her life, right?"

More than that, though, by liberating Sarah from her role as a mother, as someone whose duty it was to procreate, The Favourite offers a subversive alternate narrative for women, in which their only imperative is to consider their own needs—something women are very rarely allowed to do.

That kind of freedom is, as Weisz said, rare even for today; she said, "I did another film this year [Disobedience], which was two women right now playing opposite each other, and we were free of the history of ownership. It's just not there. It's like, 'Whoo!' You know what I mean? It's an extraordinary thing, having, personally, only played opposite men thus far, to be opposite a woman."

And I did know what she meant—anyone seeing The Favourite will. Because perhaps what is most interesting about the possibilities that are open to women once the boundaries imposed by things like motherhood and marriage are erased, is that this type of liberation can lead to things both extraordinary and ordinary, sublime and perverse, but most of all, and most simply, human—quite human.

The Favourite is in theaters November 23.