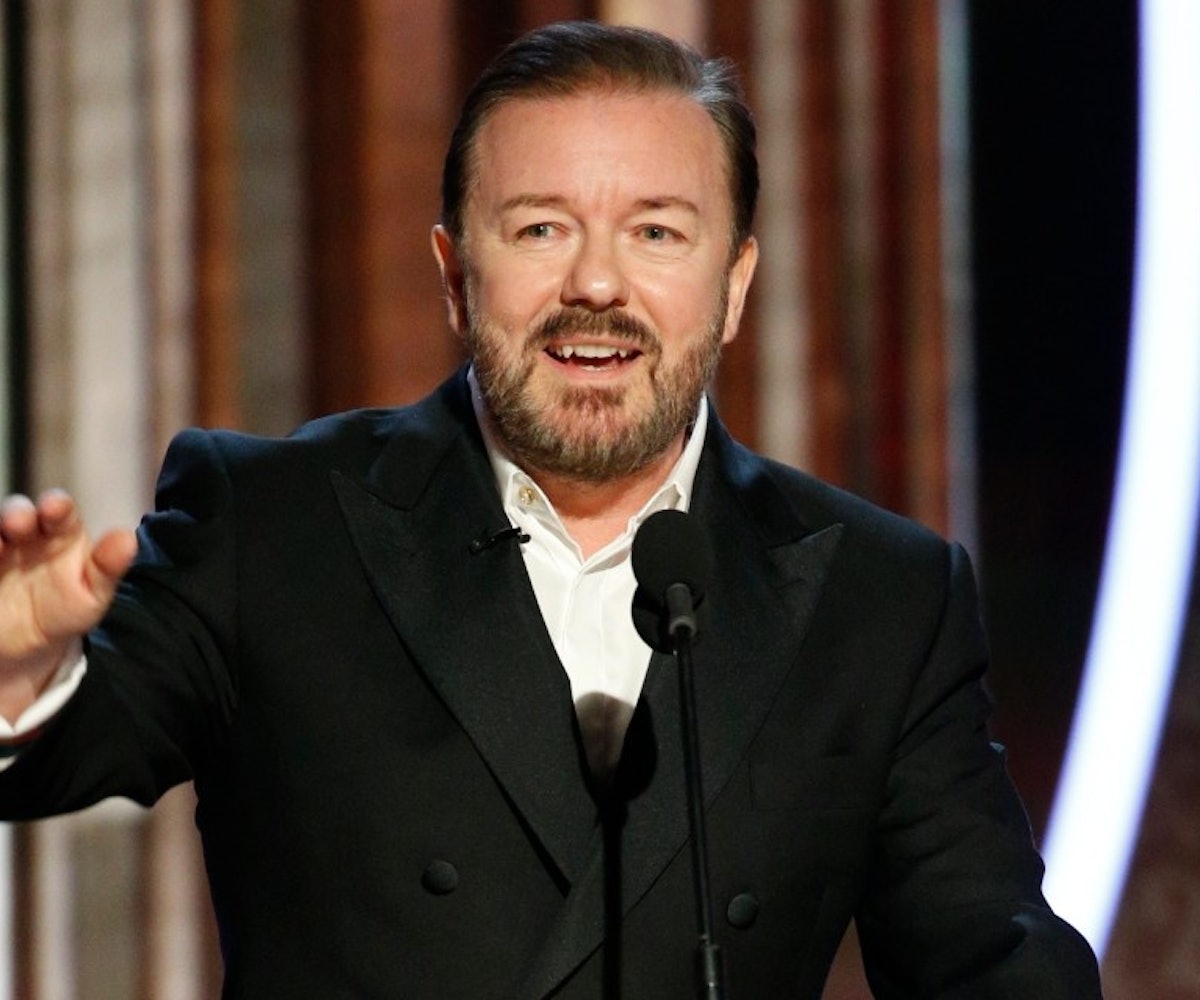 Ricky Gervais returned for the fifth time to the Golden Globe stage as host for the night's festivities and, well, it went down as everyone expected. The controversial comedian who's become notorious for his ruthless, and no-holds-barred "jokes" did not keep it nice for this go around either. Gervais did say that this would be his last time hosting the awards in a statement earlier this year — all the more likely it'll be especially brutal.

Gervais has gotten his fair and abundant share of heat for the more problematic and just plain offensive jokes he's told in the past — most recently he was called out for tweeting some pretty transphobic things — but there's still no one quite like him when it comes to skewering a room full of rich and privileged pretty people. Below, the harshest digs he got in during the course of the night that made us gasp, cringe, and nervously giggle.

2. On Cats: "And the reviews. Oh shocking! I saw one that said, "This is the worst thing to happen to cats since dogs."

3. On Judi Dench defending Cats: "Because she loves nothing better than plunking herself on the carpet, lifting her leg and licking her [extended bleep]."

4. This, honestly, frank read on the huge amount of privilege and corporate-ties in the room, and performative woke-ness: "Apple rolled into the TV game with The Morning Show, a superb drama about the importance of dignity and doing the right thing, made by a company that runs sweatshops in China. When you say you are woke but the companies you work for, I mean unbelievable: Apple, Amazon, Disney. If ISIS started a streaming service you'd call your agent. So if you do win an award tonight don't use it as a platform to make a political speech, you're in no position to lecture the public about anything. You know nothing about the real world. Most of you spent less time in school than Greta Thunberg, so if you win, come up, accept your little award and thank your god and [bleep]."

5. On the incredibly disappointing fact that no female directors were nominated this year: "I spoke to the Hollywood Foreign Press and they assured me that this will never happen again. They talked to the studios and they've agreed to go back to the way things were a few years ago: when they didn't even hire women directors and that will solve the problem. You're welcome."