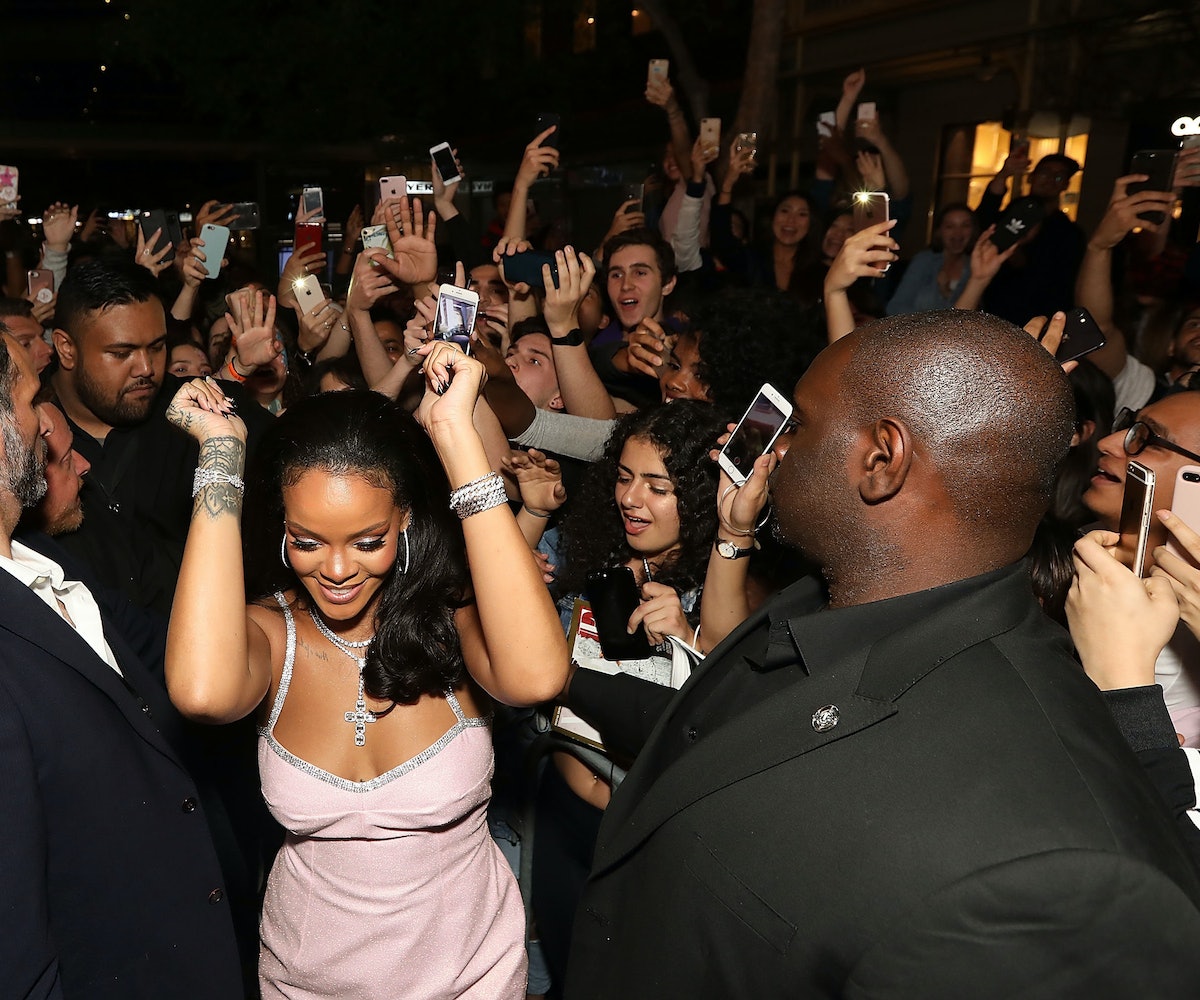 January 27 marks three long years since Anti, the last full album from Rihanna. Her fans, also known as the Navy, are growing increasingly impatient for a follow-up—dubbed R9, as it will be her ninth studio album—and they're not shy about it on social media. Rihanna herself doesn't seem bothered.

After announcing the addition of 10 new shades to her Fenty Beauty Pro Filt'r foundation collection on her Instagram, a fan commented: "It's still 2018? Where is the album???" Seasoned clapback queen Rihanna quipped back, "That question is so 2018." Savage.

This isn't the first time Rihanna has joked about the pressure she feels from fans to release new music. While promoting Ocean's 8 last June, Rihanna appeared on the Graham Norton Show where she asked the host "Who sent you? I know one of my fans got to you, Graham" after he questioned whether or not new music was coming. In October, she added the caption "I feel attacked" on a meme of her wiping sweat from her forehead with accompanying text, "WHEN YOUR FANS KEEP ASKING YOU FOR NEW MUSIC."

In her defense, she hasn't left fans completely hanging. The pop star has successfully added beauty and business mogul to her title with the launch of Fenty Beauty and her lingerie brand, Savage X Fenty. But the breadcrumbs we've received about her return to music (like reports that there might be a reggae album) have left us desperately craving R9.

She's basically the new Frank Ocean. His fans also developed a love-hate relationship with him as we waited for

, the sophomore project that arrived a full four years after his debut project, 2012's

. But, if we learned anything from Ocean and

it's that sometimes the final project is well worth the wait. I'm willing to bet that, when we finally get our hands on R9, our petty overlord will be right back in our good graces.

NEXT UP
Entertainment
Rihanna, Mitski, Lady Gaga Nominated For 2023 Oscars
Entertainment
Harry Styles Is Performing At The 2023 Grammys
Entertainment
Samia On 'Honey' & Saying The Ugly Part Out Loud
Entertainment
Gracie Abrams & Gia Coppola On The Joy Of Free-Flowing Collaboration
Style + Culture, delivered straight to your inbox.