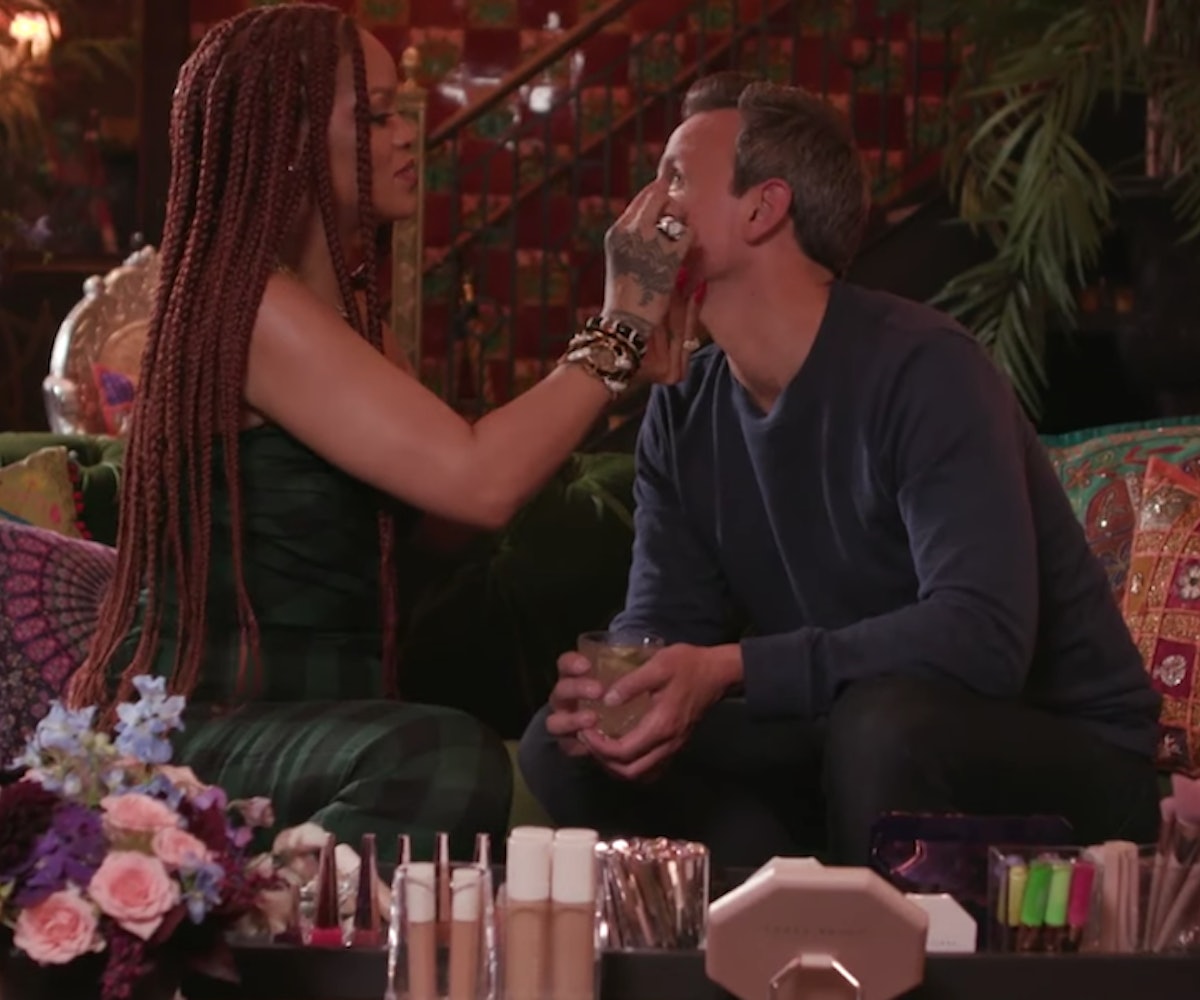 Rihanna and Seth Meyers got beautifully, messily drunk for last night's episode of Late Night With Seth Meyers, and it's everything you'd hope it is and more. More than a few drinks in, Meyers requested that Rihanna give him a makeover using Fenty Beauty products, and the results are, well... drunk.

"I would love if right now if you could give me a summer eye," Meyers says after hyping up Rihanna's multiple business ventures (that have made her the richest female musician in the world). "Woah, Seth... you have wrinkles," Rihanna half-jokes as she applies concealer, which Meyers requests the crew cuts out (they didn't).

With both clearly inebriated, not even the magic of Rih's neon eyeliners could save Meyers from a face that looks like he fell asleep in some pastel face paint. "You're giving me... I want to say Unicorn but what's that movie? With the blue people," Rihanna says about Meyers' face. "Avatar?" Meyers guesses. "Wait, your best guess for what the title of Avatar was is Unicorn?"

Apparently, all Meyers needed to get up and start dancing on the couch was a good ol' makeover, because, from here on out, he's singing "Work" and trying not to die.

Watch the full, glorious video below (makeover starts at 8:35 mark).