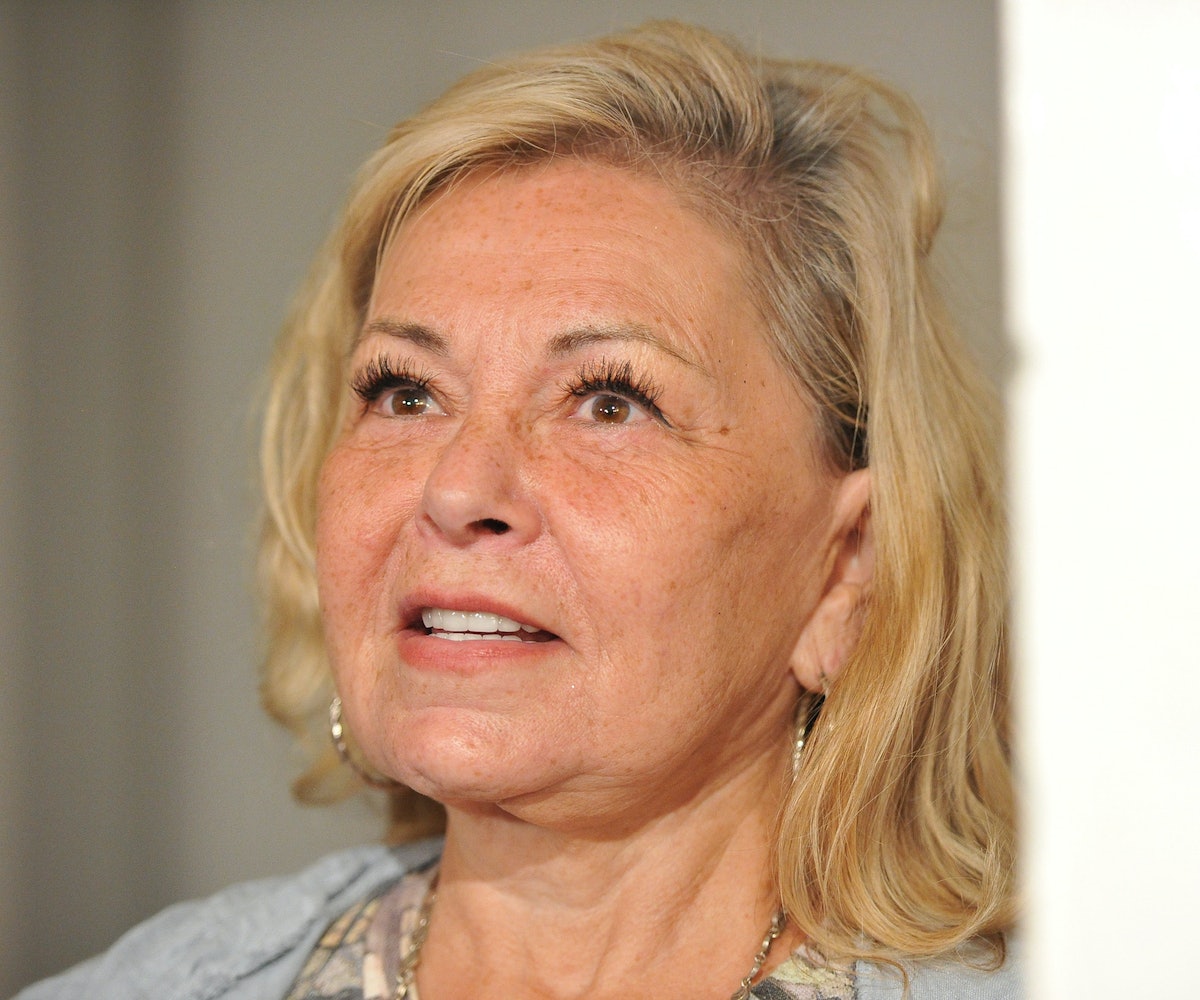 If anyone thought that the cancellation of her self-titled series reboot would give Roseanne Barr time to reflect and perhaps re-evaluate her opinions on important cultural issues, they thought wrong.

Barr was invited to be a guest on The Candace Owens Show—the podcast hosted by a Black right-wing commentator who thinks Black Lives Matter protestors are trying to be "oppressed for attention"—and she is still just as problematic as she was this summer when she compared Valerie Jarrett to an ape. This time, Barr's bigotry was directed at the sexual assault survivors at the center of #MeToo movement. She implied that the victimization of women in Hollywood by predators like Harvey Weinstein is the result of their own immorality.

"It's because they're hoes," she said about why these women were in private quarters with the likes of men like Weinstein. "Like if you don't run out of the room and go, 'Excuse me, you don't do that to me,' and leave, but you stayed around because you're like, 'Well, I thought maybe he was going to give me a writing job,' well, you aren't nothing but a hoe." She also added that women who come forth with sexual assault allegations after being in a hotel room with men late at night are "pretending that they didn't go to trade sexual favors for money."

She didn't stop there: Barr said that Dr. Christine Blasey Ford, who accused Supreme Court Justice Brett Kavanaugh of sexual assault ahead of his confirmation, should be in jail because she raised money for security and housing during the testimony. She also called presidential candidate and senator Kamala Harris "Kama Sutra Harris" and accused her of "sleeping her way to the bottom" because of her previous relationship with former San Francisco Mayor Willie Brown.

Unfortunately, Barr has no plans to go away. She wants to return to comedy to tell women that they're "hoes" and ask men "why they're letting women do this to them." If there is any justice, her set will be canceled before it starts.