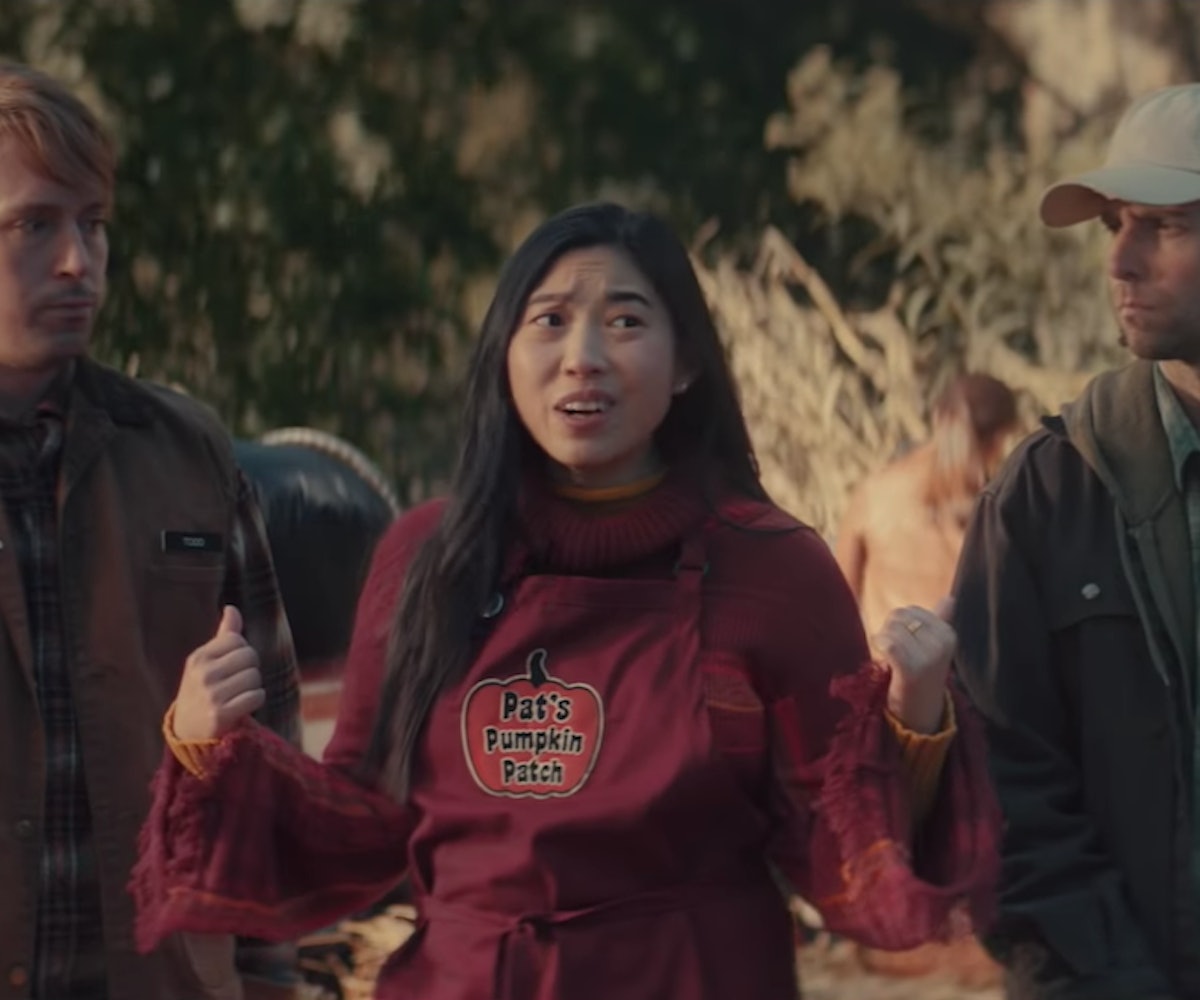 Two NYC comedians have accused Saturday Night Live of plagiarizing digital short sketches from their previously released material. According to a new interview with Variety, the pair claim that two recent SNL shorts, "The Pumpkin Patch" from October 2018 and "Pound Puppy" from February 2019, have been lifted from comedy troupe Temple Horses' YouTube videos.

Nick Ruggia and Ryan Hoffman, co-founders of Temple Horses, allege the basis of SNL's "The Pumpkin Patch" stems from their 2014 video "Not Trying To Fuck This Pumpkin." In "The Pumpkin Patch," host Awkwafina plays an employee who dares her coworker to fuck a pumpkin, not knowing it would lead to another coworker joining in and their eventual firing. In Temple Horses' version, a group discusses which pumpkins they would fuck, even though none of them claim to be the type of people who would ever do such a thing. The group is eventually booted from the pumpkin patch after acting out a pumpkin orgy.

In Temple Horses' 2011 sketch "Pet Blinders," couples (and one masturbator) are embarrassed by their dogs' incessant staring while they are trying to have sex. What's the solution? Pet blinders, a sleeping mask meant to be put on your dog's eyes. In Saturday Night Live's "Pound Puppy," they have the same problem, except the couples find a different solution: A dog-shaped tent that will make your pup think there's a massive playmate in the room, when really it's just you and your partner getting it on inside.

Ruggia and Hoffman spoke to Variety about their reason for speaking out now, despite noticing the first similarity back in October. "Imagine, one day you come home and it looks like somebody's robbed your house," Hoffman said. "What do you want from that situation? We feel like somebody took our stuff, and this isn't the kind of thing where you can just get it back or call your insurance company to have it replaced, so at this point we're just speaking out about it." Once the two saw the second sketch, they decided enough was enough. "It was twice in the same season, and we felt that at this point, that we didn't really have a choice but to address it... And we don't really want to be involved in a mess like this, but there's a certain point you have to stand up for yourself and your work."

Variety shares that an NBC executive verbally denied any similarities that would be protected under copyright law, and a source at SNL added that NBC is currently drafting a formal response that echoes the same sentiment. NBC did apparently clarify that both sketches in question were written by different writers, but did not identify who.