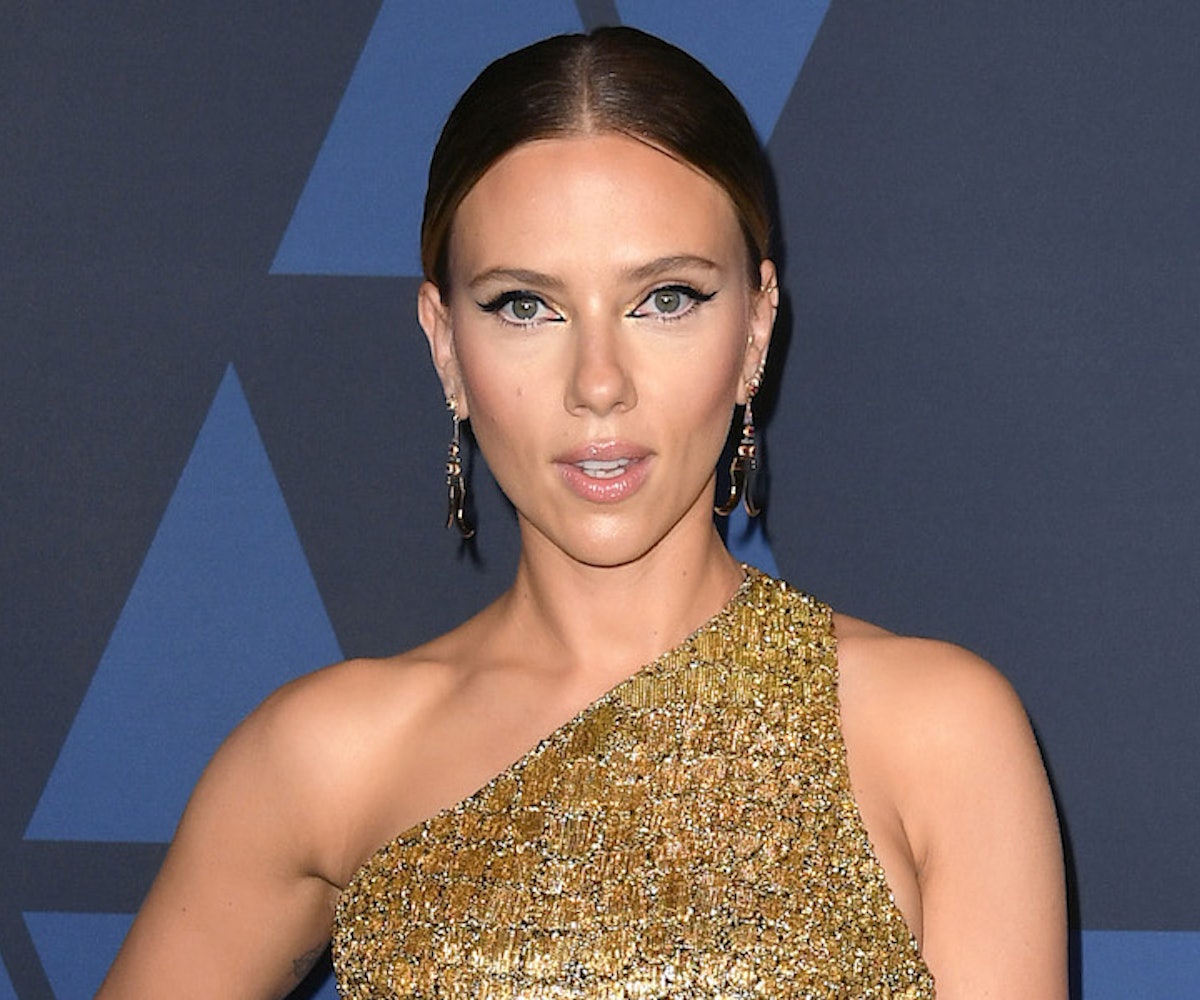 Scarlett Johansson is still standing by her defense of Woody Allen in light of detailed allegations of sexual assault, and it doesn't seem like there's any changing her mind. In her new cover story for Vanity Fair, Johansson openly discusses her controversial September 2019 statement to The Hollywood Reporter — "I love Woody... I believe him, and I would work with him anytime" — doubling down on her support of the disgraced filmmaker.

"I'm not a politician, and I can't lie about the way I feel about things," she tells Vanity Fair. "I don't have that. It's just not a part of my personality. I don't want to have to edit myself, or temper what I think or say. I can't live that way. It's just not me. And also I think that when you have that kind of integrity, it's going to probably rub people, some people, the wrong way. And that's kind of par for the course, I guess."

Interviewer Chris Heath then asks Johansson whether hearing criticisms of her Allen defense "made her think they had a point," to which Johansson replies: "I don't know—I feel the way I feel about it," adding, "It's my experience. I don't know any more than any other person knows. I only have a close proximity with Woody…he's a friend of mine. But I have no other insight other than my relationship with him."

Heath then points out that defending individuals accused of assault is essentially expressing disbelief in a victim's claim. Johansson paused for a moment after responding "Yeah," before continuing, "I do understand how that is triggering for some people. But just because I believe my friend does not mean that I don't support women, believe women. I think you have to take it on a case-by-case basis. You can't have this blanket statement — I don't believe that. But that's my personal belief. That's how I feel."