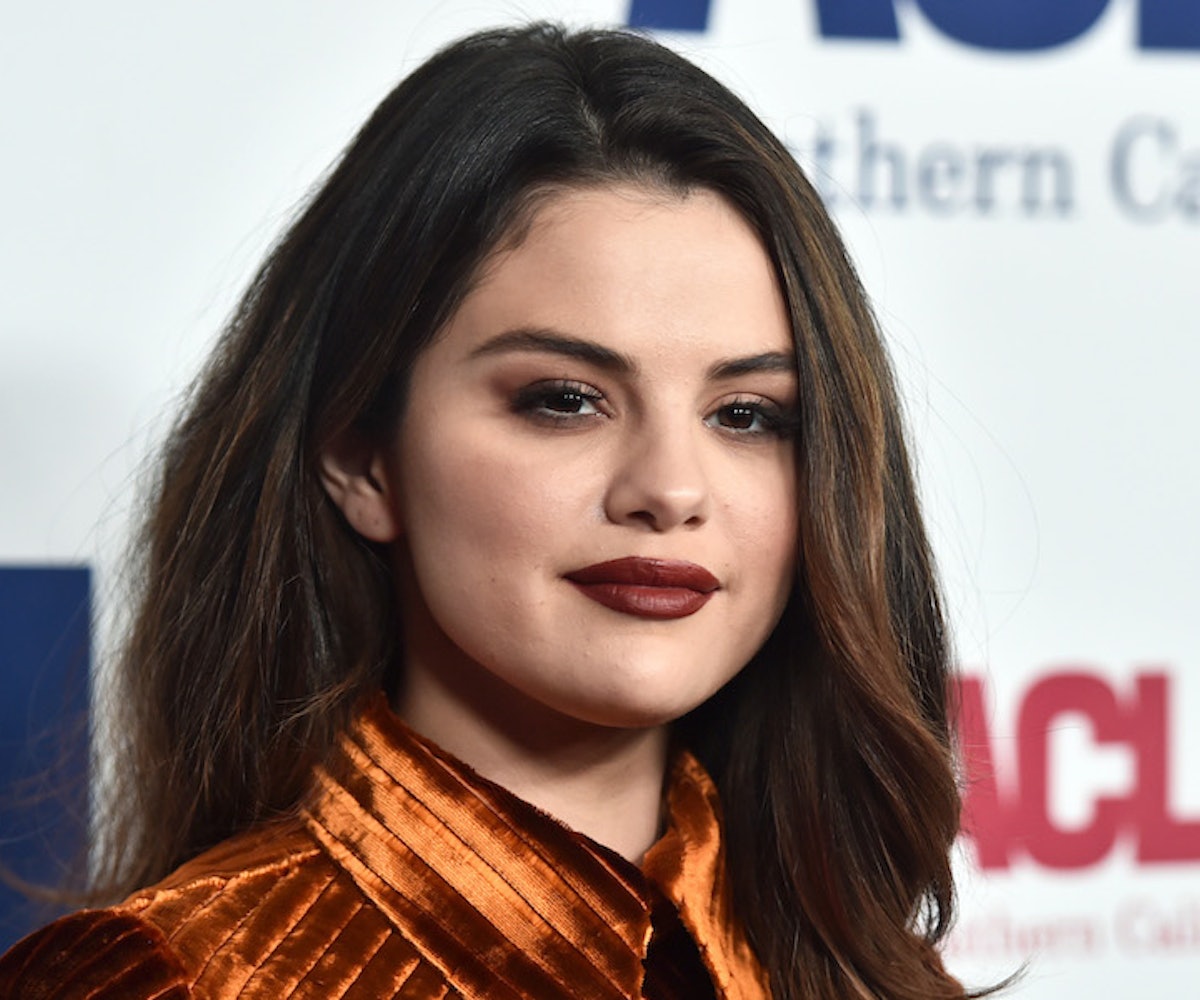 A second album is coming in the very near future from Selena Gomez. On Thursday, Gomez revealed that her sophomore album will be released on January 10, adding that the album title and track list will be "coming soon." The singer shared the news with a colorful visual, combining footage from her two most recent music videos with candid footage filmed in the studio, wearing never-before-seen SG2 merchandise.

"This album is my diary from the past few years and I can't wait for you to hear it," Gomez captioned her announcement on Instagram. Gomez has been teasing her new era of music since October, sending out a series of hints before releasing breakup ballad "Lose You To Love Me", which now appears to be the lead single off her forthcoming sophomore album. The song, which many fans theorize is about her ex Justin Bieber, was quickly followed up by "Look At Her Now", the upbeat, empowering counterpart to the former. We can only hope that SG2 will be filled with even more songs that will have us deleting our exes' numbers and dating apps from our phones.

The record is already available for preorder, and features 13 tracks, including both of her most recent singles. The current album art is a black-and-white collage of images, bearing only her name and SG2 at the bottom. Watch the album teaser below, and stay tuned for more SG2 updates as they're revealed.