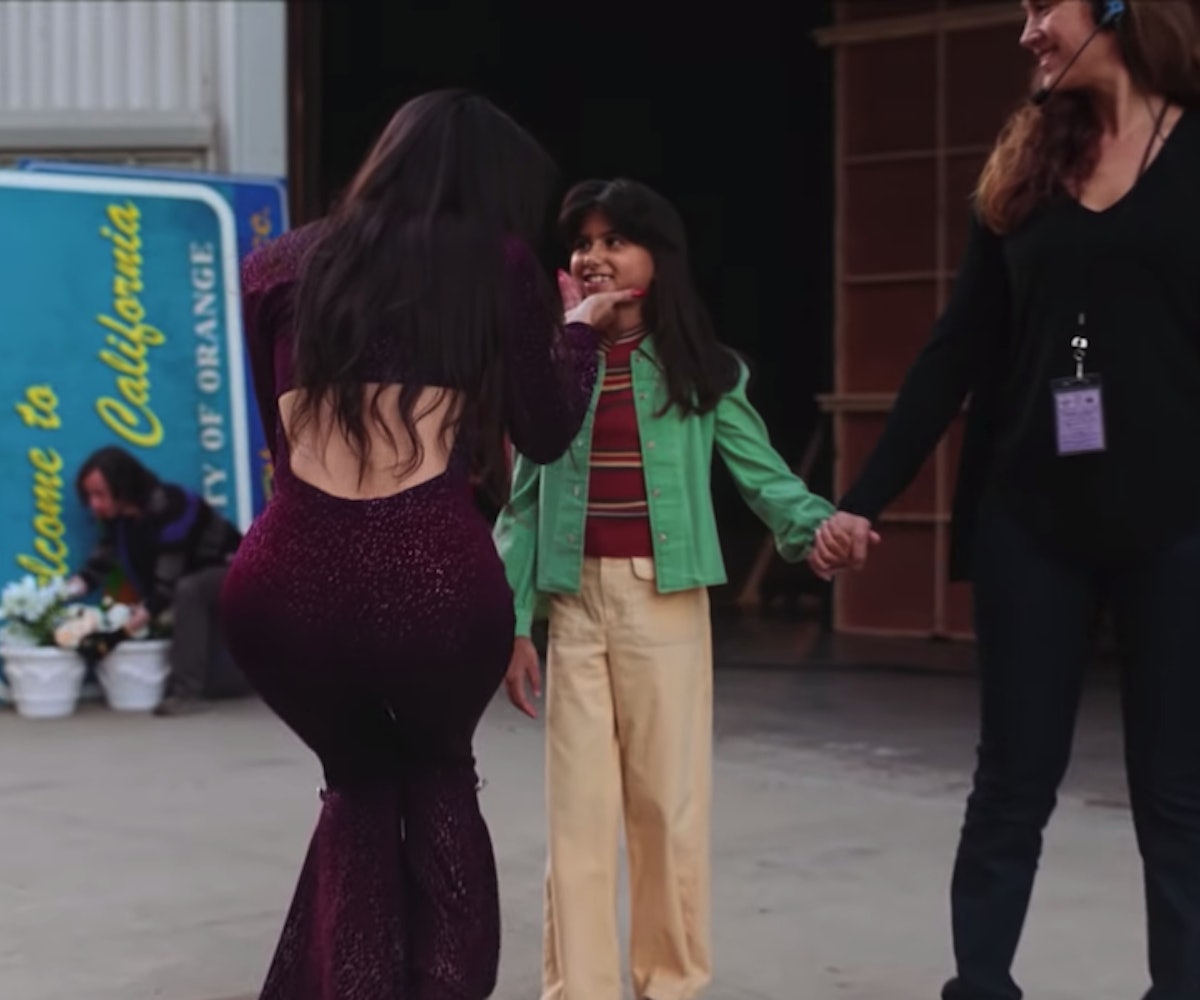 Netflix already revealed who will star as the iconic Selena Quintanilla Perez in its forthcoming limited series, and her transformation into the Tejano singer will have you doing a double take. Walking Dead actress Christian Serratos is confirmed in the role of Quintanilla in Selena: The Series, and in a new introductory video Netflix dropped on Tuesday, we watch her metamorphosis into the star.

"Red lips: check. Feathered bangs: check. Legendary jumpsuit: check," Netflix shares in a description, but that's not what seals the deal on Serratos' portrayal — it's the attitude. In just under a minute, we watch as Serratos flicks and twists her wrists through the air as she reads over lines, practices a few spins and ball-changes in silver heels, and greets a young fan in the studio lot. She's totally stepped into the life of Quintanilla, and is ready to introduce herself to the world.

Per the Netflix synopsis, "Selena: The Series is a coming of age story that follows Selena Quintanilla as her dreams come true and all the heart-wrenching and life-changing choices she and her family have to make as they navigate success, family, and music." Previously, Netflix announced that the series was to be "developed alongside, and will be executive produced by, The Quintanilla family," so Serratos has likely gotten the Quintanilla family seal of approval.

Watch Serratos introduce herself as Selena Quintanilla below, and stay firmly planted on the edge of your seat until Netflix finally reveals a release date for the series.

NEXT UP
Culture
Phoebe Dynevor Will Not Return for Bridgerton Season 3
Entertainment
Boygenius, LCD Soundsystem & Steve Lacy Are Headlining A Summer Concert Series
Culture
6 Shows To Binge Once You've Finished 'The White Lotus'
Entertainment
Beyoncé Is Now The Most Awarded Artist In Grammy History
Style + Culture, delivered straight to your inbox.