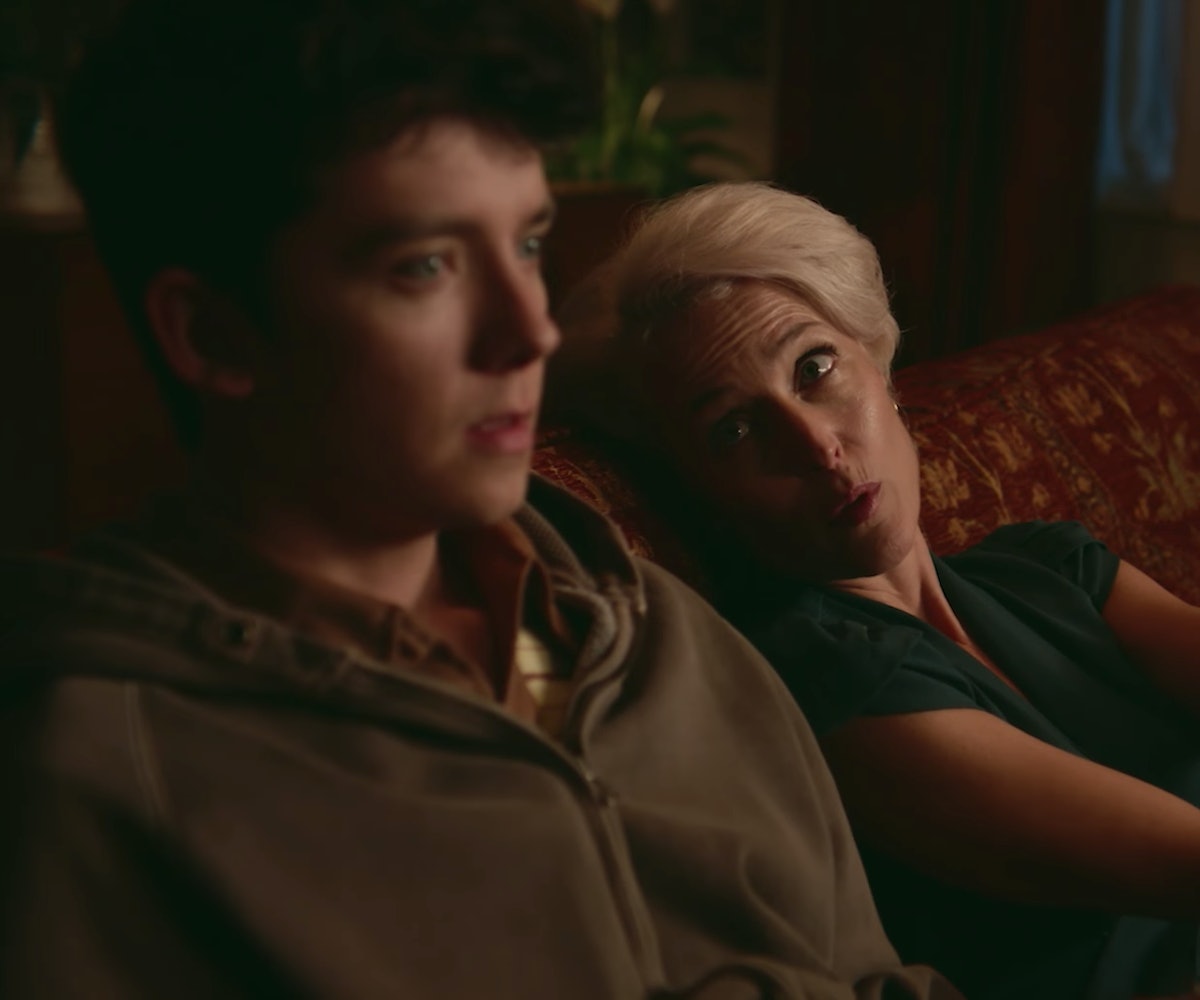 Netflix has revealed the first trailer for its forthcoming series Sex Education, and it has us dying of secondhand embarrassment (but we can't wait for more).

Had I been Otis, I would have opted to crawl under a rock until the end of my teen years, but he makes a far more adventurous choice: Under pressure from a classmate, he begins to work as a sex therapist for his high school peers with the promise of cold hard cash as a reward. Suddenly, he is swarmed by all the weird sex experiences and questions of everyone around him and his standing on the "social food chain" goes up.

Sex Education hits Netflix on January 11. Catch the trailer, below.

NEXT UP
Culture
Phoebe Dynevor Will Not Return for Bridgerton Season 3
Culture
Succession Season 4 Trailer Explodes With Family Drama
Culture
6 Shows To Binge Once You've Finished 'The White Lotus'
Culture
An Ode To Stripperweb, The Beloved Sex Worker Forum
Style + Culture, delivered straight to your inbox.