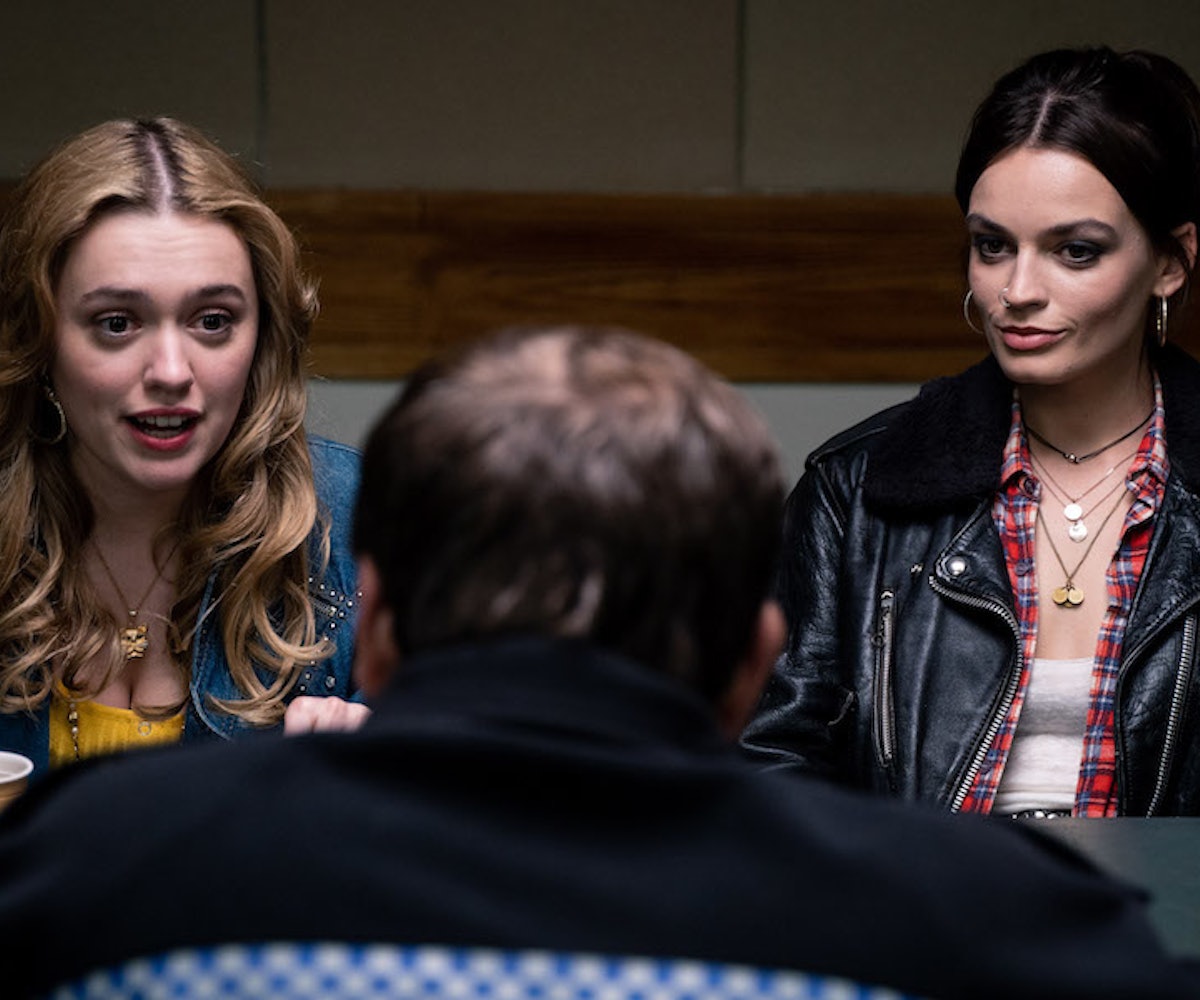 Sex Educationis returning for a second season in early 2020, and although that's still months away, Netflix is already teasing brand new images from the upcoming new episodes.

Don't get too excited — the streaming network isn't about to lighten up any of the suspense around the biggest cliffhanger of last season. Adam has arrived at military school, and we don't know where he and Eric stand at all. Per Netflix, Adam is "still conflicted by his feelings for Eric," and military school probably won't be the best place to sort that all out.

Here's what we do know: it seems that favorites Maeve (Emma Mackey) and Aimee (Aimee Lou Wood) have dived into friendship with full-force: a photo revealed by Netflix suggests they're already getting into some very-Thelma & Louise antics. In the image, the two sit behind a table being questioned by a police officer, with a newly brunette Maeve smirking as Aimee details their story.

If you take a peek behind a pensive-looking Jean (Gillian Anderson) in the new images, you'll see that she's kept her iconic yoni imagery on-point with a corn poster that fits right into the '70s color scheme. The photo doesn't give much away about Jean's plot in the new season, but according to a brief description offered by Netflix, her secret relationship with Jakob (Mikael Persbrandt) is found out by their children Otis (Asa Butterfield) and Ola (Patricia Allison), so they must now "learn how to operate as a blended family."

Otis will have plenty of literal sex education work on his hands in this new season, as "Moordale Secondary is in the throes of a Chlamydia outbreak," which will probably provide him with the perfect opportunity to avoid unpacking the complicated dynamics between himself, Maeve, and his girlfriend Ola.

There's no exact release date yet, but Netflix promises eight-episode second season will be available to stream in early 2020. Check out all the first-look images below, and refresh your memory of the show by rewatching the first season now.