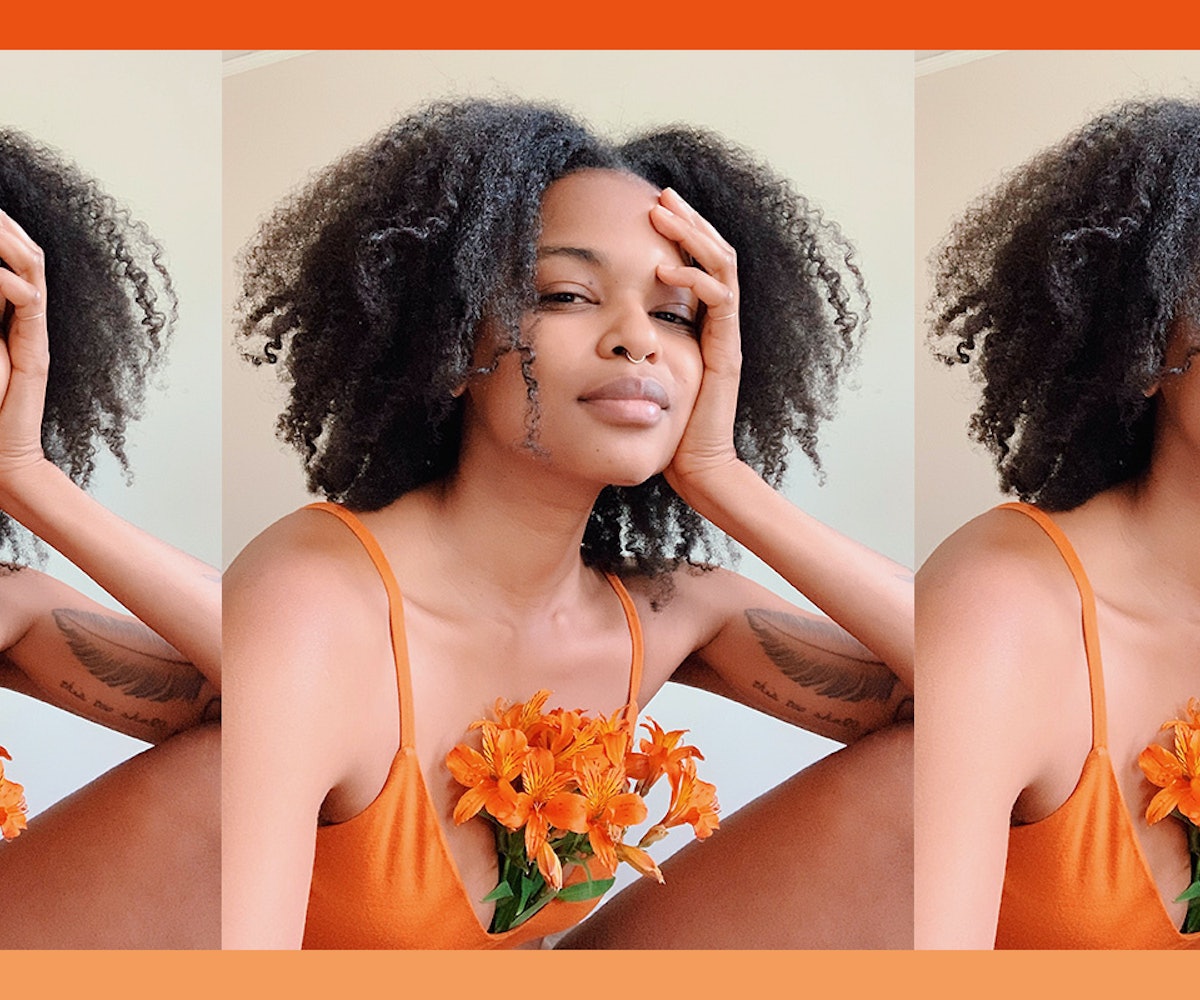 Portland-based sexuality doula Ev'Yan Whitney has spent over eight years dedicating herself to advocating for womxn and femmes seeking freedom from shame and fear in order to achieve sexual liberation. With programs that focus primarily on holistic care, Whitney has become a trailblazer for a growing community looking to develop a better relationship with their sexuality in a way that allows them to feel safe and heard. But, if you've never heard of the term "sexuality doula" before, you're not alone. The role is pretty complex, says Whitney, describing it as someone who helps people transition out of sexual shame, trauma, fear, and confusion and into sexual liberation, expression, and freedom. That's a heavy job.

Though the job she does could be given other names, Whitney prefers the term "doula" because it relates back to work done by women of color before her. "I really like the term 'sexuality doula' as opposed to something like 'sex coach' or 'sexuality coach' because for me, whenever I thought of the word 'coach,' I immediately thought of a cis white dude coaching soccer or something," says Whitney. "Doula work has been predominantly done by women and femmes of color."

Being a sexuality doula wasn't always in the cards for Whitney. She was initially torn between pursuing careers in fashion, hair, and makeup. When those didn't work out, she explored another creative outlet: writing. "Writing had always been part of my life, but I didn't quite know what it looked like to pursue that [as a career]," she says. So, like many aspiring writers before her, Whitney created a blog, Apricot Tea, where she later revealed the struggles she was facing in her sex life to her readers.

"I was dealing with a lot of shame and disconnection within my sex life to the extent that I was barely having sex at all—and the response I got on Apricot Tea from that essay was huge," says Whitney. "The thing that I realized very, very rapidly is that those things—the sex toys, the lubes—are just Band-Aids, especially if your sexual blockages are coming from disconnection from body. Maybe because that's coming from trauma or disconnection from your pleasure. Maybe because you don't feel like you're worthy of pleasure." Following the overflow of support from her readers, Whitney created her new blog, Sex Love Liberation (now EvyanWhitney), to continue sharing her ongoing sexual liberation journey.

Now, with over six years of doula experience, she uses one-on-one sessions that allow her to create unique paths for each client based on their needs. She also teaches workshops, offers online programs such as Sexting Myself and Thirty Days of Sensuality, and hosts The Sexually Liberated Woman podcast.

"Whenever I'm in a session with a client, I never try to force them to heal. I never try to make the pace go faster than what I think that they can handle because I trust their healing journey," Whitney says. "I trust their resilience, and their ability to heal... because I realized that healing isn't linear."

Whitney notes that, particularly with her queer and non-white clients, her work is more layered because they have almost always dealt with oppression for their identity. "A lot of my work with my queer clients, with my Black or POC clients, with my clients that identify as woman or femme, looks like me validating their experiences as they navigate through racism, homophobia, sexism, misogynoir, oppression from the patriarchy, and the feeling of lack of safety in a male-dominated world," she says, explaining that these experiences inhibit the ability to navigate sexuality.

And, breaking through that oppression can be incredibly powerful. "Because that navigating is being done while they're trying to connect back into their bodies and heal their trauma and un-shame their sexuality, all kinds of things pop up in this process," Whitney continues. "The thing I affirm in them is that that work of sexual liberation and healing is a radical act and a giant 'fuck you' to white supremacist patriarchal capitalism. To take up space with our bodies, to celebrate our sexuality is an act of resistance."

Whitney's work isn't just one-on-one sessions, though: She recently hosted a two-part sensual workshop in L.A., where her goal was to create a night of sensual space-taking and empowerment. For many, the concept of holding space for one another might seem difficult to understand at first. The process of creating and holding sensual space simply means to be completely connected to your body and what makes you feel good while bringing that connection to a more communal space.

Despite having to navigate such weighty and complex issues in her work, Whitney doesn't get overwhelmed with it all, and instead works to remain optimistic and continue creating a safe haven for people as an act of resilience. "Our work doesn't end because we're experiencing push back. This is the time we're supposed to fight even harder," she says. "This is the time when showing up for our cause matters the most."