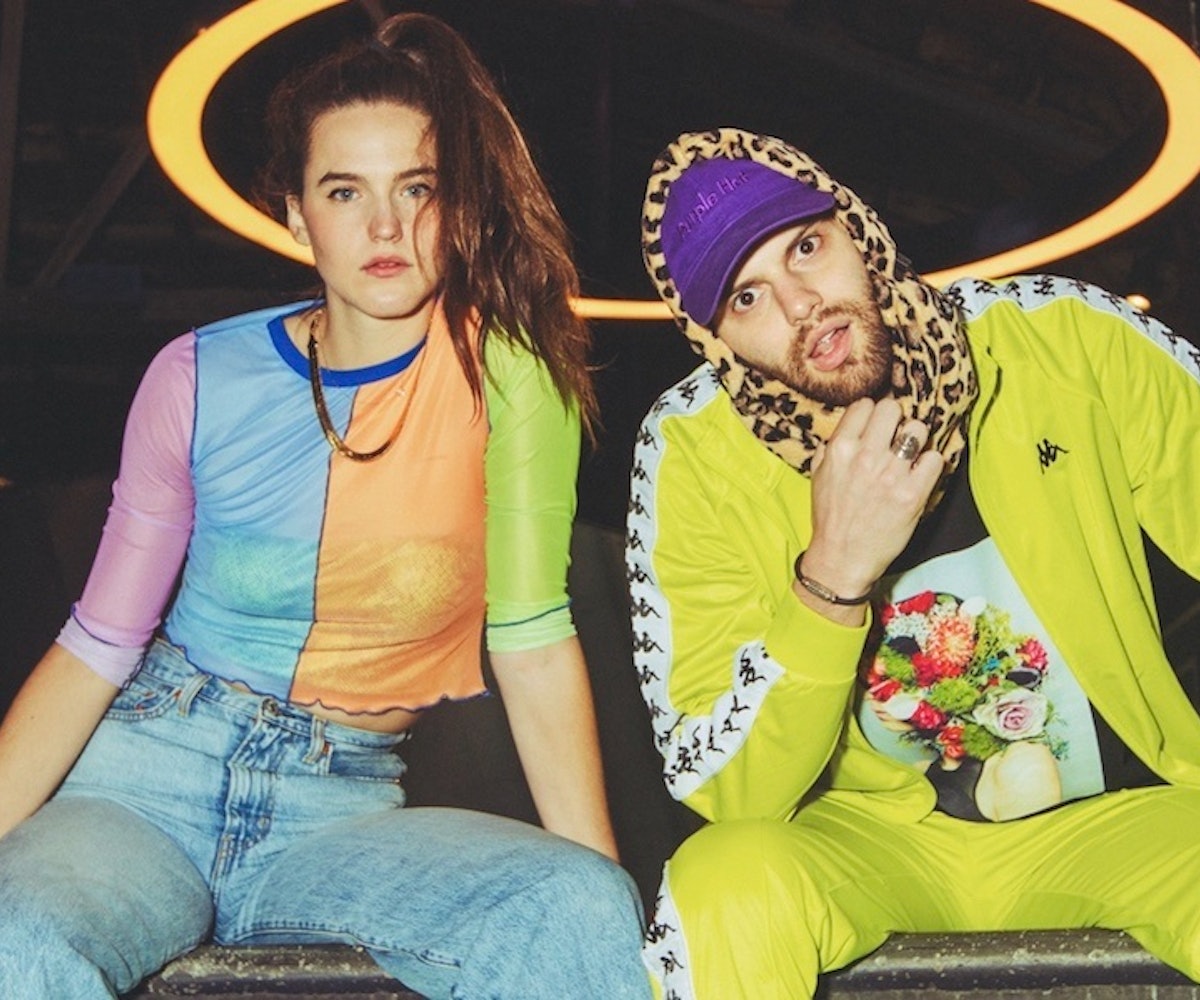 SOFI TUKKER captured the electrifying energy of their live shows in the new "Purple Hat" music video. The duo teamed up with frequent collaborator Charles Todd — also behind the visuals for "Fantasy" and "Swing" — to recreate the beautiful chaos of their recent homecoming show at New York City venue Avant Gardner. In the video, fans pour inside the venue wearing the titular purple hats and coordinating leopard print 'fits before "dancing on the people" as the song's mantra instructs.

"This song was written about the energy of the crowds at our shows, so we wanted to literally capture that energy for the video too. It's always so special playing back in New York, where everything started for us and we thought it would be the perfect show to film the video at," SOFI TUKKER tells NYLON. "We didn't want to get actors and have a fake party to recreate the energy — we wanted to do it in real life with real people, like we do most nights of the year. Really happy to relive that night over and over again."

Watch the video for "Purple Hat," below.

NEXT UP
Entertainment
19 Niche Music Festivals For Every Type Of Person
Entertainment
Hawa Has Her D'Angelo Moment In Playful "Actually" Video
Entertainment
Boygenius, LCD Soundsystem & Steve Lacy Are Headlining A Summer Concert Series
Entertainment
Chloe's "Pray It Away" & 9 Other New Songs Out This Week
Style + Culture, delivered straight to your inbox.