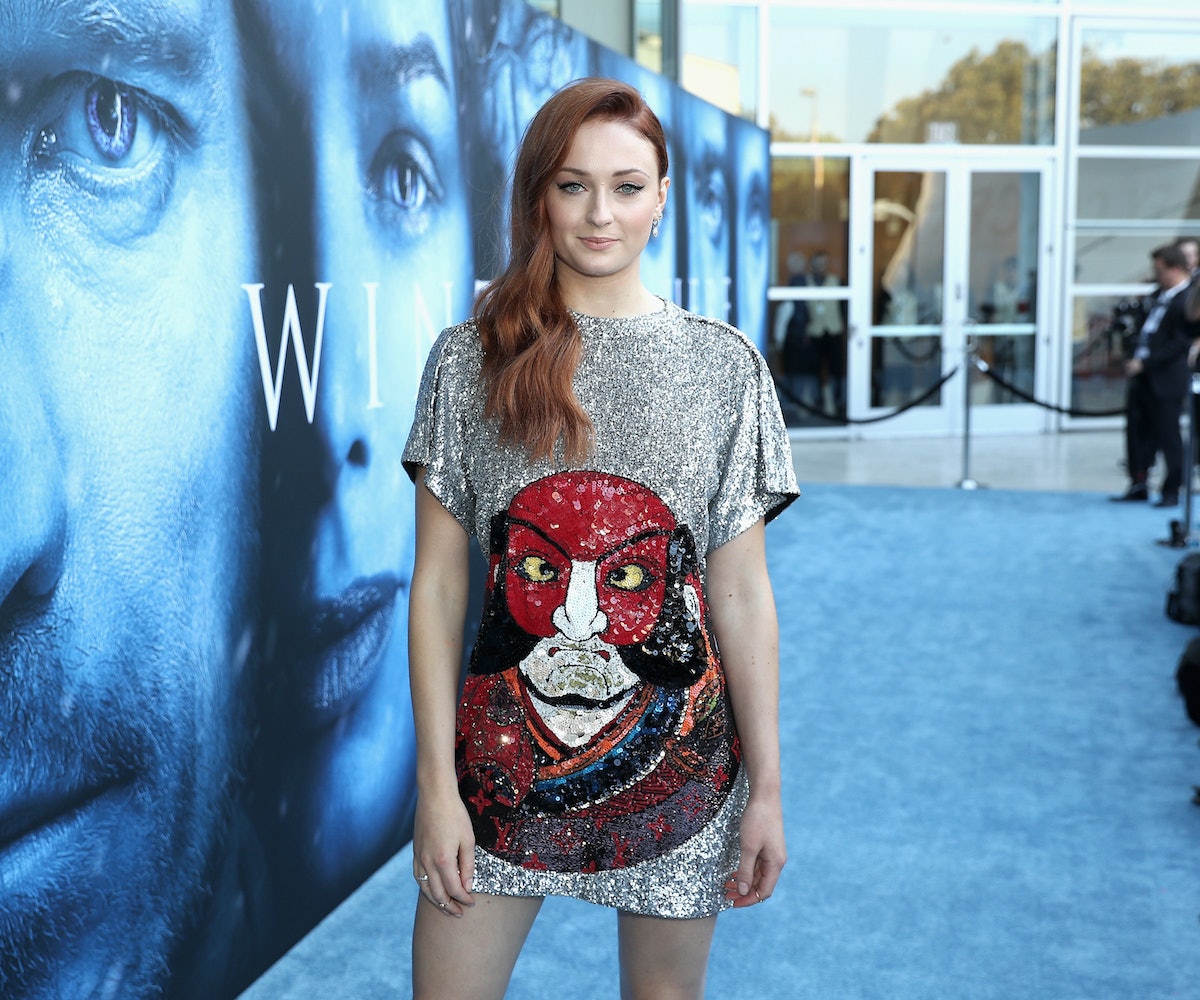 Sophie Turner spilled the beans to W magazine that she's already spilled the beans about something else: how Game of Thrones will end. She casually offered this tidbit to the interviewer: "I don't think people tell me things anymore because they know that I can't keep [secrets]. I've already told the ending of Game of Thrones to a few people." She also clarified that she was completely sober when she volunteered the information to "people that I know will keep the secret." So now we want to know: Who are these people who willingly signed up for the biggest spoilers, ever, and are now sleeping at night? I have a few guesses. Here is my list of likely accomplices.

The most obvious answer would be Joe Jonas, Turner's fiancé. If she's admittedly bad with secrets, there's no way she's keeping cards like this close to her chest during pillow talk. Though he has said in the past this of spoilers: "She knows if she told me I would be so heartbroken because I'm such a big fan of the show. I'd be pissed." But maybe he changed this mind?

Priyanka Chopra is also probably privy. I can just see Turner cozying up to her new sister-in-law with this juicy morsel, and Chopra playing cool like she isn't dying to know. By default, this implicates Chopra's husband, Nick Jonas, as well.

Turner is pretty close to her two older brothers James and Will. She once called them her best friends, so they're likely in on it. Richard Chai, Blair Noel, and Ellie Johnson, friends who appear on Turner's Instagram pretty regularly, can't be ruled out, either.

Regardless of whom it is, it's not likely that they enjoyed receiving whatever news Turner delivered. Maisie Williams, who plays Turner's little sister on

recently admitted that she doesn't think anyone is going to be happy about the ending. Given this, and the history of the show basically tormenting fans, I'm pretty sure this means that all of their characters are going to be killed off.

NEXT UP
Life
Marissa & Alex’s Relationship On The O.C. Deserved More
Life
The First Squid Game Season 2 Trailer Is Here
Entertainment
Megan Stalter To Create 'Church Girls' Comedy For A24 & HBO Max
Entertainment
Shea Couleé Hints At Exciting Things to Come In the Second Half of ‘All Stars 7’