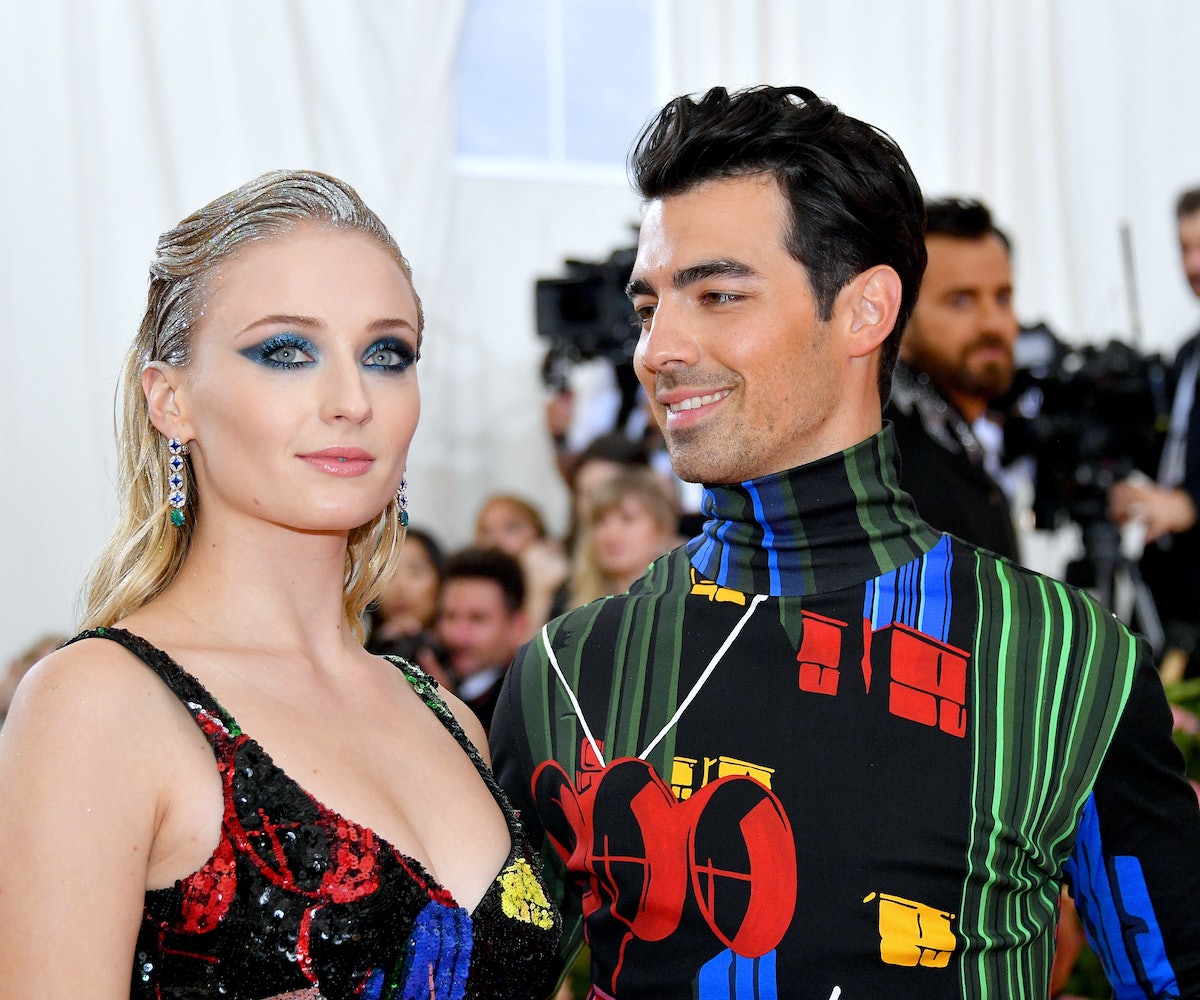 Photo by Dia Dipasupil/FilmMagic via Getty

Joe Jonas and Sophie Turner might be the epitome of current celebrity couple goals, but as the Game of Thrones star revealed, she wasn't always the biggest fan of her husband. The couple, who is reportedly expecting their first child together, aren't shy about publicly sharing their love, but at one point, long before they met, Turner hated the Jonas Brothers.

Speaking with Elle, Turner explained that growing up, she and her friends loved an English band called Busted. The Jonas Brothers later covered Busted's track, "Year 3000," and when Busted later broke up, Turner blamed the brothers. "My friends and I were not Jonas Brothers fans," she said.

Despite her continued apprehension regarding one of the world's biggest boy bands, Turner said that friends and colleagues had suggested numerous times that she should meet Jonas. It wasn't until Jonas slid into Turner's DMs and asked if she wanted to hang out, that the Game of Thrones star decided to take a chance. However, she wasn't exactly convinced it would be an immediate love connection.

"I expected him to show up with security and everything," Turner told Elle of their first meeting. "I thought, 'He's gonna be such a d*ck.' I brought all my guy friends to come with me to meet him, because in the back of my mind I still worried that he could be a catfish—or I don't know what. I just wanted my guy friends with me. I had my rugby boys. I was safe."

Turner continued, telling Elle that the meet-up occurred at a sh*tty local bar, and after talking for hours, she changed her mind about the pop star. "He didn't bring security. He brought a friend, and they drank just as hard as the rest of us. I remember the two of us spending only a couple of minutes on the dance floor, and then we just found a space far in the corner and we just talked," she said. "It wasn't small talk—it was just so easy. And soon we were, like, inseparable. I went on tour with him."

The rest was apparently love history, as the two would later wed, holding a Las Vegas ceremony that featured an Elvis impersonator, and a livestream of the entire event care of Diplo. A Diplo-attended wedding certainly sounds like the beginning of a happily ever after to me. Later, the two also held an official ceremony in Paris.

As for how she's enjoying married life, Turner said that much hasn't changed. "Just the word husband and the word wife—it just solidifies the relationship," she said. "I love being married. I think it's wonderful. I'm sure we'll have our hiccups and our different things. But right now, it's like the security and the safety is everything."

Get a peek at their happily ever after in an Instagram from the wedding, below.