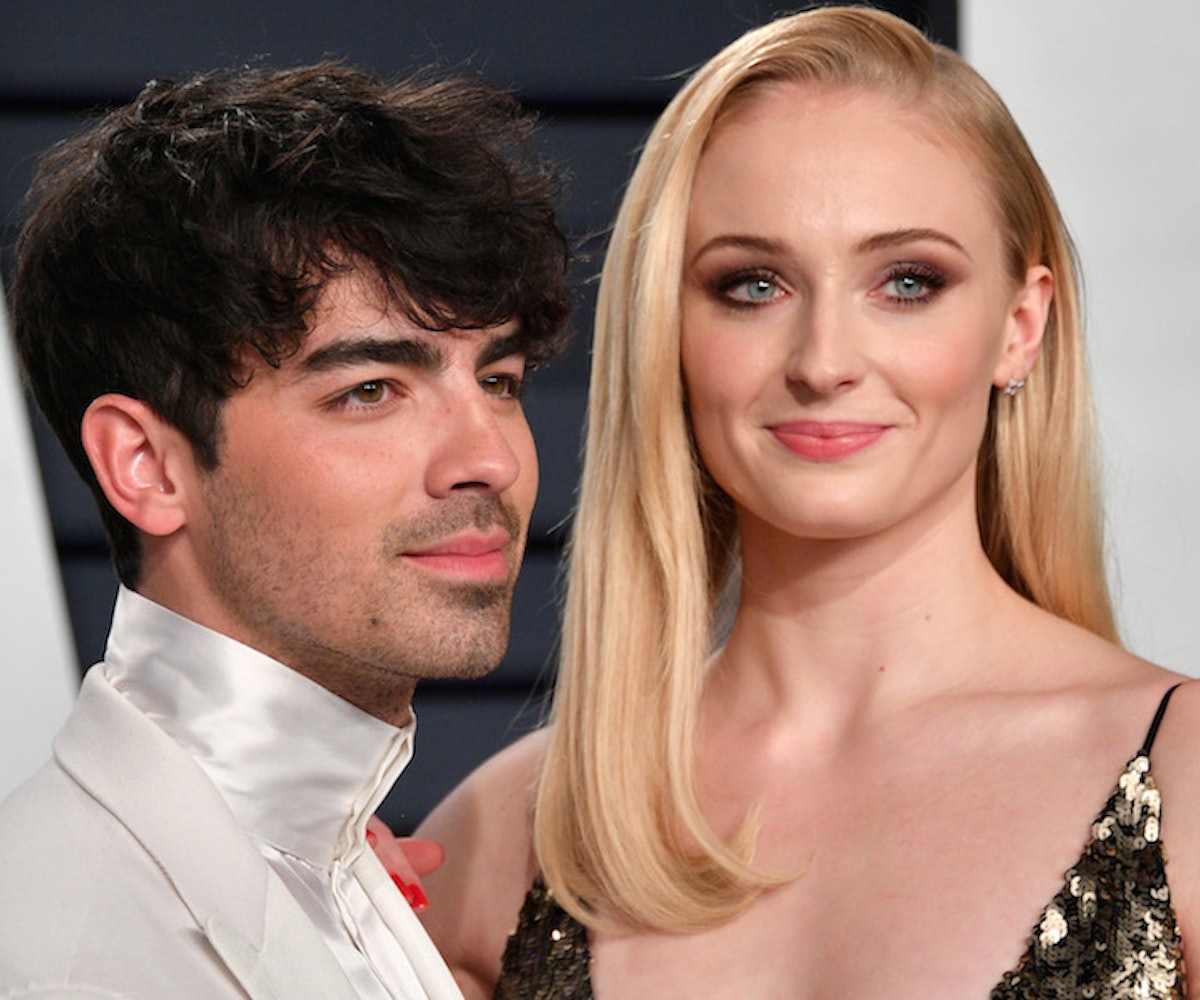 Sophie Turner and Joe Jonas have officially tied the knot, and it all went down after the Billboard Music Awards in Las Vegas. The couple had acquired a marriage license earlier that day, per Entertainment Weekly, and were hitched by an Elvis Presley impersonator in their spur-of-the-moment nuptials. Given that the only footage of the romantic occasion is what Diplo provided via his Instagram story, just a few striking details are clear at the moment—including the fact that these two are hopelessly in love.

Per the obviously super hi-res footage on Diplo's IG (I kid), Turner rocked either a silky jumpsuit or two-piece ensemble, but no matter, I'm dying over her choice to ditch the traditional dress (and, traditional wedding). All three Jonas brothers swapped out their darker suits from earlier in the evening at the BBMAs for gray and tan options, as well. As for her bridesmaids, well, it's not clear that her BFF Maisie Williams was present, but I'm sure Jonas sisters Priyanka Chopra and Danielle Jonas were at least serving serious looks just out of frame.

According to TMZ, the happy couple exchanged ring pops in lieu of actual wedding bands after walking down the aisle to Dan + Shay performing their hit "Speechless." The adorable love fest is definitely not the news Jonas stans were expecting to receive just after their world was rocked by a massive tour announcement, but Turner and Jonas are clearly soulmates, so it's impossible to be sad at the last chance to personally become Mrs. Jonas slipping away. Congrats to the happy couple!