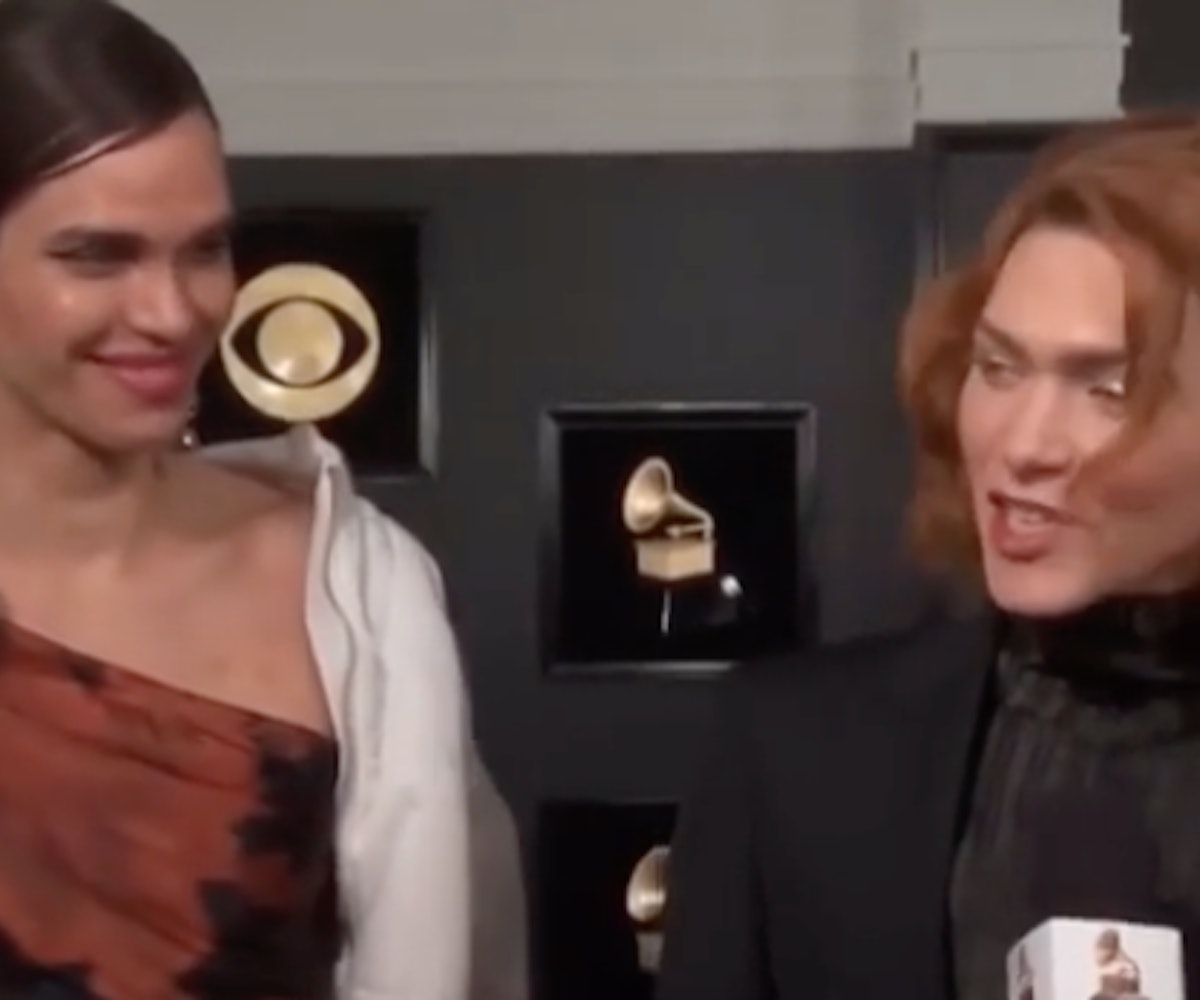 During an interview with SOPHIE, who was nominated for the Best Dance/Electronic Album award at this year's Grammys, two Recording Academy journalists appeared to have misgendered her during an interview.

While on the red carpet, SOPHIE and her partner, Tzef Montana, were stopped by two Recording Academy journalists, who began asking her about her music and what was next for her. SOPHIE spilled that she is currently working on producing albums for other artists. which led one journalist to ask for specific names or if they were still "under wraps." When SOPHIE was hesitant to give names, saying that she had "fallen into [that] trap before," one of the journalists seemed to have joked that "he's like 'not doing it again.'" He?

Aaron Philip posted the exact moment on Instagram, calling for the Recording Academy to "do something about this." Philip continued, "ok so the grammys nominated SOPHIE, a trans woman, for best dance/electronic album, brought her and her gf Tzef to the grammys, interviewed her, and misgendered her to her face? are you serious? that's sick."

SOPHIE is a trans woman, and Tzef identifies as non-binary, so there was no one with the he/him gender pronouns present in the interview. This looks like very obvious misgendering. You'd think that journalists working on behalf of the Grammys would at least know the correct gender pronouns for the nominees of the awards...