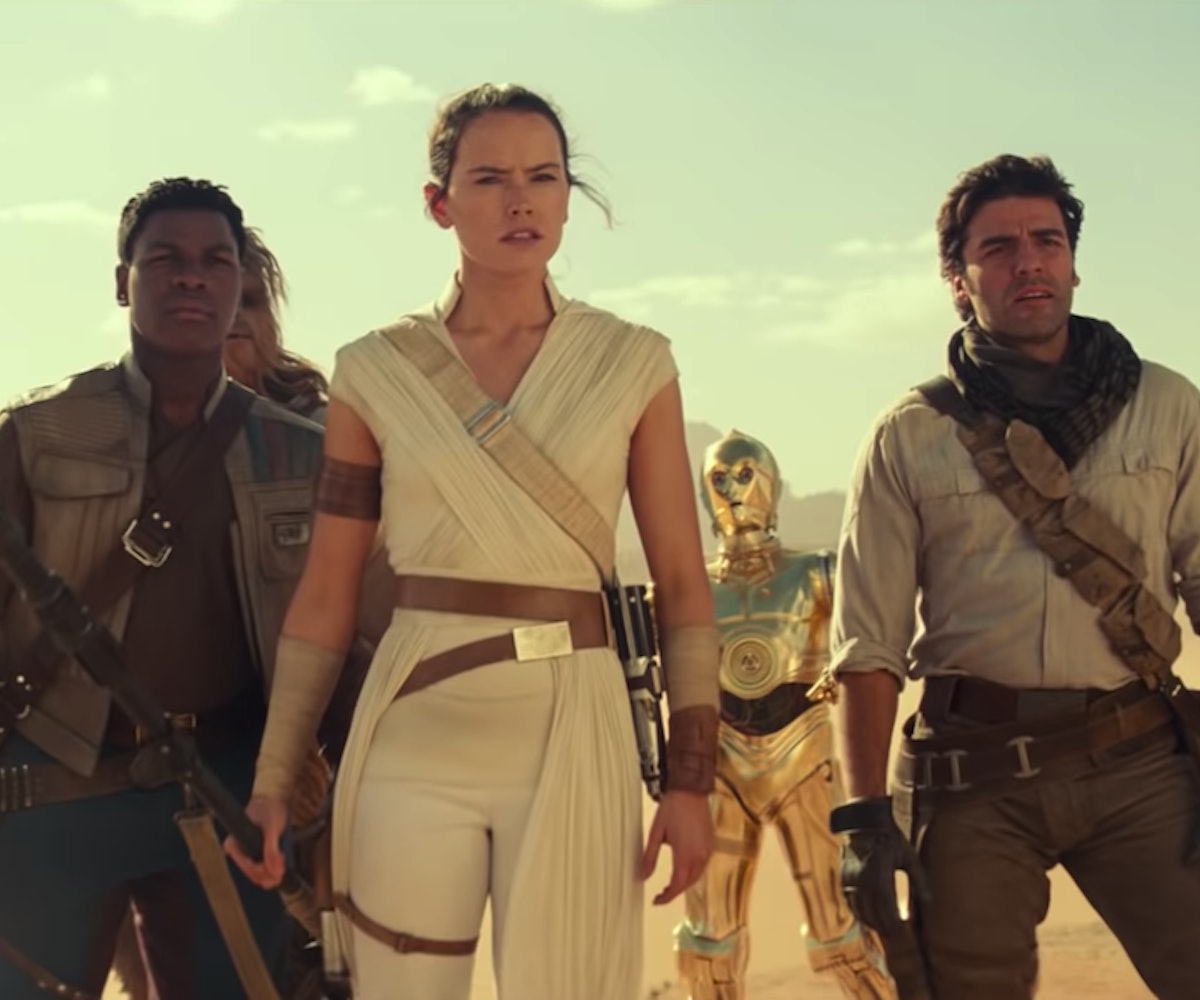 A first look at the final installment of the current Star Wars trilogy, The Rise of Skywalker, has finally arrived, and protagonist Rey (Daisy Ridley) may be taking a turn to the dark side. In just a few short moments, all that we thought we knew about her destiny is put up for questioning.

"We've passed down all we know. A thousand generations live in you now," Luke Skywalker (Mark Hamill) narrates over footage from episodes one through eight, "but this is your fight." Emperor Palpatine (Ian McDiarmid) resumes the narration, bookending tense scenes with Rey and Kylo Ren (Adam Driver) by stating, "Your journey nears its end." Rey seems to be wavering between the light and dark sides of the force; she's dueling with Kylo Ren on a cliff (or, perhaps, the remains of the Death Star) with a blue lightsaber, only to be shown with a dark hood draped over her head in the following scene, whipping open a dual-ended red lightsaber to fight off an offscreen combatant.

In other brief scenes, we see new character Jannah (Naomi Ackie) riding alongside Finn (John Boyega) in the cockpit, as well as a bit of the footage of Leia (Carrie Fisher), repurposed from The Force Awakensto involve the late actress in this final installment. We also see C-3PO as the droid sits up with new glowing red eyes (is he going to the dark side too? JK), and Poe Dameron (Oscar Isaac) looking as good as ever.