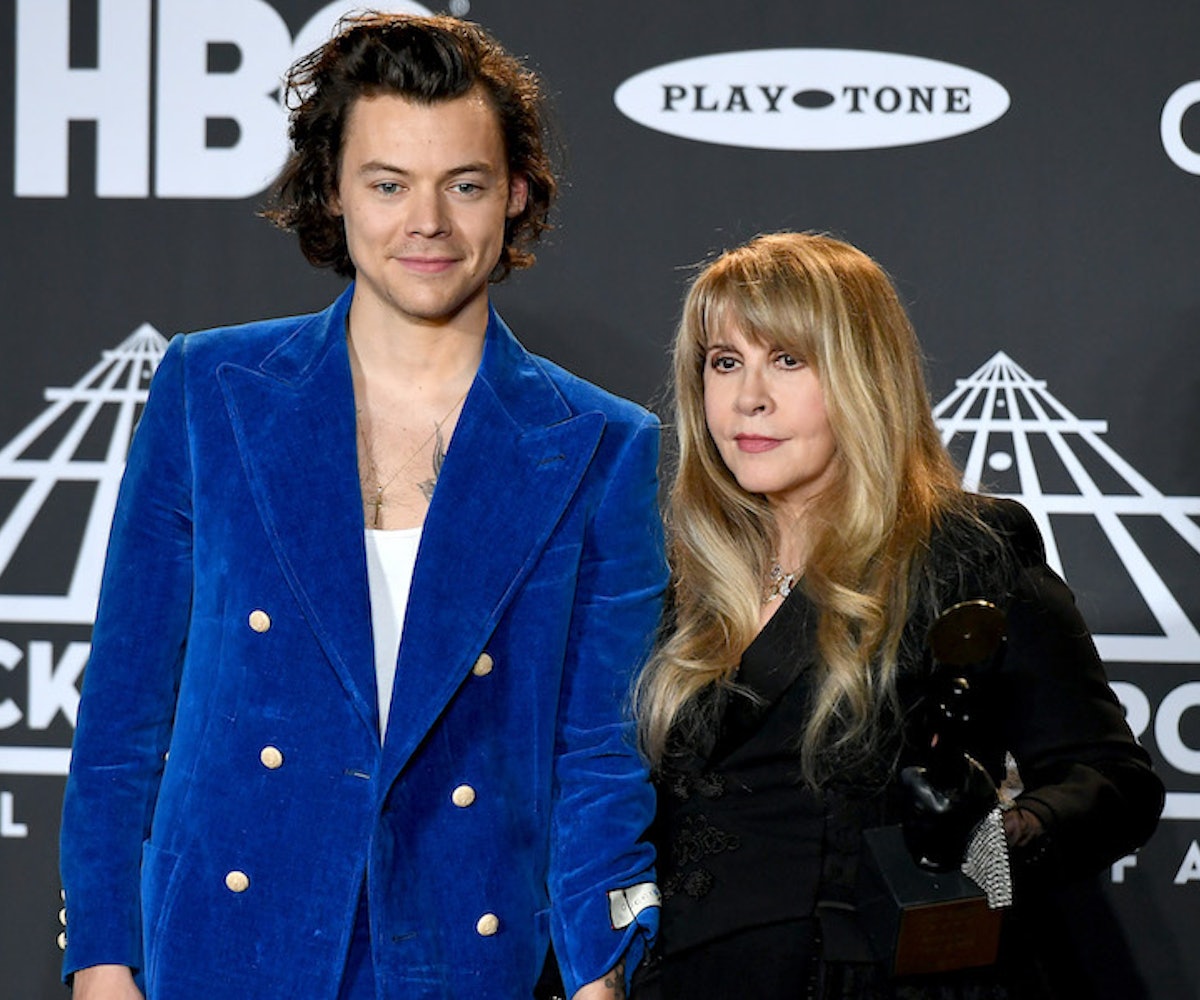 Rumours, the game-changing 1977 album by Fleetwood Mac, is widely considered to be one of the best albums of all time — beloved as much for its string of timeless hit singles ("Dreams" and "Go Your Own Way," to name a few) as it is for the numerousstories about the chaos that went on behind-the-scenes while recording it. All this is to say that having your album compared to Rumours would be considered a career highlight for any musician — particularly one who cites the band as a key inspiration. So I imagine Harry Styles, a noted fan, is on Cloud 9 right now. His most recent album, Fine Line, was not only compared to Rumours, but was done so by none other than Fleetwood Mac's lead singer herself, Stevie Nicks.

Nicks took to Instagram to upload a special note to her followers, providing an update to fans about how she's been surviving during coronavirus quarantine. After addressing her letter with "Dear Everyone," the famous singer continued by noting, "I know you are doing everything you can to help the situation we are all in."

She then launched into a detailed description about how she's been spending her free time. "I am staying in with my Goddaughters and my assistant Karen and all our dogs — Lily, Luna, and Mana — trying to think of creative things to do," she offered. Apparently, in addition to "getting all [her] paintings and drawings out," these "creative things" also include "listening to music," which she then clarified was "mostly Harry Styles' Fine Line." According to Nicks, the 26-year-old Styles' music has been a significant boon to her creativity. As she says, she is "inspired by him to write some new songs and poetry."

Before closing her letter out with some sound advice ("just dance" was part of it), Nicks delivered the compliment that will surely have Harry Styles screaming with glee. "Way to go H.," she said, referring to him by only his first initial like they've been best friends for years. "It is your Rumours..." (She underlined is to make sure everyone knew she wasn't exaggerating.)