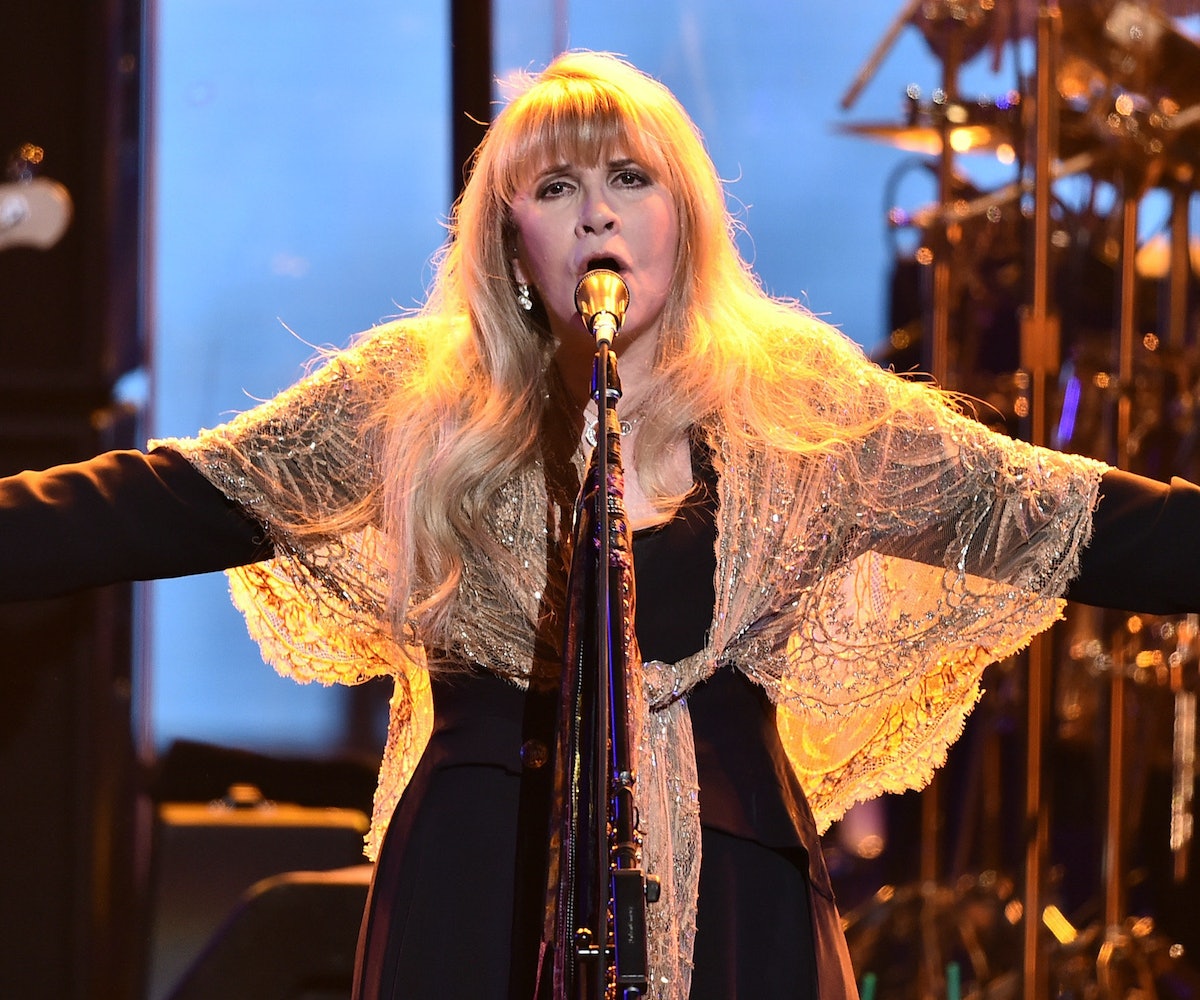 The Rock & Roll Hall of Fame is inducting Stevie Nicks as a member of its Class of 2019, NPR reports. Nicks, the queen of witches and just about everything, is being inducted after only her first nomination.

Of course, she was technically already inducted back in 1998 along with the rest of Fleetwood Mac, but she will now be honored for her solo career. She's in good company, too; alongside Nicks, six other artists will be inducted next year, including The Cure, Janet Jackson, and Radiohead.

Can you imagine the performances at the induction ceremony? Scheduled for March 29 in Brooklyn, the event will air later in the spring on HBO. Nicks is currently on tour with Fleetwood Mac, making stops across the U.S. and Canada before heading over to Europe.

Earlier this fall, Nicks made her return to American Horror Story, during which she performed a tear-jerking, stripped-down take on "Gypsy."