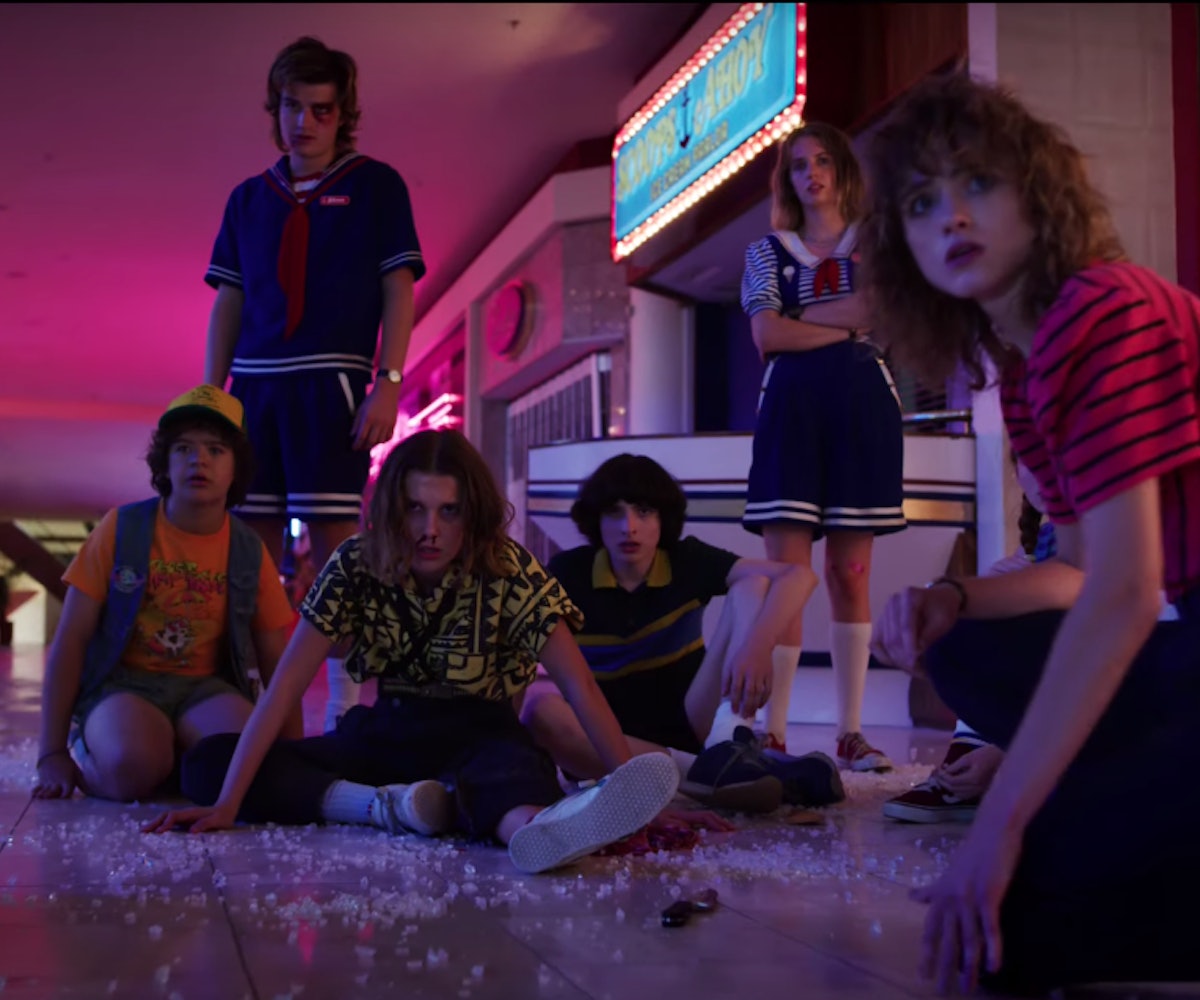 The first full-length trailer for Season 3 of Stranger Things just dropped, and it looks like all the people of Hawkins, Indiana are still really into the idea of living in a town where a bunch of monsters are set on killing them.

The trailer opens to the era-appropriate strains of Mötley Crüe's "Home Sweet Home," as a still-shaken Dustin has a complicated welcome home by his friends. (He sprays Lucas in the face with hairspray, because he's jumpy! But shouldn't these kids know by now not to jump out and surprise each other??)

The rest of the trailer is set to the tune of The Who's "Teenage Wasteland," which is, you know, not very era-appropriate because, lest you forget for one second that this show is set in the '80s, the sometimes over-the-top fashion choices will remind you of just that every other second. (We see you neon lace hair-bows and wide-lapeled blazers!)

There's a bunch of shots of idyllic adolescent lives—tramping through golden fields, splashing about in the town swimming pool, goofing around by a movie theater's snack stand—but some of the Stranger Things kids are in more of a hurry to grow up than others, with Mike saying bluntly, "We're not kids anymore. What did you think, we were just going to sit in my basement all day and play games for the rest of our lives?"

Uh, no, of course not. You're also going to be fighting inter-dimensional monsters, which is also something you were doing when you were younger??

Anyway, even though Mike wants to grow up, the past is always there to haunt him and everyone else, in the form of those pesky monsters. In between shopping at the mall, aerobics classes, and celebrating the Fourth of July, the kids of Hawkins are being hunted by slobbering beasts, and so are doomed to spend their time, you know, saving the world instead of more normal teenage activities. Oh, also? Eleven's nose still has a tendency to bleed and she is sporting a very on-trend-for-2019 long bob. Nice!

Stranger Things Season 3 drops on Netflix on July 4. Watch the trailer, below.