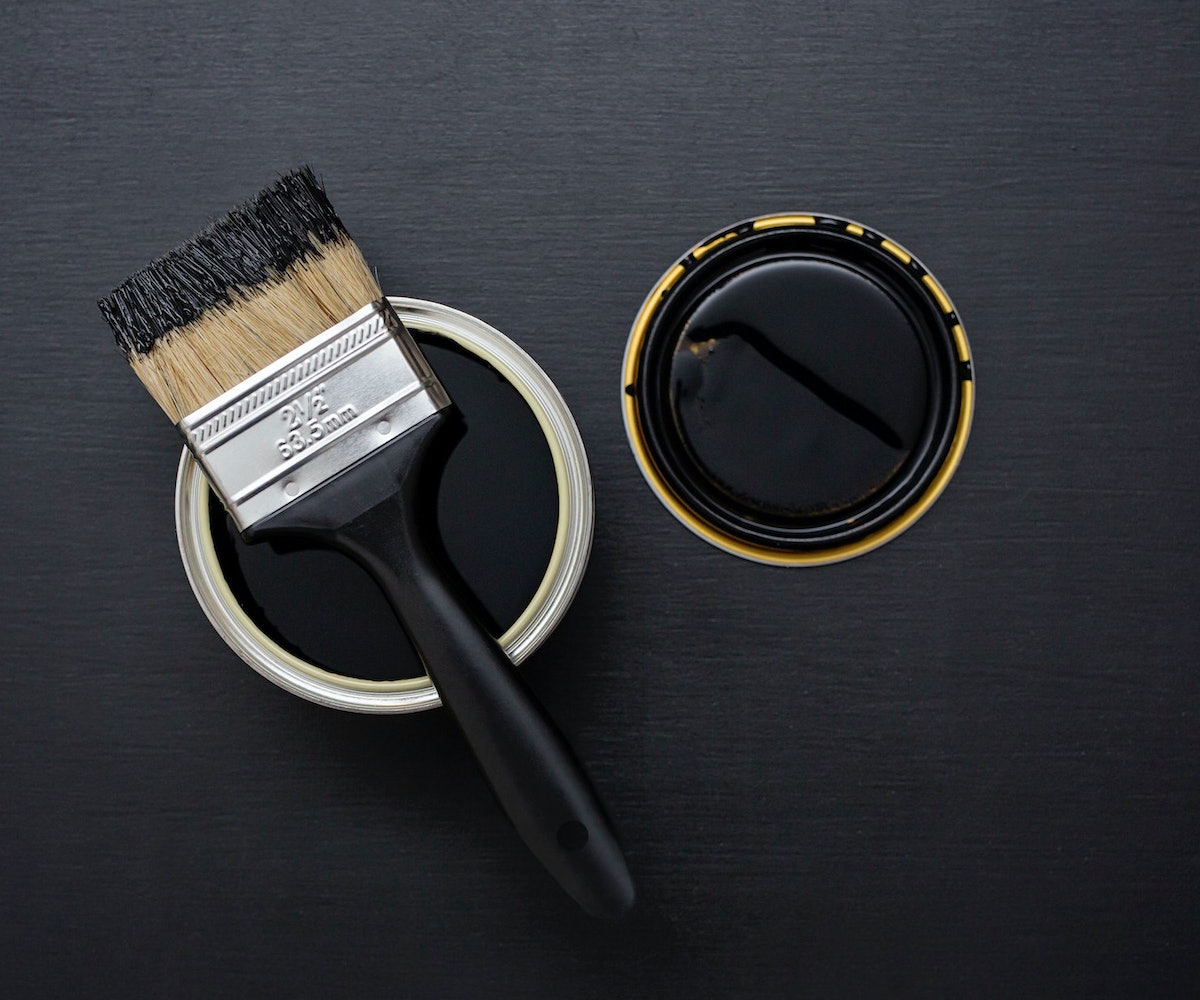 The blackest black paint available to the public just got even blacker. Artist Stuart Semple has created the most enviable goth hue, called "Black 3.0," which absorbs between 98 and 99 percent of visible light, according to Art News, and is, according to him, "the blackest black paint in the world." Previously, a similarly dark black shade called "Vantablack" was made, but artist Anish Kapoor held exclusive rights to use it, preventing any other artist on getting their hands on the emo dream.

Of course, Kapoor got his hands on it, and reacted predictably:

Back to place a check on Kapoor once again, Semple started a Kickstarter, looking for help from his fans to create the paint. "The holy grail of paints is the ultimate zero-point black," states the page. "We've been on a mission to create exactly that for a long while because we want all artists to be able to express themselves with awesome materials. The limits of your creations should be your imagination not how rich or successful you are." It took two years to finally achieve the perfect dark matte, but it was worth the effort and time.

Semple's Kickstarter continues to rapidly grow despite having surpassed his goal, with 49 days left to go: At the time of publishing, Semple has raised $90,977, which is almost triple his $32,816 goal.

"Black 3.0" has yet to hit Semple's web store and is only currently available as a reward via his Kickstarter, but his previous iteration, "Black 2.0," retails for $16 here, if you can't wait for the arrival.