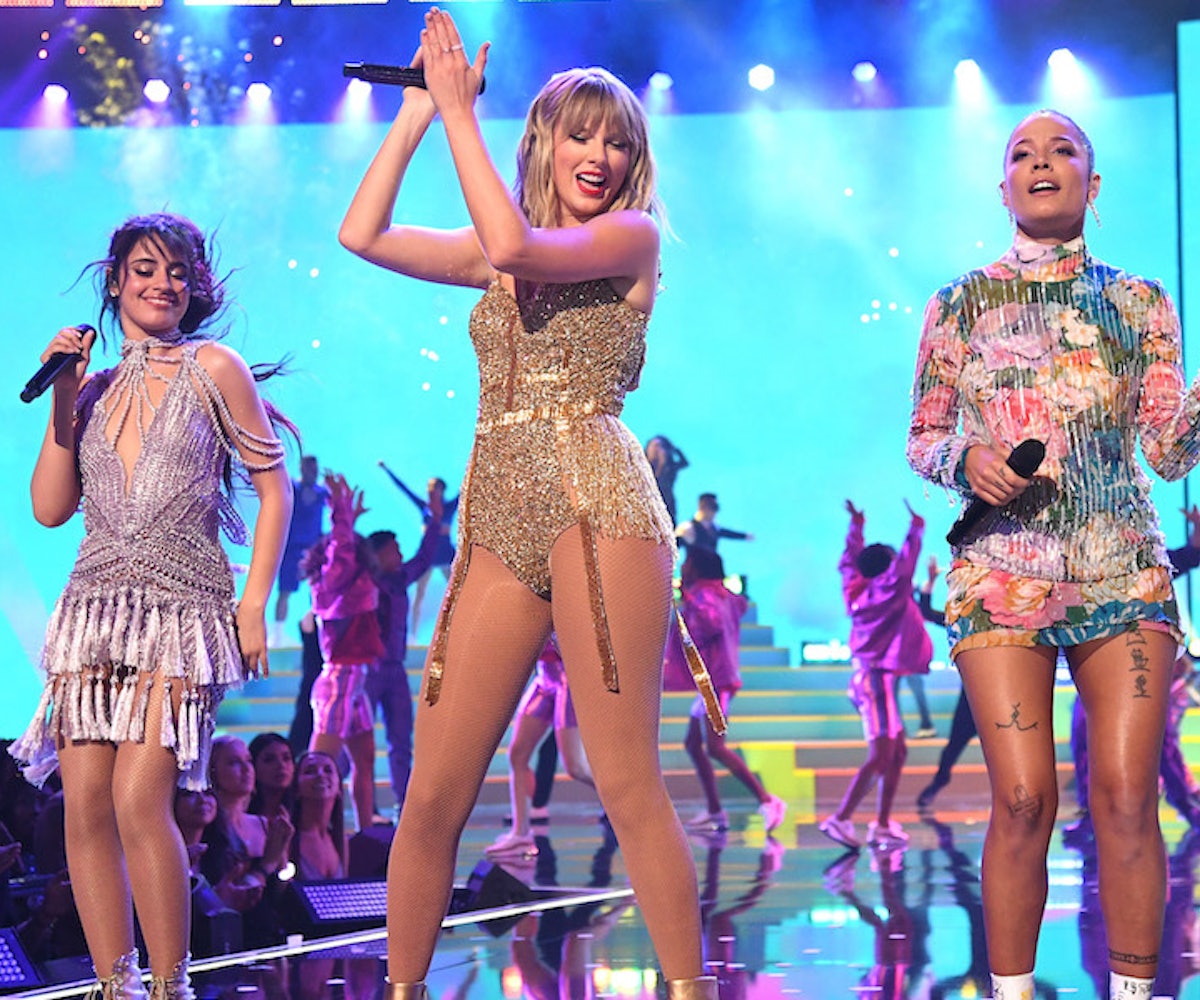 Taylor Swift was able to perform pre-Loverera music after all at the 2019 American Music Awards on Sunday, and she definitely made the occasion count. The recipient of the inaugural Artist of the Decade award performed a medley of her biggest hits, despite worries earlier this month that Big Machine Records would put a stop to her plans. The pop star was joined by supporters, friends, and a large squad of dancers to cap off her 2010s reign, and it was major.

Swift started out her performance center stage with Lover hit "The Man", joined by a crew of young girls in matching white button-down shirts to dance alongside her to the feminist anthem. Her costume was an obvious nod to the drama she's still currently entangled in with Big Machine Records: Swift's shirt bore the titles of her six albums released with BMR — the six albums she is fighting to own the masters of — from her self-titled debut to 1989. The fact that the track's subject matter parallels her current public battle for her masters made the performance even more satisfying.

Later in the medley, Swift was joined onstage by Halsey and Camila Cabello for 1989 single "Shake It Off". Of course, she tossed aside the boxy white shirt to show off a glittery gold bodysuit for the rest of her show-stopping performance. Watch clips from the medley below.